Cervical cancer is one of the few cancers that can be successfully prevented and get treated completely.

Cervical cancer is one of the most common cancers in women. However, if detected early and managed effectively, it is one of the most successfully treatable kinds of cancer. According to the World Health Organization, cancers diagnosed in late stages can also be controlled with appropriate treatment and palliative care.

We spoke with Dr. Sanjiv Chopra, Chief Executive, Tata Trusts Cancer Care Programme, to learn more about the symptoms of Cervical Cancer and how to reduce the risk of it.

Cervical cancer is probably the most common cancer of the female reproductive tract in India, Asia and in fact the whole world. 99% of cervical cancer cases happen due to persistent infection with human papilloma virus (HPV), a sexually transmitted disease. Most sexually active women get infected with HPV at some point during their lifetime. In most cases, the infection clears out on its own and, in very few cases, the infection persists and progresses to precancerous stage and if untreated subsequently to cervical cancer over a period of time.

When To Get Checked? 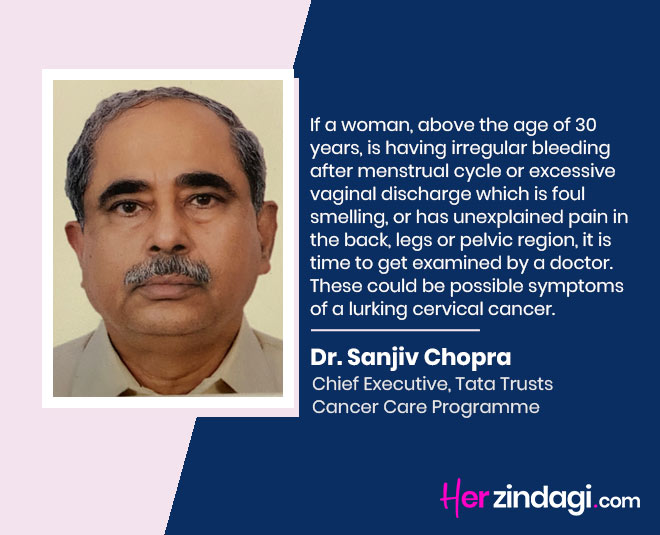 If a woman, above the age of 30 years, is having irregular bleeding after a menstrual cycle or excessive vaginal discharge which is foul smelling, or has unexplained pain in the back, legs or pelvic region, it is time to get examined by a doctor. These could be possible symptoms of a lurking cervical cancer.

Additionally, pain and bleeding during intercourse, irregular bleeding after menopause and sudden loss of weight and appetite, over a period of time, are also generalized symptoms of cervical cancer and should be addressed. 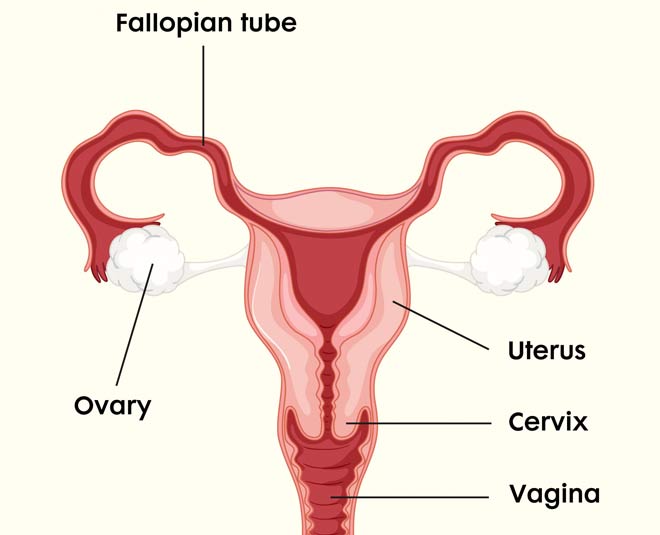 Lifestyle factors like unsafe sex practices (having more than one partner), smoking etc. increase the risk of developing cervical cancer. A young woman who has had more than three children in quick succession is at higher risk of developing cervical cancer. At the same time, a woman who has consumed oral contraceptive pills for over five years is also at risk. Low immunity and bad hygiene add to this risk.

However, in most cases, cervical cancer has a long gestational period. With regular screening it is possible to diagnose it early in a non-invasive precancerous stage before it develops into an invasive cancer.

Read more- Cervical Cancer Vaccine: When Should You Go For It

All sexually active women should get themselves screened regularly. Screening helps to detect the precancerous disease. Screening tests include cervical cytology (Pap smear test), VIA (Visual inspection with acetic acid) or HPV testing. Screening should begin at the age of 30 and should be done every 5 years till the age of 65. Women, who have received abnormal results for screening, should get themselves assessed every 6 months to one year as per their doctor’s advice.

What If The Screening Is Not Done?

If screening is not followed as advised, women may develop advanced cervical cancer. In such cases, doctors do physical examination and diagnostic tests to find out the stage of the cancer. In those cases, often a cervical biopsy is needed initially. Biopsy means removing a small sample of tissue from the cervix and getting it examined by a pathologist. The pathologist examines the tissue for abnormal areas including pre-cancer or cancer and type of cancer. Then imaging is needed, which helps to determine the size, extent and spread of the cancer to guide further treatment. Based on these findings, doctors determine what is called the “clinical stage of the cancer” which describes the extent of the cancer spread .

The FIGO (International Federation of Gynecology and Obstetrics) staging system is used most often for cancers of the female reproductive organs, including cervical cancer. Cervical cancer stage ranges from stages I (1) through IV (4). The lower stage number means less spread of cancer. A higher stage number, such as stage IV, means a more advanced cancer. Each stage has many subdivisions.

For simplicity staging is as follows:

Read more: 5 Types Of Cancer Every Woman Should Know About

The treatment options available for cervical cancer include surgery, radiation therapy and systemic therapy. The modality of treatment is determined by different factors, like age and clinical condition of the patient, type and stage of cancer etc.

In early stages, when there is no spread to surrounding tissues or beyond, surgery and/or radiotherapy offers similar cure rates. In advanced stages, often combined treatment of radiotherapy and chemotherapy (chemoradiation) or sometimes chemotherapy alone is required to adequately control the disease in a hope to achieve cure. The type of surgery depends on the stage of presentation. Radiation therapy uses high energy x-rays to destroy cancer cells. It can be given alone, instead of surgery or in combination with chemotherapy.

Systemic therapy is the use of intravenous or oral medications to destroy cancer cells. This includes chemotherapy, immunotherapy and targeted therapy. Often they are used in combination with other modalities of treatment viz. radiotherapy or surgery as a part of the treatment plan.

So the final take home message which we have to understand is, if caught in pre-cancerous to early stages, the cervical cancer can be treated easily and a life can be saved.

Most importantly, cervical cancer is one of the few cancers which can be prevented and completely treated.

I hope you found this story helpful. For more such stories, stay tuned to HerZindagi!