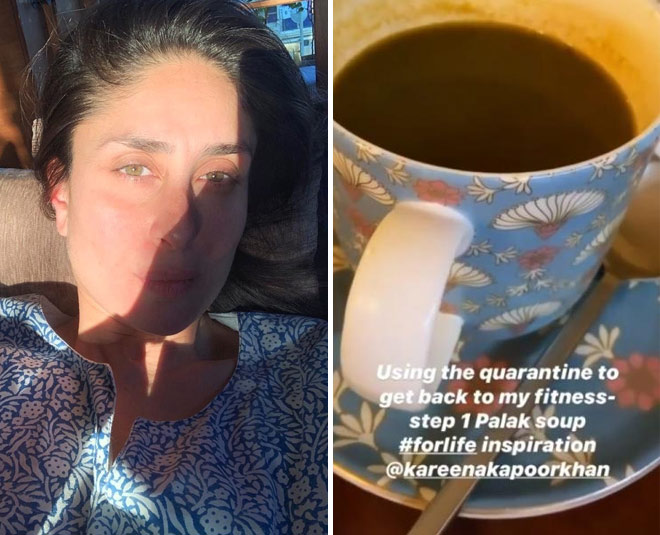 Producer and co-owner of Fashion line Rheson, Rhea Kapoor took to Instagram and shared her latest holy grail for fitness and that is the good old palak soup that was suggested to her by actress Kareena Kapoor. Not just this soup, Birthday Girl Kareena Kapoor Khan, who is expecting her second baby soon, also suggested another in the comment section.

Amid Coronavirus when the entire world has somewhat come to a standstill, offices are being shut down, public gatherings are being discouraged, theatres have been shut, etc, some people are making full use of this time when they are quarantined. In Italy, people are singing outside their balconies and in India, celebs are using this time to spend on themselves. This time Rhea Kapoor shared a picture of soup and shared that she is using this time to get back to her fitness and thanked the just tuned 40-year-old Kareena Kapoor, who hardly looks her age, for the inspiration. 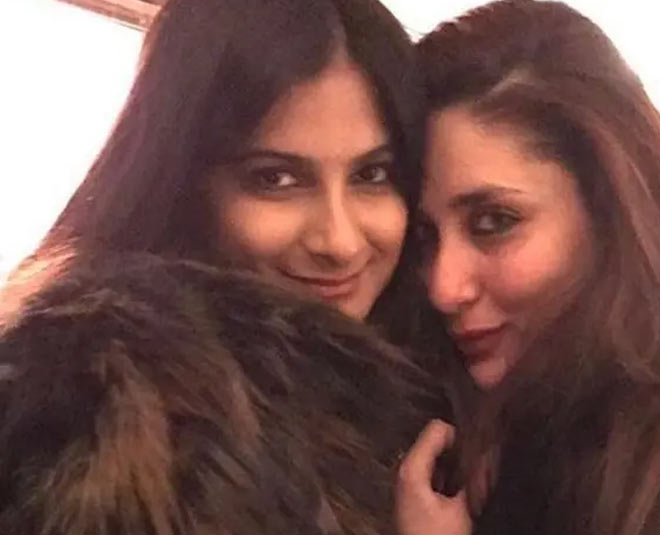 Amid COVID 19, Kareena’s Veery Di Wedding producer and Sonam Kapoor’s sister, posted a pic of a cup with the caption: “using the quarantine to get back to my fitness- step 1 palak soup #forlife inspiration @kareenakapoorkhan.” To which Kareena replied with a suggestion of trying another soup. She wrote: "Start Dudhii soup too..”

Kareena made her Instagram debut on March 5 and since then fans have been closely following all her posts. They have been hooked to what she will share next. Just a few days back she shared a pic of her detoxing her skin with a glow face sheet mask which sure went viral and people found where should one buy it from and how much will it cost.

The actress even shared images of Taimur and Saif, Holi celebration pictures and just now the Angrezi Medium actress posted a photograph of her soaking in the sun, in bare skin, sans makeup.

On the work front, Kareena has been busy filming for Laal Singh Chaddha. Just a few days back, she shared a picture of herself and Akshay Kumar while travelling. Speaking of Coronavirus, celebs have halted their shoots like Aamir Khan has halted the shootings of films and TV until March 31.

Besides Laal Singh Chaddha, Kareena will next be seen in Karan Johar’s Takht which will also have Alia Bhatt, Janhvi Kapoor, Bhumi Pednekar, Ranveer Singh, and Vicky Kaushal. Kareena will be collaborating with Rhea Kapoor yet again for a sequel to Veery Di Wedding.

Stay tuned to HerZindagi for more fitness tips from Kareena and celebs.