Visit The God's Own House Harihareshwara Temple In Karnataka

Harihareshwara Temple also known as God’s own house is dedicated to the combined form of Lord Vishnu and Lord Shiva. Read on to know everything.

The Minister of Development of North Eastern Region of India, G. Kishan Reddy recently posted a beautiful video of the wonderful temple, Harihareshwara temple in Karnataka. He added in his post that the temple is believed to have been built in the 12th Century, which is also known as God’s Own House.

This wonderful temple is dedicated to Lord Harihareshwara which is the union between Lord Hari (Lord Vishnu) and Lord Hara (Lord Shiva), stated G. Kishan Reddy in his tweet.

Harihareshwara temple in #Karnataka, believed to have been built in the 12th Century is also known as God’s Own House.

This wonderful temple is dedicated to Lord Harihareshwara which is the union between Lord Hari (Lord Vishnu) &Lord Hara (Lord Shiva)@BSBommai@KarnatakaWorldpic.twitter.com/cZU8zQExW4

The Harihareshwara Temple is located near the town of Harihar in the Davanagere district.

The temple is surrounded by the hills of Harihareshwar, Pushpadri, Harishinachal and Bramhadri and is known as the God’s Own House. The place boasts of clean and pristine sandy beaches. These days, the place is gaining huge importance as a popular tourist place. The temple is an abode of Lord Vishnu.

Don't miss: Visit These Shiva Temples At Least Once In Your Lifetime 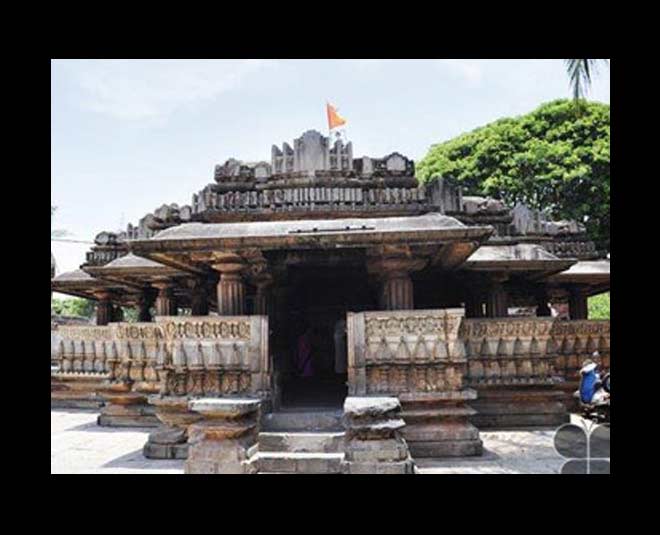 The temple has a very interesting story. According to mythology, the demon Guha appeased the creator of the universe and received a "vardan,"  with it. According to the vardan or boon, neither Shiva (Hara) nor Vishnu (Hari) could defeat him alone. Guha began torturing the gods in the Indralok and the humans in the prithvilok, and it grew increasingly difficult for everyone to bear with this. Because neither Shiva nor Hari could defeat Guha on their own, they united together and formed Harihara to destroy Guha. This incarnation is said to have taken place in Kudalore, where the rivers Haridra and Tungabhadra meet.

Don't miss: 5 Women-Only Temples In India Where Men Are Not Allowed 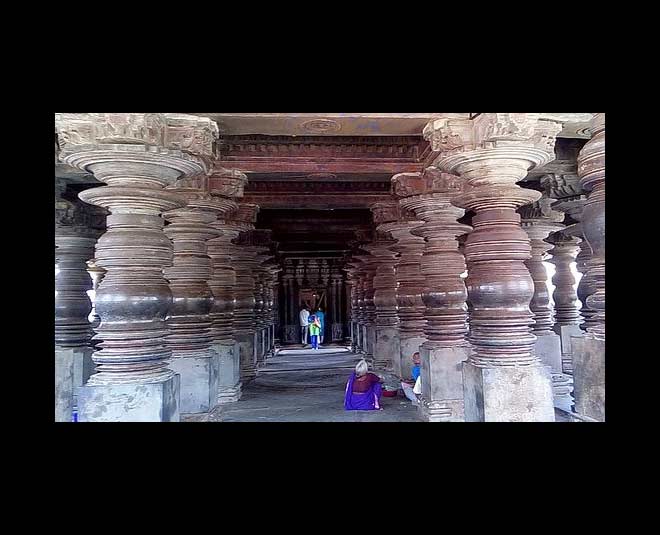 The temple has a mesmerizing look with huge pillars and intricate stone work along the roof and walls. It resembles that which was normally used by the Hoysala dynasty. The hall, also called Mantapa, is square in shape and the pillars, ceilings have incredible architecture and decoration which resembles lotuses. The temple houses very interesting contemporary Kannada inscriptions which people find very attractive. The carvings on the pillars are very intricate which will surely admire every history lover.

The temple was constructed in the era of Shivaji Maharaja.

Harihareshwara Temple is often referred to as the "Kashi of South India."The ‘Harihar’ or “Pushpadri’ hill is situated on the seashore.

The carvings and sculptures clearly depict the era of Bajirao Peshawa who ruled in the year 1723.

You can visit this place for a wonderful experience.