Check Out These Must Visit Destinations In Karnataka

Karnataka is an amazing State that has numerous hidden treasures that are waiting to be found. Here they are.

Karnataka is usually misconceived as a state filled with mega towns, concrete jungles, big buildings, and whatnot. This misconception is usually driven by people usually associating with the silicon capital of Banglore with superior life and lifestyle. But, Karnataka on the other hand is more than just that!

It is an amalgamation of megacities, amazing destinations, tiger reserves, beaches, a lot of ancient temples, villages, and spectacular beauty. It is very diverse in culture as well as landscapes, therefore is considered as an ideal tourist destination. Here are some places you must visit while you're in Karnataka. 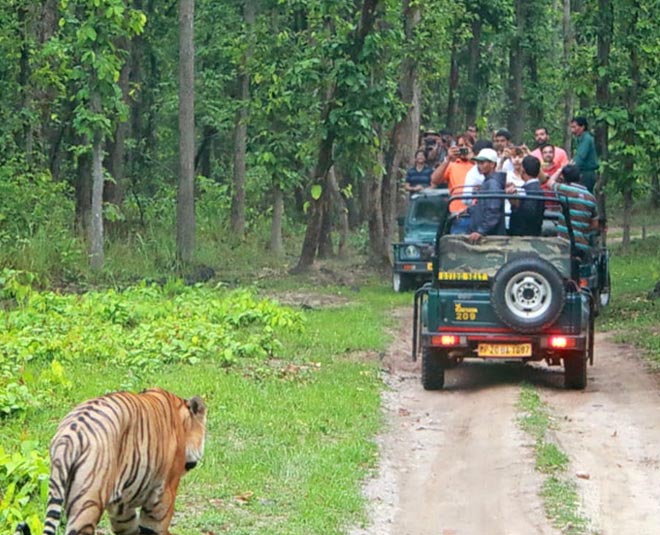 Bandipur National Park is a wildlife preserve national park situated about 80 kilometers from the city of Mysore in the state of Karnataka. It was established in 1974 as a tiger reserve and a part of the "Project Tiger" movement. The park has an estimated area of 874 km² and since its establishment, has managed to attract a large number of tourists and nature enthusiasts to witness its majestic beauty.

If one happens to be lucky enough, one can spot a wide range of wildlife including the Bengal tiger, Indian leopard, and the great white elephant. 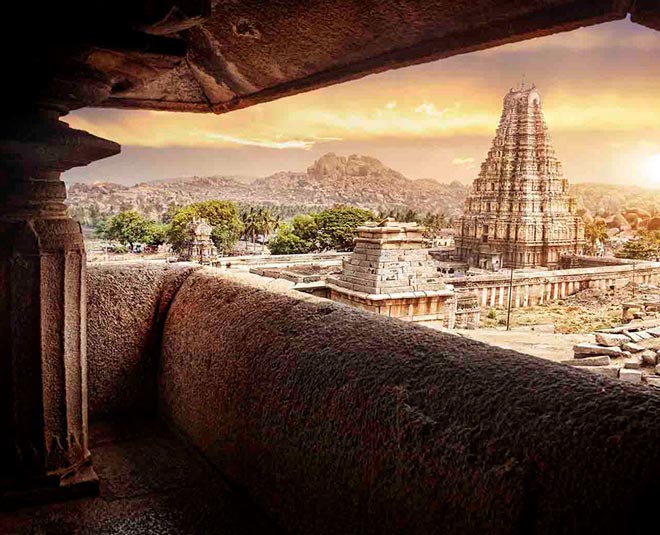 Hampi is an ancient village situated in the Vijayanagara district of the state of Karnataka. This ancient village was established in the 14th century and it temporarily became the capital of the Vijayanagara empire. Because of its ancient origin, the village of Hampi holds some important historical significance. By the beginning of the 15th century, Hampi was considered to be the second-largest medieval-era city after Beijing. Hampi is characterized by its architecture, structures, and numerous temples across the village, which are mainly carved out of massive stones. Even though most of the city is now just full of ruins, but it's still so beautiful that UNESCO has declared it a world heritage site. If you happen to visit here while on a trip to Karnataka, make sure that you witness the majestic sights of forts, riverside features, temples, the royal complexes, etc. 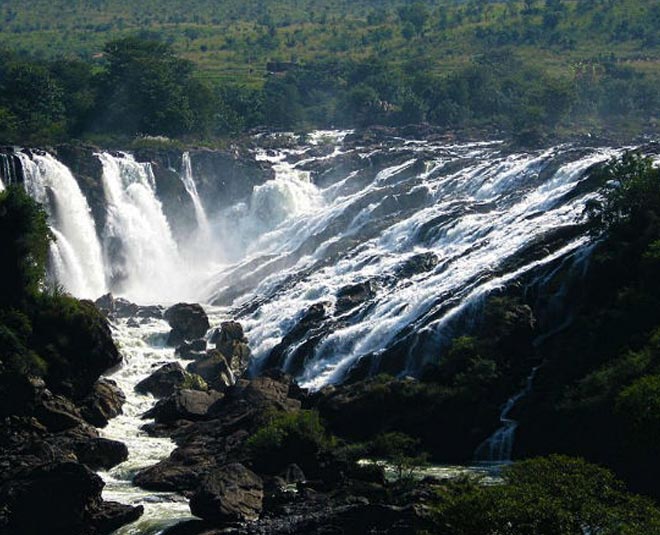 Shivanasamudra falls flow along with the Kaveri river situated in the Chamarajanagar district of Karnataka. There's an island town in between the Kaveri river which divides the waterfalls into two just a few kilometers before the cliff. The drop is estimated to be around 400 feet in depth. Also, there are many ancient temples found around these waterfalls which is one of the reasons why this place has managed to attract a significant number of visitors to witness its beauty. This place is ideal for nature lovers and travelers seeking some peaceful instances within the forest away from the hustles of social life. If you happen to be in Karanataka, this place is a must-visit.

Don't miss: Top 10 Places Every Traveller Must Visit During February And March

As the name suggests, Mysore Palace is a royal palace based in the city of Mysore which holds a 100-year long historical significance. It started out as the official residence of the Wadiyar Dynasty, and while Mysore is commonly referred to as the city of seven Palaces, Mysore palace in itself is the oldest one of them being situated in the premises of the old fort known as puragiri. Ever since its establishment, the Mysore palace has been declared one of the most famous tourist destinations in India after the Taj Mahal. So, while you're in Karnataka, this place is worth a visit to witness the breathtaking panoramic views of this splendid work of Architecture.

Don't miss: Tourism Festivals Around India That You Can Attend In February 2021

If you liked reading this article stay tuned to Her Zindagi for more such pieces.