Biryani VS Pulao: What Is The Difference?

Biryani and pulao are not the same. Read on to know the difference between them. 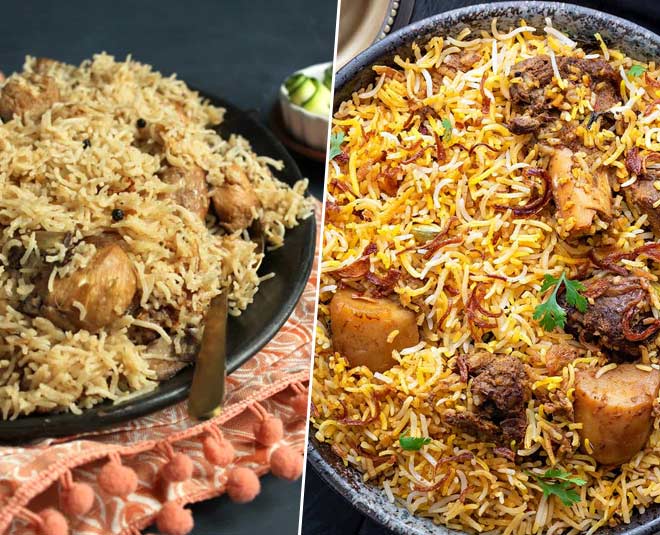 Both biryani and pulao are two of the most popular dishes in all the regions of India. However, preparation style and taste is different everywhere. Although, both of them are rice dishes and seem to be the same but are actually different from each other which most people don’t understand. Read on to know all about biryani and pulao along with the difference between the two. Biryani is originated from the word “Biriyan Kardan’ which actually means to fry or cook. In Hindi, it basically means ‘khane ko bun-na’. In this dish, meat is cooked or stir fried in fat along with various spices before it is added to the rice.

As a large quantity of rice and meat were used to cook biryani, therefore, layering of meat and rice started. Unlike pulao where the rice and meat are mixed, both elements in the biryani are layered on top of each other.

Biryani originally originated in Persia/Iran. From there, it was brought to India. Biryani mainly flourished in Delhi as it was the epitome of power at that time and then it went to other states. It was modified according to the ingredients and the rice quality of each region. 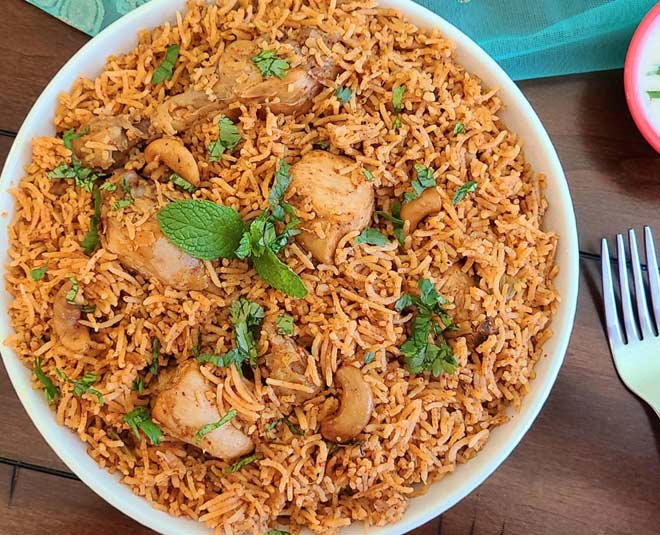 Pulao (tricolour pulao recipe) is a dish where rice and meat are cooked together. In this dish, meat is basically boiled or stewed along with fat, spices and other ingredients and soaked rice are added. As the dish is cooked on a low flame, the meat slowly gets tender and the flavour of the meat is absorbed in the rice. There is a basic difference between biryani and pulao. While cooking biryani, meat is fried and then heavy spices and condiments are added to it along with rice while it is cooking. On the other hand, the meat in pulao is not stewed rather than fried. Also, spices used are on the lower side. Although, as the times have changed, some variations of pulao also use heavy amounts of spices.

Don't Miss: Street Foods That You Should Definitely Try In Puducherry

Other than this, biryani is always prepared in layers as said earlier. At least one layer in biryani is dedicated to meat or vegetables and one for fried onions. On the other hand, there is no layering involved in the process of cooking pulao. The meat, vegetables and rice are sautéed together and then cooked in water.

Many people do get confused between biryani and pulao but it’s actually not their fault as the two food items do have some similarities.

For more such stories, stay tuned to HerZindagi!
Update/ Correction: It was previously mentioned in the article that biryani originated in India. This information was incorrect and has been rectified.
Disclaimer