Love cooking pasta and noodles but tired of them sticking together? Learn how to correctly boil them to keep this from happening! 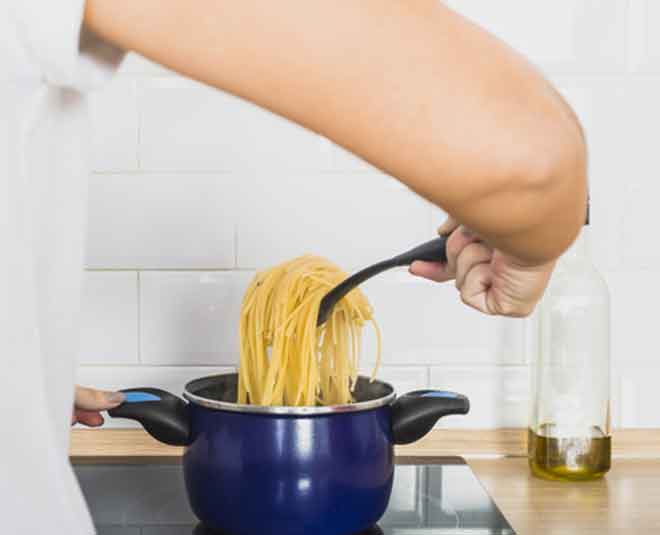 Who doesn’t like savouring yummy noodles and pasta! Eating them feels nothing less than a party in the mouth. However, when it comes to cooking them, things start looking a bit difficult, as the procedure is long and tricky. The key is getting the sauce and consistency of the pasta or noodles right. While the small-sized pasta like penne doesn’t create many problems, the long ones, on the other hand, mess the idea of having a great meal often. After boiling the long pasta or noodles the strands tend to stick together, either creating problems while cooking or breaking in between. If you don’t want this to keep happening, learn the right way to boil them with the help of these easy-peasy steps.

Boil Water In Prior

Always and I repeat always let the water boil first and then dump the noodles in it. If you put the noodles before, the strands will eventually become mushy and gummy. Adding noodles in the water already lower down its temperature forming clumps. So if your water isn't even boiling at the beginning, the chances of them sticking to each other increases. You want the water to at least stay lukewarm when you add noodles or pasta (Indian style masala macaroni cheese pasta)in it, that’s why always begin by boiling the water.

Don’t Cover Your Pasta With Lid At Forget 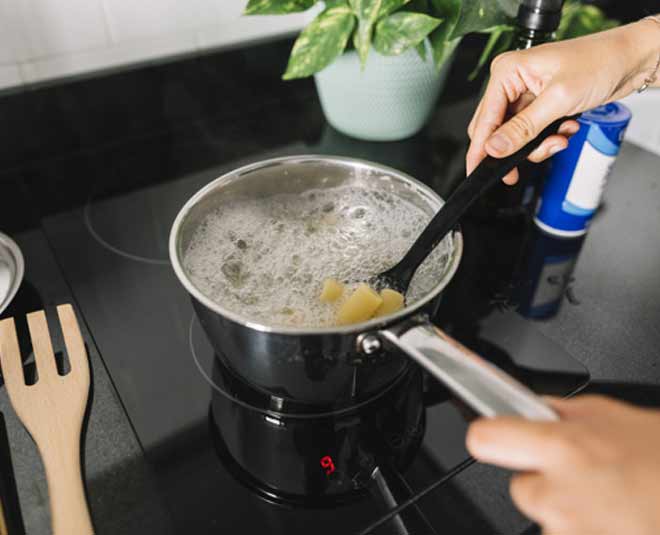 Often people add their pasta in a pot full of water, cover with a lid, and gets busy on their phones. This won’t do any good to your pasta. During the first two minutes that you dump your noodles into boiling water, the strands are stay covered in a sticky layer of starch. If you leave them as it is they will definitely stick, but if you keep stirring them continually the noodles will not stick to each other and stay long separate strands.

Don't Miss: These Butter Hacks Will Make Your Cooking A Lot More Easier

The salt is mainly for the taste of the noodles or the pasta. But adding it also has another advantage. The salt helps to cut the starch that surrounds the pasta. Yes, the salt (common mistakes everyone makes while using salt) is not likely to make too much of a difference, but adding it has favourable benefit. Also, don’t keep the quantity of the salt a lot, if the noodles are fragile the salt might also end up weakening it to further break while cooking.

No Oil In Water If You Plan On Adding Sauce 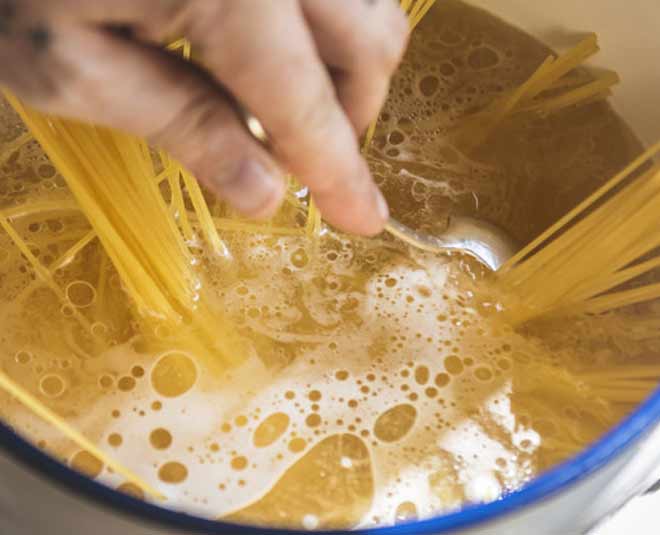 There is no doubt that oil helps the pasta to stick less, but if you think about it, the oil also makes it very slippery. You don’t want your pasta to be not covered with that delicious sauce you prepared because of the grease. And let’s admit it there is no fun in having a bowl full of pasta whose sauce ends up at the bottom and not on your palate. However, if you're planning to consume your noodles buttered or with olive oil only, then you need not worry about adding oil to the boiling water.

Rinse Only If You Plan To Eat Right Away

Pasta is something that one can enjoy at any point of the day and that’s why many just preserve them in the refrigerator after boiling and rinsing them. But only when you plan to eat your noodles or pasta right away, you should wash it. When storing in your refrigerator don’t wash it thoroughly, do it when you take out to cook it again. This will remove everything that is deposited on it.