Year Ender 2021: Bollywood Celebrities Who Welcomed Their Babies This Year

Here is a list of celebrities who announced their pregnancies and welcomed their babies in 2021.

A lot of couples embraced parenthood in the year 2021. Many announced their pregnancies at the beginning of this year and became parents in the second half of this year. With this year coming to an end, we thought of taking you back to the pregnancy announcements made by telly and Bollywood celebrities in 2021. 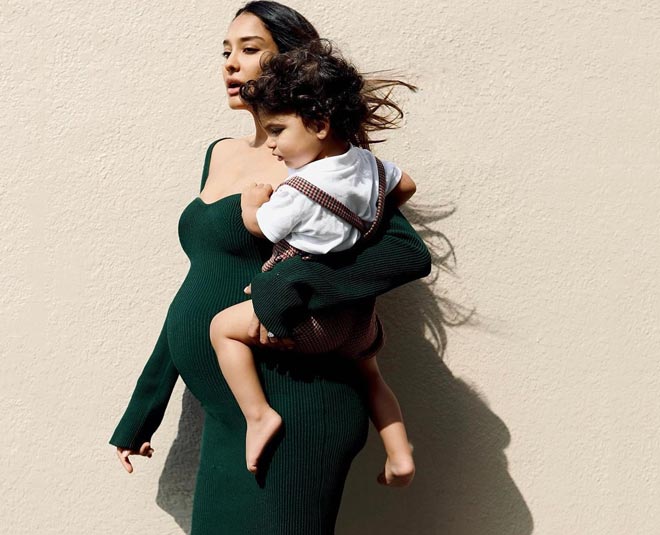 Lisa Haydon had announced her third pregnancy in the month of March this year. She shared a picture of her flaunting the baby bump and captioned it, "With my very little woman." She welcomed her baby girl with husband Dino Lalvani in July. 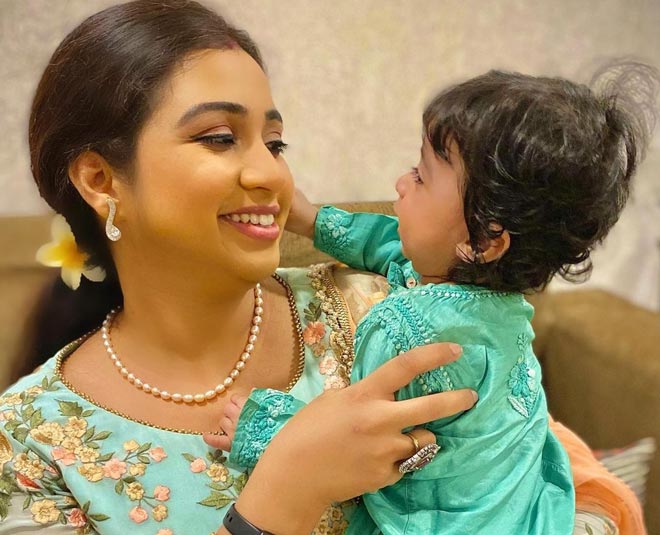 Singer Shreya Ghoshal and husband Shiladitya announced their pregnancy in the month of March. Shreya Ghoshal announced the good news with a picture of herself flaunting her baby bump on Instagram with the caption,  “Baby #Shreyaditya is on its way! @shiladitya and me are thrilled to share this news with you all. Need all your love and blessings as we prepare ourselves for this new chapter in our lives.”

In the month of May, Shreya Ghoshal and Shiladitya welcomed their baby boy, Devyaan Mukhopadhyaya. 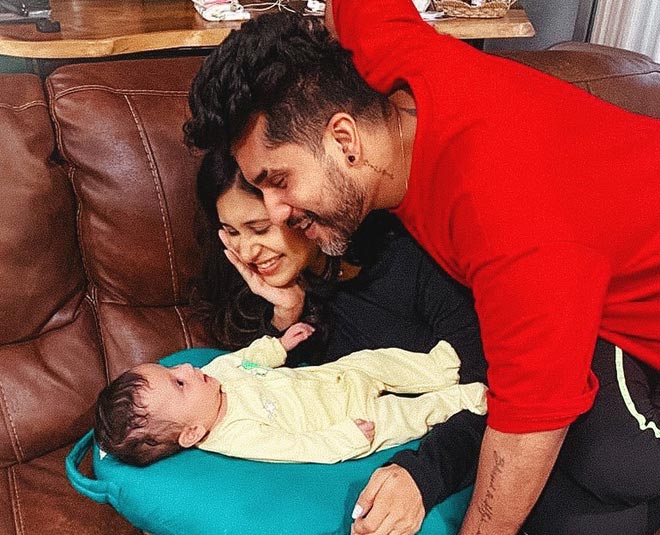 Kishwer and Suyyash announced their first pregnancy in the most special way. In their pregnancy announcement picture, Kishwer Merchant and Suyyash Rai were seen on the beach with the latter sitting down on one knee with the former touching her belly. 'August 2021' was written on the sand and a pair of baby boots were placed close to it. 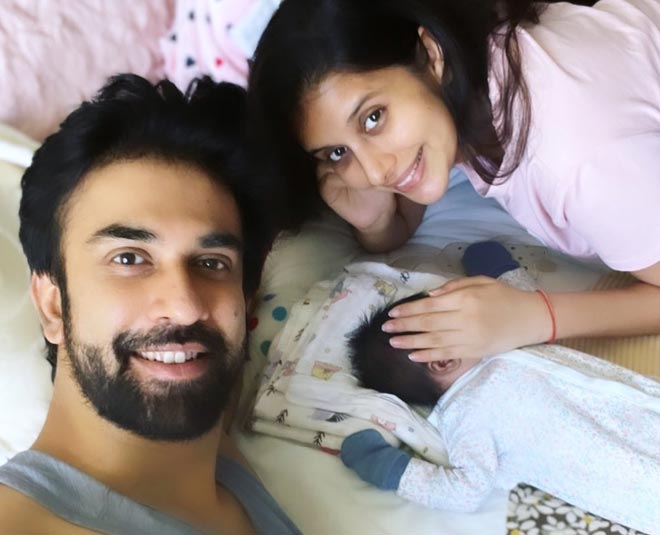 Charu Asopa announced her first pregnancy with a picture on her Instagram handle flaunting her baby bump. She captioned the picture, "GRATEFUL THANKFUL BLESSED."

Charu Asopa and Rajiv Sen welcomed their baby girl on 1st November. They have named their daughter Ziana Sen.

Don't Miss: Anmol Chaudhary On Her Pregnancy Journey As A Single Mother 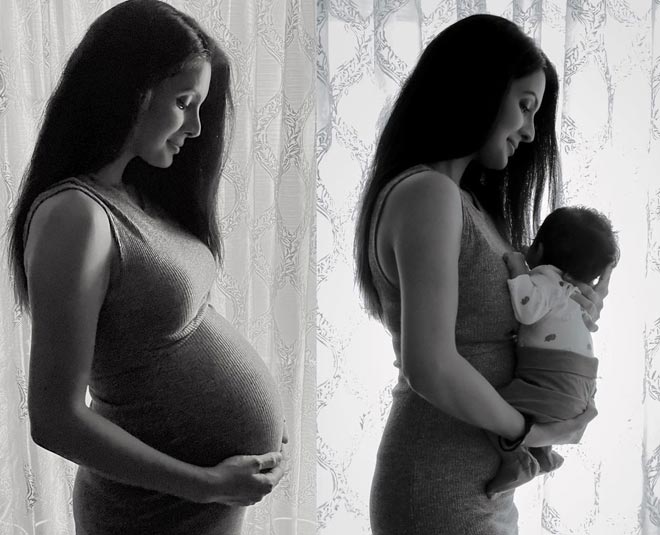 Actor Geeta Basra and her cricketer husband Harbhajan Singh announced their second pregnancy in the month of March this year. They made the announcement with a family picture where their daughter Hinaya Heer Plaha was seen holding a tiny t-shirt which read, 'Soon To Be A Big Sister'.

The couple welcomed their second child, a baby boy in the month of July.

Don't Miss: Take A Look At These Actresses Who Chose Prenatal Yoga To Stay Healthy 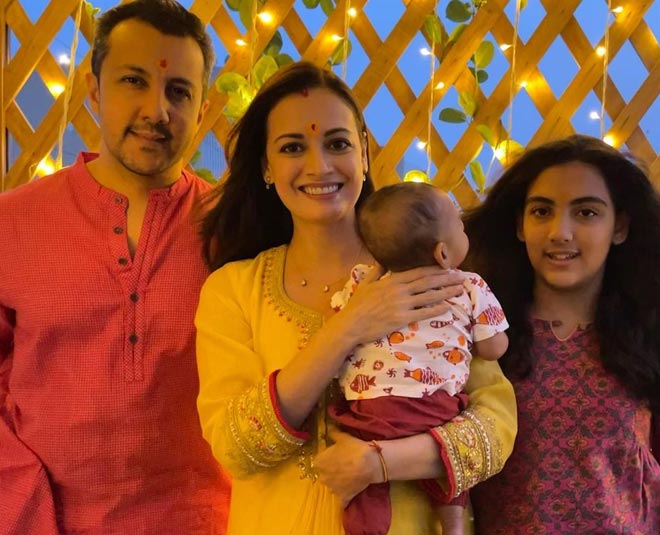 Dia Mirza announced her pregnancy on April 1. Sharing a picture of her flaunting her baby bump, Dia Mirza wrote, "Blessed to be...One with Mother Earth...One with the Life Force that is the beginning of everything...Of all stories. Lullabies. Songs. Of new saplings. And the blossoming of hope. Blessed to cradle this purest of all dreams in my womb Photo by @vaibh_r #SunsetKeDiVaNe."

Though it was one of the happiest news of Dia Mirza's life, she was flooded with questions after she made the announcement. Many asked her why she didn't announce her pregnancy before her marriage. Dia Mirza cleared that she got to know about the pregnancy while planning for wedding with Vaibhav Rekhi. She wrote,  "Interesting question. Firstly, we didn’t marry because we were having a baby together. We were already marrying as we wanted to spend our lives together. We discovered we were going to have a baby while we were planning our wedding. So this marriage is not the result of pregnancy. We didn’t announce the pregnancy until we knew its safe (medical reasons). This is the happiest news of my life. I’ve waited for many many years for this to happen. No way I would hide it for any reason other than medical.”

Angad Bedi took to his Twitter handle and sharing a picture from Neha Dhupia's pregnancy shoot, wrote, “'BEDIS BOY' is here!!!!!! The almighty today blessed us with a baby boy. Both neha and the baby are well. Mehr is ready to pass on the ‘baby’ title to the new arrival. Waheguru mehr kare @nehadhupia thank you for being such a warrior through this journey. Lets make it a memorable one for all 4 of us now.”

This year is about to come to an end and we wonder if any more celebs will announce their parenthood in the coming days. What do you think? Share your thoughts on our Facebook page. For more such stories, stay tuned.