Prenatal yoga is a big lifestyle trend for mommies to be. From Kareena Kapoor Khan to Anushka Sharma, most celebrities had opted for it during pregnancy. 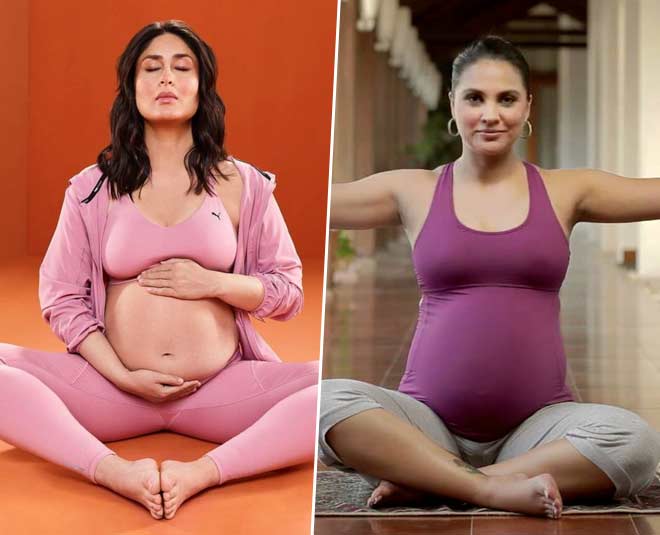 A remarkable benefit of the advancement of the world is the knowledge we are gaining that's helping us grow with it. Earlier women were not so conscious about their fitness and health before their pregnancies. But now they are very particular about their routine including their diet and workout before childbirth. One major trend that has been taking over the moms-to-be is prenatal yoga.

Prenatal yoga is super effective and encourages stretching, mental centering, and controlled breathing.  What’s more? It increases strength, ability, and endurance along with eliminating stress, promoting good sleep quality, and reducing headaches, backaches, and nausea during pregnancy.  Also, there are many actresses from the film industry who have opted for this method to stay healthy. Take a look at them here. 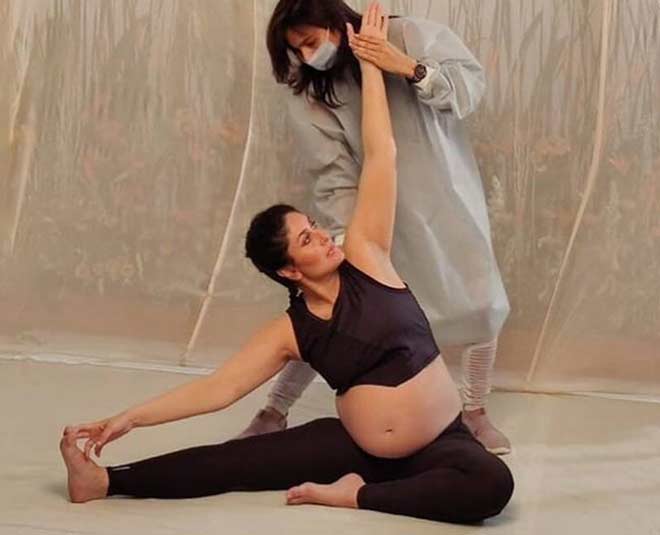 We all are aware of how Kareena Kapoor Khan swears by her fitness routine. She loves eating healthy and maintaining proper equilibrium in her body with the perfect workout. Prenatal yoga is something that she has loved doing during both her pregnancies. The actress, on several occasions, has expressed her faith in yoga over the gym and her Instagram posts are surely testimony to it. From losing post-pregnancy weight or keeping herself fit before childbirth, yoga has been her go-to option. 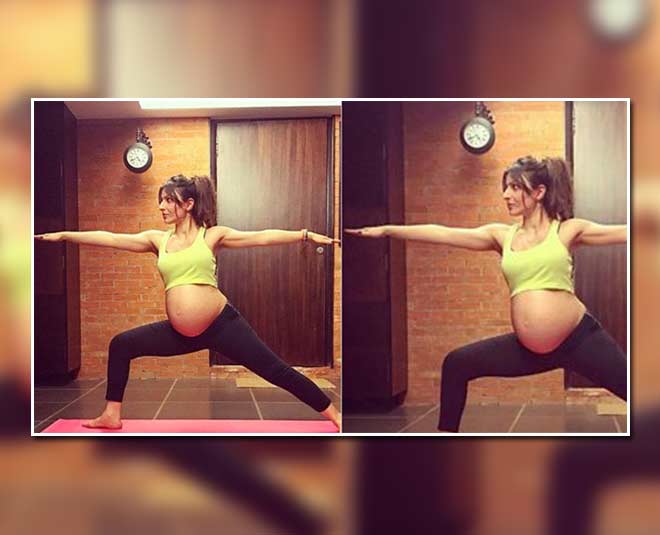 Soha Ali Khan is one actress who follows yoga very diligently and keeps posting pictures of herself performing different asanas. During her pregnancy, the actress made sure to keep her yoga routine in check so as to prepare her body for labour and the massive hormonal changes that it goes through. And even after childbirth, the actress is often seen performing yoga while she stands strong by its benefits. 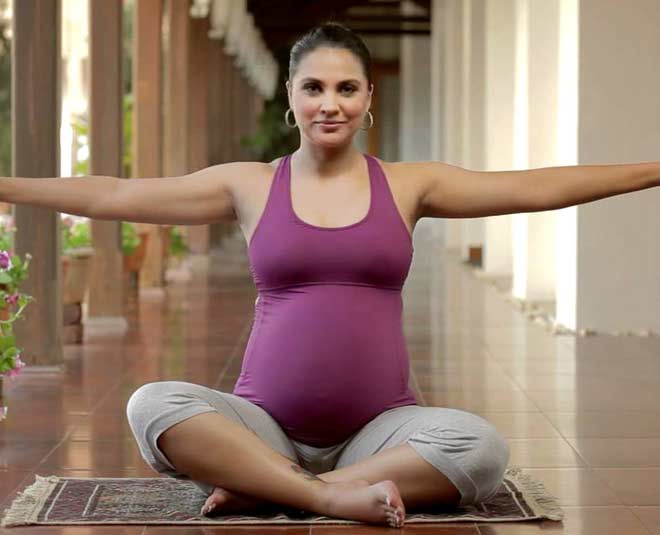 Former Miss Universe Lara Dutta didn’t just do prenatal yoga for herself but she also promulgated the practice by preparing a proper guide in a DVD for expecting moms, while she was pregnant with her first child. The DVD has a collection of the best yoga asanas that moms-to-be can easily perform to remain fit and healthy. 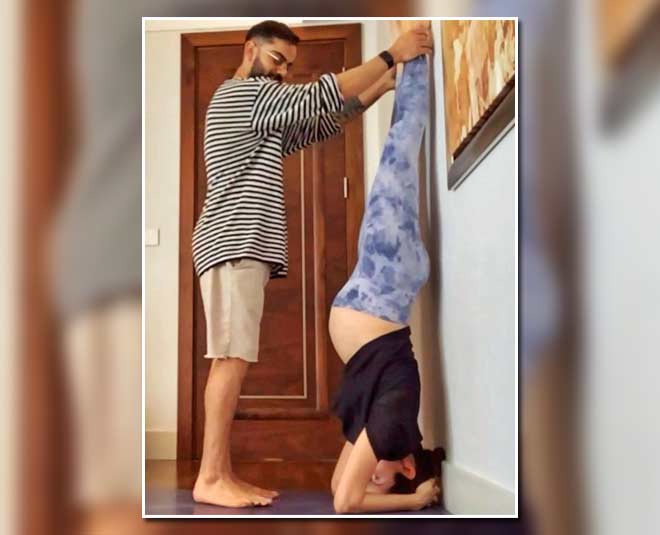 Anushka Sharma became a mascot of prenatal yoga during her pregnancy when her picture performing Sheershasana went viral. The PK actress sent out very positive messages about prenatal yoga and encouraged others to do it too. “This exercise is hands-down (and legs up) the most difficult one. As yoga is a big part of my life, my doctor recommended that I can do all such asanas that I was doing before I was pregnant barring twists and extreme-forward bends, but of course with the appropriate and required support.” is what she wrote along with the picture posted on Instagram.

Don't miss: These Skin Care Tips Must Be Followed By Every Pregnant Woman 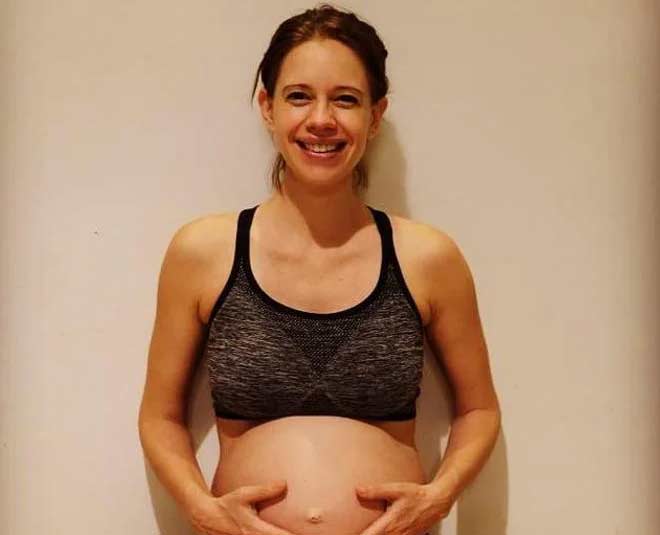 Even Kalki Koechlin(actresses who spread body positivity) is one of the actresses who performed prenatal yoga keeping in mind her fitness right from the first trimester to the third one. She shared pictures on her social media accounts wherein she was seen doing the Garland Pose’,  ‘Goddess Pose’, and a few others. These poses are mostly known for strengthening the pelvic region and promoting easier labour while childbirth.

Don't miss: Some Common Myths Surrounding Pregnancy, Every Pregnant Woman Should Know About

Prenatal yoga is surely the way to go for expecting moms and these actresses have proved it. So, if you too are a mom-to-be stay fit and keep doing yoga. Stay tuned to Her Zindagi for more such articles.