Umar, Karan Or Tejasswi? Winner Of Bigg Boss 15 As Per Astrology Prediction

According to astrological analysis, only one contestant has brighter chances of winning Bigg Boss 15. One of the much talked about controversial reality shows, Bigg Boss 15 is soon going to see its grand finale. The grand finale of the show is reportedly scheduled for 16th January 2022. However, there is no official confirmation on the same.

According to social media buzz, Tejasswi Prakash and Pratik Sehajpal have the highest chances of making it to the top 5 contestants of the season.

Earlier, we spoke to Tarot Card Reader Jeevika Sharma and asked her to predict who has higher chances to win the show among the contestants inside the Bigg Boss house. If you missed reading it, read it here.

Recently, we reached out to Astrologer, Dr. Anil Mitra and asked him to predict who has brighter chances of winning Bigg Boss 15 as per astrology. 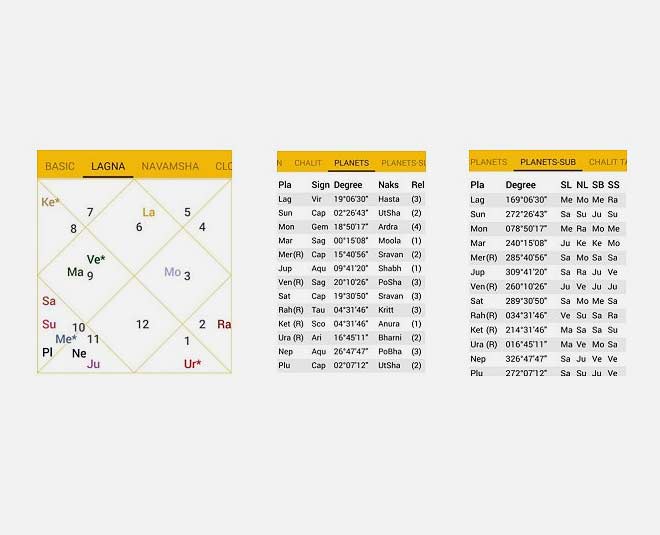 According to the analysis report of our Astro expert -

(2) Mercury is posited in “Sravan” Nakshatra & Nakshatra Lord is “Moon”.

(4) Lagnesh “Mercury” is in 5th House (Trikone Bhav), but it is conjuct with “Saturn” however Saturn is in Own Sign and in Sravan Nakshatra (With Moon as Nakshatra Lord). 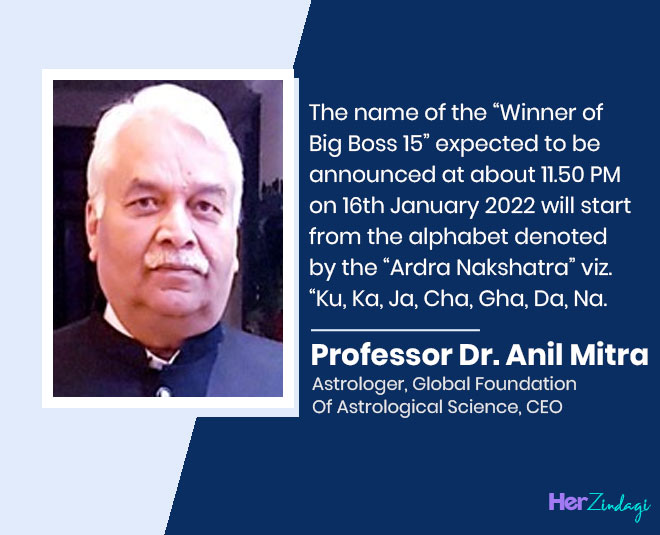 (6) “Rahu” is placed in 9th House in “Kritika” Nakshatra having “Sun” as Nakshatra Lord.

According to this analysis by the horoscope chart, the name of the winner of Bigg Boss 15 will start from the alphabet denoted by the “Ardra Nakshatra” viz. “Ku, Ka, Ja, Cha, Gha, Da, Na”. Thus, there Karan Kundrra has the highest chances of winning Bigg Boss this season.

Don't Miss: Bigg Boss 15: Is Karan Causing Trouble In His Very Own Paradise? Ever since the beginning of Bigg Boss 15, Karan Kundrra is one of the most talked about contestants on the show. Not only viewers enjoyed his game on the show, they liked his connection with co-contestant Tejasswi Prakash. His relationship with Tejasswi Prakash saw a lot of ups and downs on the show. Initially, they were seen falling for each other, we saw a couple of lovey-dovey moments, however, as the game moved ahead, they were seen focussing on the game more and drifting apart.

Don't Miss: Bigg Boss 15: Is The Bromance Between Karan And Umar Over?

Karan Kundrra is getting immense support from his fans over social media and a lot of celebrities too are appreciating his game on the show. Recently, Bigg Boss OTT winner, Divya Agarwal in an interview with ETimes talking about her favourite contestants said, “I am quite happy with Tejasswi, Umar and Karan’s journeys. They have always been my favourites.” She further that she will be happy if any of these 3 contestants wins the show.

Will he really win Bigg Boss this season? What are your thoughts? Share with us on our Facebook page. We will be bringing you fresh updates from Bigg Boss 15, stay tuned!