Bigg Boss 15: Is Karan Causing Trouble In His Very Own Paradise?

With the ticket to the finale in hand, Karan Kundrra has been having a very turbulent relationship with his love interest, Tejasswi Prakash.

With the tickets to the finale in the hands of the contestants of the Bigg Boss house, we spotted Karan Kundrra and Tejasswi Prakash, the love birds, getting into a massive fight.

Devoleena Bhattacharjee is seen losing her cool in the washroom as she slips out with a broken bucket which is shown in the cameras by Rakhi Sawant. 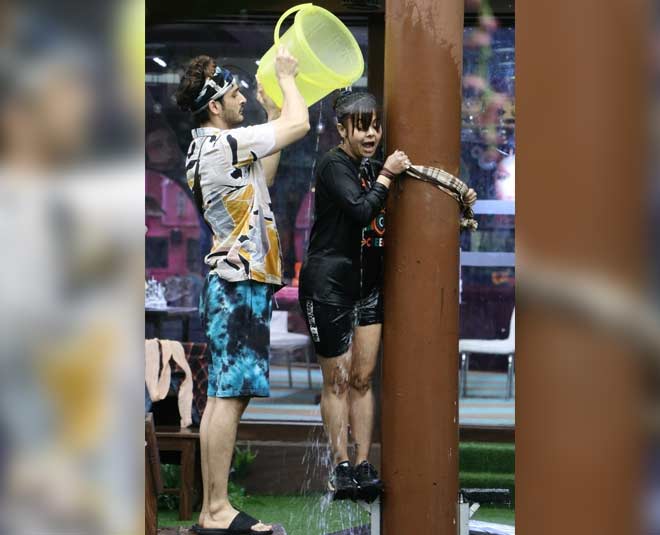 The ticket to the finale task, which had been given by Surbhi Chandra from the fake Bigg Boss house had been given to Rashmi Desai and Devoleena Bhattacharjee, standing on a pole against each other.

Devoleena Bhattacharjee and Rashami Desai keep up their fighting spirit for the task and the ticket to the finale as they cross over a 13+ hour timeline, staying up the entire night as we speak!

Bigg Boss, during the 13 hours, gave across 3 different challenges to complete the task for the two as the struggles became harder every time. While protecting and playing against each other, Devoleena Bhattacharjee ultimately took a hit by a strong gush of water and slipped through, losing the task and the ticket to the finale.

With a strong hit, she fell down on the mattresses given for support and seemed to have gotten a scratch. She had also been hurt by a pair of scissors that were used during the task by Umar Riaz in an attempt to support Rashami Desai as he tried to cut through a t-shirt. 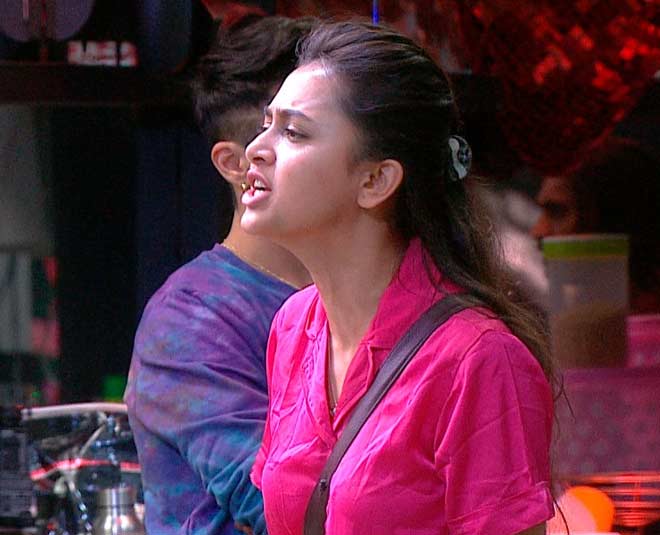 As the task had been taking place for a good amount of time, Tejasswi Prakash and Karan Kundrra burst into a massive fight which brought out grudges from prior arguments.

While Nishant Bhat was seen in defense of Tejasswi Prakash, Karan Kundrra is heard saying things he may feel repentance of later.

Karan Kundrra seems to be very self-centered as he is only concerned with his place in the house, while Tejasswi Prakash may just seem like a pawn. During the task to get the ticket to the finale, we see Pratik Sehajpal and Umar Riaz get into a water fight as the two are defending their love interests in the house.

Starting with a water fight, Umar Riaz is seen jumping onto Pratik Sehajpal and getting aggressive which was totally unacceptable for Bigg Boss.

As the interrupted announcement was made by Bigg Boss himself, Salman Khan is made to be the deciding factor on whether Umar Riaz has the right to stay in the house or not at the coming Weekend Ka Vaar.

With that intact, Bigg Boss also announced how Surbhi Chandna, Munmun Dutta, Akanksha Puri, and Vishal Singh had only entered the house to make the housemates feel the zeal of the reality show.

With that in mind, Karan Kundrra, Rashami Desai, Rakhi Sawant, and Umar Riaz are now the VIPs of the house and also have the ticket to the finale in their hands.

Do you think Umar Riaz could get evicted from the house of Bigg Boss on the coming Weekend Ka Vaar? Connect with us on our official Instagram and let us know in the comment section. Stay tuned to HerZindagi for more stories and updates!