All You Need To Know About The New Faces Of Dharma, Shanaya Kapoor, Lakshya And Gurfateh

Dharma productions recently announced their new film Bedhadak which will be helmed by Shashank Khaitan.

Dharma productions introduced a new film and cast this morning. Yesterday, Karan Johar hinted at new beginnings through a post on his Instagram handle. The Dharma family promised to introduce their 3 new members and it left us all guessing.

As promised, Karan Johar introduced the new faces of the Dharma family today. He shared the posters of the upcoming film, Bedhadak which stars Lakshya, Shanaya Kapoor, and Gurfateh. Posters of Bedhadak featuring all the 3 new faces are out on social media, trending and how!

The New Faces Of Dharma

Filmmaker Karan Johar took to his Twitter handle and shared the first poster featuring Lakshya wrote, Looks that will melt your heart just as easily as his smile will. Presenting "#Lakshya as Karan in #Bedhadak. Directed by the maestro of emotions, Shashank Khaitan!."

The director further introduced Shanaya Kapoor as Nimrit in Bedhadak. Lastly, he introduced Gurfateh Pirzada as Angad. He captioned his post, "His brooding good looks will have you smitten in no time! Watch Angad’s character come alive in #Bedhadak with @gurfatehpirzada bringing his effortless suave onto the big screen!."

With these new faces doing rounds on the internet today, we are sure you want to know more about them. Are they linked to the Bollywood industry, have they featured in movies before? Here we have all your questions answered.

Who Is Shanaya Kapoor?

Shanaya Kapoor is a star kid, daughter of Sanjay and Maheep Kapoor. She is deeply connected with the Bollywood industry and doesn't really need an introduction. For those who don't know, she is close friends with Suhana Khan and Ananya Panday. However, we thought of sharing about her education, qualification which many aren't aware of. 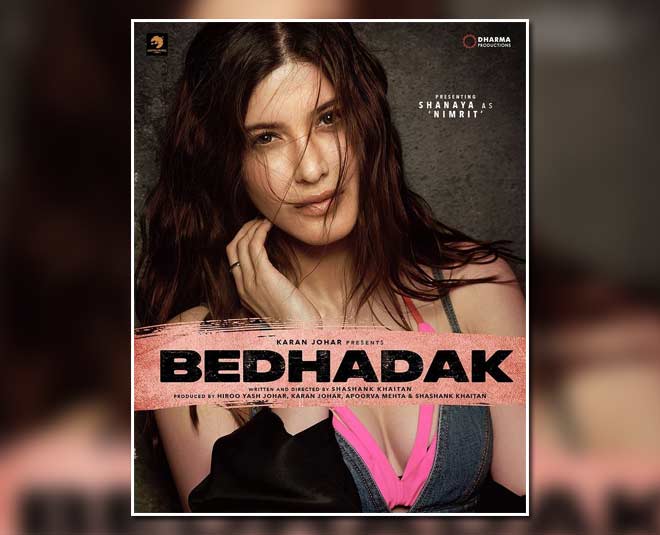 Shanaya Kapoor completed her schooling at Encole Mondiale World School, Mumbai. Not much is known about her graduation. On the work front, she worked as an Assistant Director in Janhvi Kapoor starrer Gunjan Saxena. She also made an appearance in the Netflix series, Fabulous Lives Of Bollywood Wives which starred her mother Maheep Kapoor. Even before making her debut, Shanaya Kapoor has become a celebrity. She has been working with a couple of beauty brands.

Don't Miss: 'Pathan' Teaser Out! Shah Rukh Khan Is Coming Back On the Big Screen 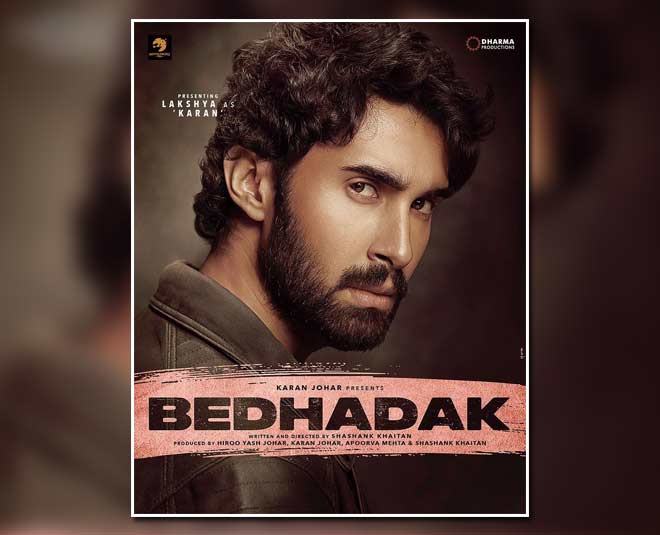 Lakshya is a model and television actor who was seen in shows like Adhuri Kahaani Hamari and Porus. Lakshya was previously introduced as the second lead of Dostana. Post the announcement, Karan Johar was accused of nepotism. However, Karan Johar with a Tweet had cleared that Lakshya wasn't a star kid.

Don't Miss: List Of TV Stars Debuting In Bollywood In 2022

Who Is Gurfateh Pirzada?

Gurfateh Pirzada was seen as Vijay Pratap Singh in Netflix's Guilty and now has officially become a part of DCA, Dharma Cornerstone Agency. He is the brother of Mehreen Pirzada who is best known for her movie Phillauri. She has starred in a couple of movies in South cinema.

There are reports that Gurfateh Pirzada is also a part of Alia Bhatt and Ranbir Kapoor starrer Brahmastra, however, there is no confirmation on the same.

The makers are calling Bedhadak a new era of love, filled with passion, intensity, and boundaries that will be crossed.

We can't wait to see what magic these three new faces create on the silver screen! What are your thoughts? Share with us on our Facebook page. For more such stories, stay tuned!