Priyanka Chopra Opens Up About The Controversial Surgery Tag On Her

Here is the real reason why Priyanka Chopra had to get her nose surgery done! The actress opens up in her memoir Unfinished.

Actress Priyanka Chopra's controversial nose surgery has always been a topic of discussion in the gossip town and people have so many times questioned her looks calling her plastic. But the actress has finally opened up about it in her newly launched memoir, Unfinished.

Post her beauty pageant win, when she was crowned Miss World, the actress started looking different after doing a few films and this put her under the radar of controversy and jokes. But it was a botched up surgery explained Priyanka in her memoir. She was crystal clear in saying that she was "horrified" when she saw herself and so was her mother.

Opening up about the botched-up surgery which got her the tag "Plastic Chopra", she wrote as told by the People magazine that she had trouble breathing and she had a polyp in her nasal cavity. 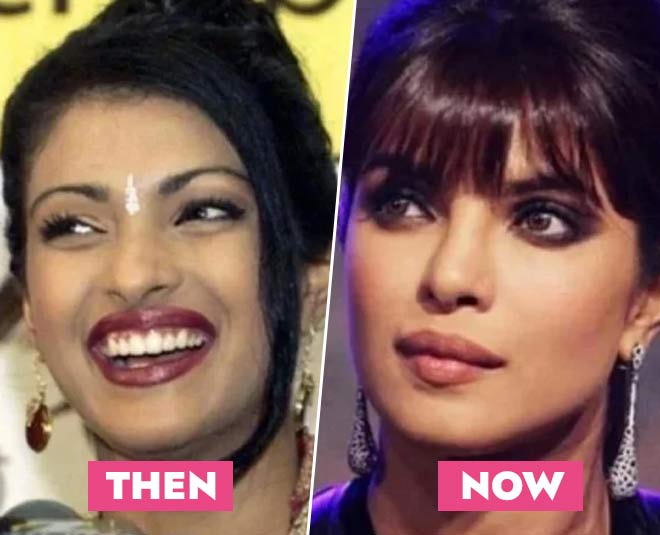 The actress thought that it will be a routine procedure, Priyanka got the polyp surgically removed. This was in fact in 2001, when she won Miss World before she took the filmy plunge.

She wrote, "While shaving off the polyp, the doctor also accidentally shaved the bridge of my nose and the bridge collapsed. When it was time to remove the bandages and the condition of my nose was revealed, Mom and I were horrified. My original nose was gone. My face looked completely different. I wasn't me anymore."

Priyanka continued, "I felt devastated and hopeless. Every time I looked in the mirror, a stranger looked back at me, and I didn’t think my sense of self or my self-esteem would ever recover from the blow."

Due to this, the tag came up and Priyanka was "dared" to explain herself but she definitely chose to 'draw a line' and not discuss this on the public platform.

"I decided that there was a line I was going to draw in my life. I am an entertainer. That’s what I’ve signed on to do, and that’s what I love doing. I will say my lines, dance my dance, hit my mark. I’ll do my best to make you laugh, and I’ll do my best to make you cry, but just because I’m a public person doesn’t mean everything about my life has to be public knowledge. I get to choose what I share and when I share it," she added.

Then she had to get corrective surgery done to fix the problem.

Don't Miss: Priyanka Chopra Has This To Say About The Age Gap Between Her And Husband Nick

"While it took a few years of seeing a stranger gazing back at me every time I looked in the mirror, I've gotten accustomed to this face. Now when I look in the mirror, I am no longer surprised; I've made peace with this slightly different me," she wrote.

Her memoir has been described as a "collection of personal essays, stories and observations". It chronicles the important moments of the actress' life and her twenty-year-long career. The book was released by Penguin Random House on February 9, 2021.

Stay tuned to HerZindagi for more on celebs and their lives that we know.