Priyanka Chopra Jonas is looked up to for many things. Her impeccable style sense, her beauty regimens, her makeup and whatnot. She indeed is one of the most popular celebrities who has been globally acclaimed on such a huge scale. Priyanka’s high tide life began when in 2000, this beautiful girl became Miss World. After the pageant, Priyanka started getting a lot of film offers and she became a star. Gradually she worked hard and aced her skills and talents and moved to Hollywood for more exposure. In no time, did Priyanka caught the eyeballs there and became a big name in the entire industry.

Her journey has been inspiring and despite the success and fame the actress still remains grounded and tries to relate with her fans. In a recent video that Priyanka posted on her Instagram TV, she revealed how she gets ready quickly for online chats and Zoom calls. So, take a note of her makeup tips and procedures and get ready for future zoom calls on the go! 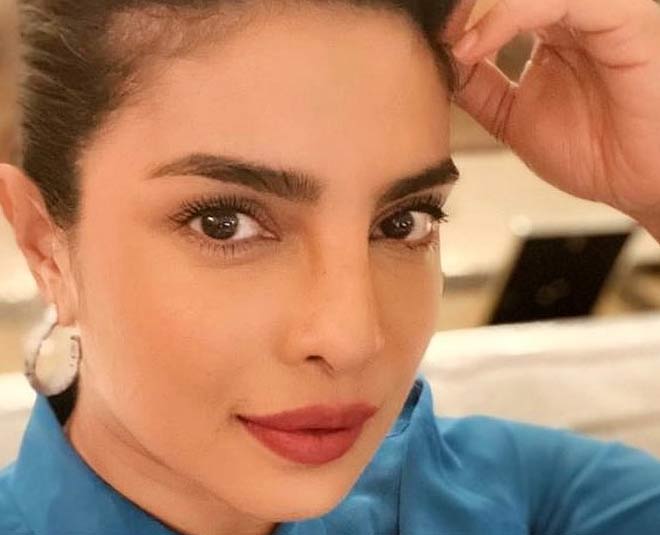 The first step for Priyanka’s instant zoom makeup tutorial is to apply the foundation. Priyanka uses a stick foundation and applies it over the areas it is necessary for, such as the under-eye region, the nose, the forehead and the chin. With the foundation, she basically tries to cover up all the decoloured regions of her face and normalise them.

The next step is to quickly cover up your entire face with compact powder. Just take a little bit of the powder that matches your skin tones and suits you best, and dab it on to your face covering each portion to make the skin look even. 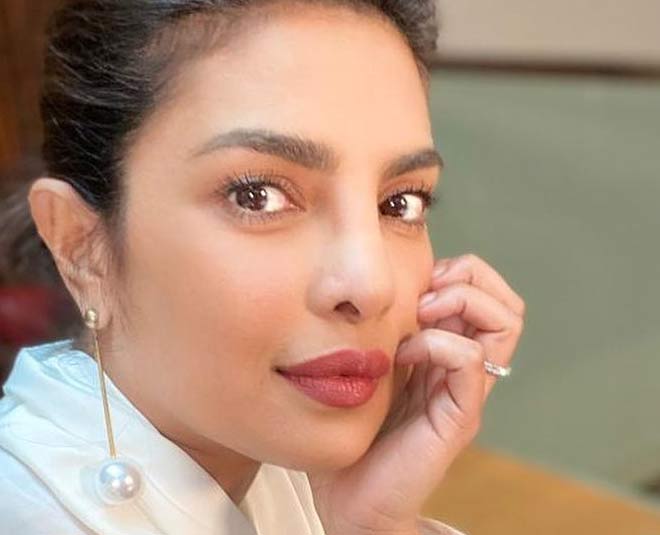 The third step of PC’s quick makeup tutorial is to apply the blush(Try this homemade blush). Beginning from the cheeks, dab a tick brush in the neutral shade blush and gently go around the areas of the cheeks, a dab on the forehead and the nose and there you go. If you feel that you need a little more, take another dip.

Well, according to ho Priyanka likes it, the eyes are the most important features that must be perfectly highlighted. So, she likes to keep her lashes bold and black. Applying the mascara nicely from the inner lash line to the tip of the lashes and going over the tips twice again. Once you’re done with the upper lashes, head in for the lower lashes too. This makes your eyes look big and beautiful. 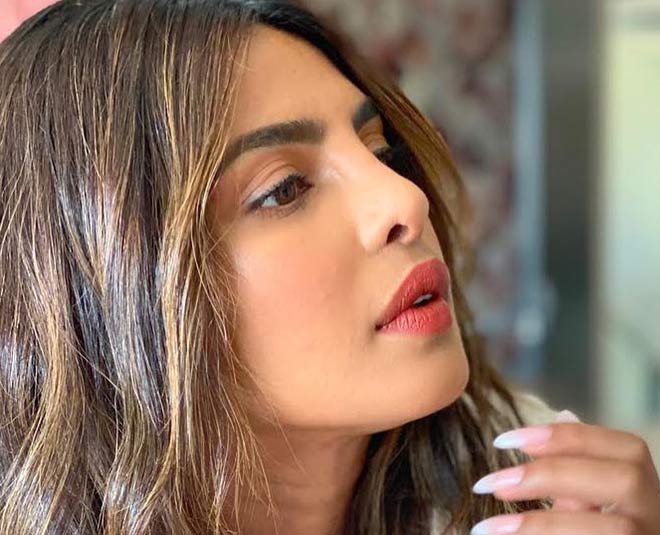 Priyanka likes keeping her lips very natural and minimal. Her favourite go-to colour is a light shade of pink that matches her lips. She says for the eyes to be highlighted, it is indeed necessary to keep the lips a little towards the duller side. So, just apply a natural shade of pink to complete the makeup look. 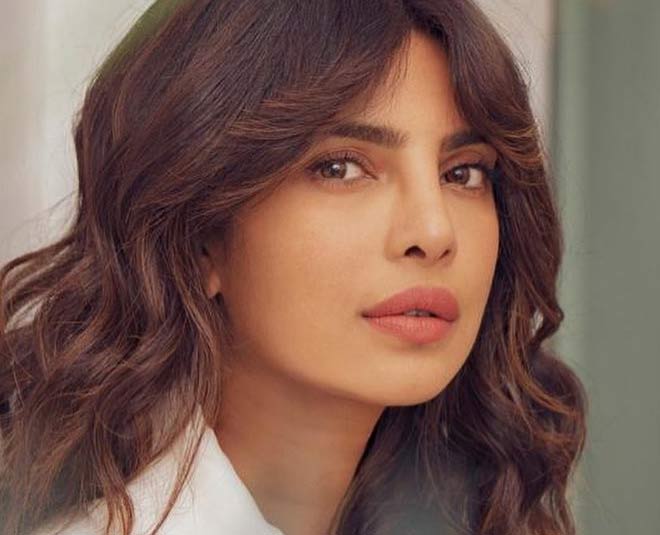 Moving on, just to do the hair quickly, PC ties her hair in a tight pony and pulling the hair in she makes a simple bun out of it. For her bangs, she uses a hair fixer and makes them look just a little more poised, while pulling all the baby hair in, she finally sprays the hair to make them stay.  She buttons up her shirt to make the look more subtle and finally adds in some really quirky pieces of earrings to accentuate the whole look.

Don't miss: Priyanka Chopra Has This To Say About The Age Gap Between Her And Husband Nick