Fascinated with Bengali weddings? Here is a low down of all the rituals and traditions that are followed by the bride and groom.
instagram/bipasha basu 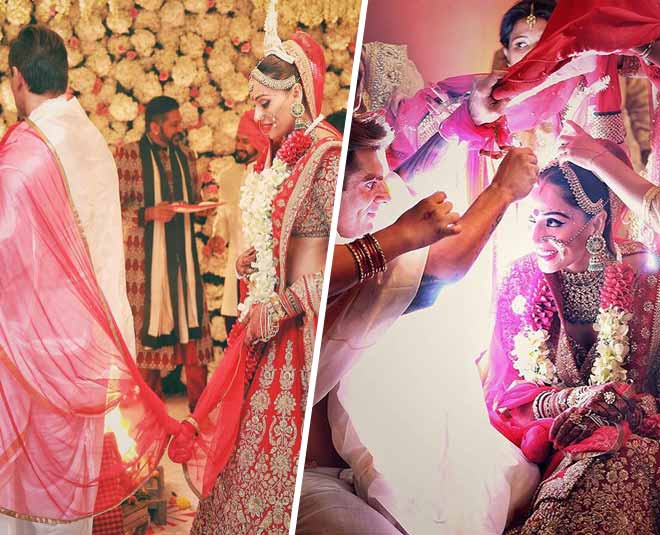 Be it any culture, weddings are beautiful in all regions in India. A typical Punjabi Hindu wedding, a Christian wedding, a Maharashtrian wedding, a South Indian wedding or a Bengali wedding, all of them have beautiful rituals the families look forward to witnessing and be a part of. However, each and every ritual has a meaning. Being a semi-Bengali myself, I will try to walk you through each and every ritual pre and post the wedding that many have asked me about. So read on and let me know how different is it from the wedding rituals that take place in your family or region.

Taking the example of actress Bipasha Basu's beautiful wedding, I have taken pictures from her Instagram to give you a visual understanding of how the rituals are carried. Besides that, they are treat and put a smile on your face as well. So here we go.

Once the couple has finalised that they want to marry each other, the priest is brought in by the families who takes a look at their horoscopes  to check with the hope that the two do not have a matching line of lineage. Post this ceremony, the families exchange gifts. However, this ceremony is skipped by some families who do not believe in this custom.

This is where the in-laws of both the groom and the bride step in. Aashirbaad ceremony is for marking their acceptance of their respective in-laws. The two's respective families go to each other's house to give blessings. The bride’s family visits the groom’s house to shower their blessing on him and vice-versa. Trefoil leaves and husked rice are sprinkled on the would-be bride and groom and then come in the gold ornaments as gifts to both of them.

This puja is to take the blessing of their respective ancestors.

This is when the bride has her last meal before marriage during the night. It is a beautiful night dedicated to her when the whole family enjoys a meal together and there is a lot of dance and singing that goes on.
Don't Miss:  Sara Ali Khan To Katrina Kaif, Bollywood Actresses Show You How To Carry Red This Wedding Season

The bride gets a lot of gifts during this ritual from her in-laws. She gets makeup products, sarees, sweets, paan, curd, fish, and rice
amongst other traditional items with each having a significance.

This ritual takes place at the dawn of the wedding day at the houses of both the groom and the bride respectively. So the soon to be married couple and a few married women gather near a pond to take the blessings from Goddess Ganga. They then bring home a pitcher of water from that pond.

This ceremony is just is like the Haldi ceremony that takes place in North India. Married women smear turmeric paste on the bride and the groom in their respective homes.  And post the ceremony they take a bath and wear new clothes.

In this ceremony, seven married women help the bride in wearing conch shell bangles which are also known as Shakha (white bangles) and Paula (red bangles). Post this ceremony the bride gets ready for the wedding ritual.
Don't Miss:  Mistakes That Every Bride Should Avoid!

Bor Jatri is when the groom’s family sets out for the wedding venue.

To welcome the groom into the venue, a plate also called baran dala is touched to his forehead and then to the ground and again to his forehead. Then the mother of the bride performs an aarti and welcomes the baratis with sweets.

The groom is gifted new clothes during this ceremony once he is seated at the wedding alter, which is called Chadnatolla. Once this ceremony takes place, the bride enters the mandap. 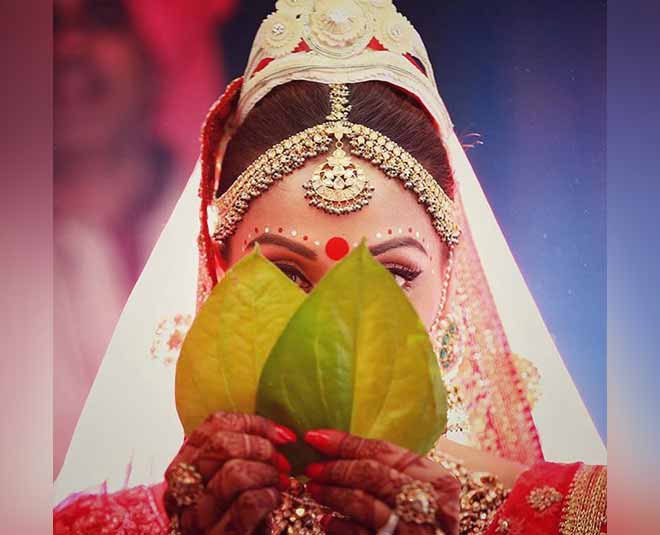 This is my favourite part of the wedding when the bride is sitting on the wooden stool and her brothers or uncles pick her while she is seated on it. The bride cannot see the groom so she has to cover her face with sacred beetle leaves. The brothers have to take 7 rounds of the groom with her lifted on the pidi. Post the seven rounds, the two see each other which is called Subho Dristi.

The bride and groom then exchange garlands three times while the bride is still on the pidi.

The couple sits at the altar during this ceremony while an elder member of the girl's family puts the bride's hand in the groom's and then ties them together with a sacred thread as the priest recites the chants. 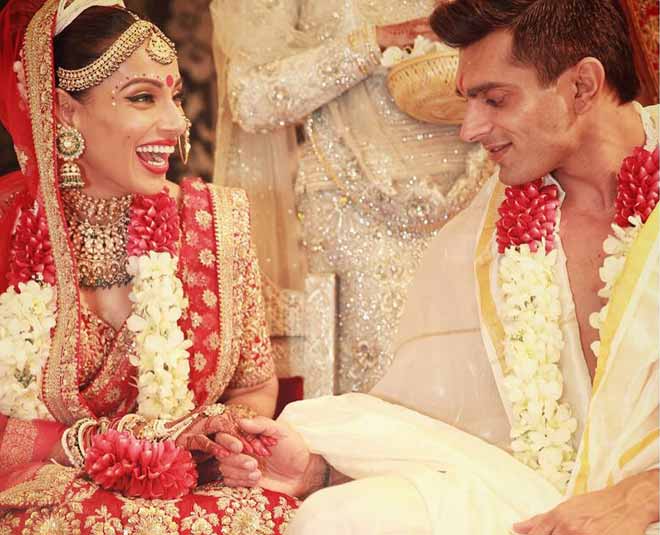 While the priest does his job, the couple takes seven rounds around the fire, called the Saptapadi/Saat paak. The two also touch seven suparis which have been placed on seven paan leaves, with their toes.

The bride's brother gives the newlywed bride some puffed rice which is supposed to be offered to the fire god.

Post the rituals, the groom smears some sindoor on the bride’s forehead, the last step which completes the marriage. The bride then covers her head with a new saree gifted by the groom's family, also known as Ghomta.

This is when the bride departs for her new home and leaves her family.

This is when the newly married couple comes home. Holy water is poured under the vehicle by the female relatives, in which the couple arrives. The bride steps into the house by first putting her feet in a large plate with red lac dye and milk.

The couple has to sleep in separate rooms the first night.

The bride as a part of the ritual, has to cook a dish for the family and a lunch or dinner is hosted as a party.

What are the rituals that take place during the wedding in your family? For more on weddings, stay tuned to HerZindagi.
Loading...