Here's Everything You Need To Know About Kiran Rao, Aamir Khan's Wife

Kiran Rao is a famous filmmaker, director and a producer along with being actor Aamir Khan's wife. And here's her story. 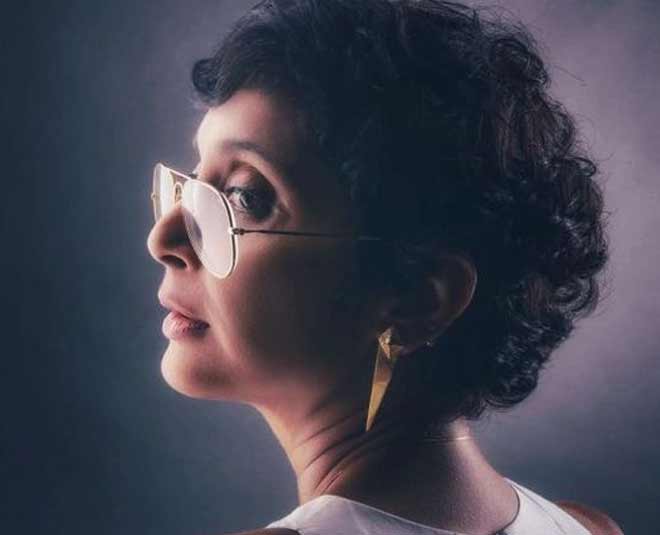 Kiran Rao Janumpally is an Indian film producer, director, and screenwriter. Her remarkable, creative understanding of cinema and the reel life has made her stand out in the industry. She is the wife of renowned actor Aamir Khan.  Kiran was born on the 7th of November, 1973, and has co-founded a non-profit organisation that goes by the name of Paani Foundation, which is aimed at providing relief against droughts in Maharashtra.

It was her love for films, direction, production, and scripting that she landed up here. Initially, Rao graduated with an economics major from The Sophia College for Women, Mumbai in the year 1995, and got her master’s degree from AJK Mass Communication research center at Jamia Millia Islamia, New Delhi. It was after this that her journey in the world of media and entertainment began. Let’s know more about Kiran Rao here. 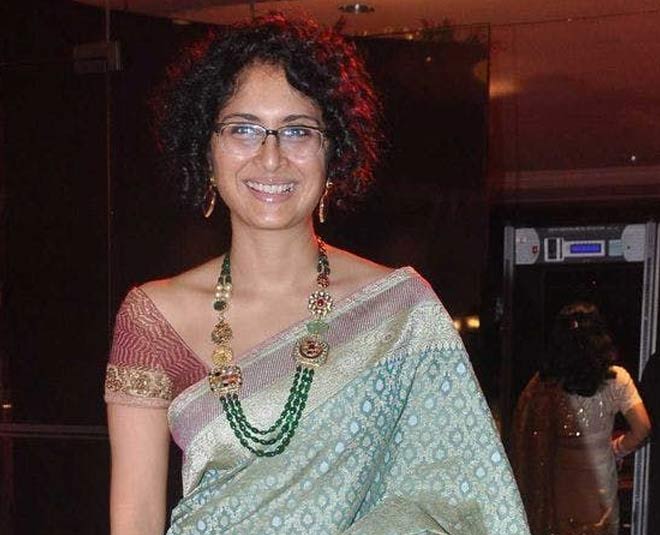 Talking about her personal life, Kiran hails from Raja of Wanaparthy - J Rameshwar Rao’s royal bloodline. Wanaparthy is located in the Mahbubnagar district of Telangana. And, Aditi Rao Hydari(Aditi's skin care regime), who belongs to two royal lineages(the grand-niece of Muhammad Saleh Akbar Hydari, former Governor of Assam and granddaughter of Akbar Hydari) is Kiran’s first cousin.  She completed her schooling from Loreto House, Kolkata, and then moved to Mumbai to complete her further studies. 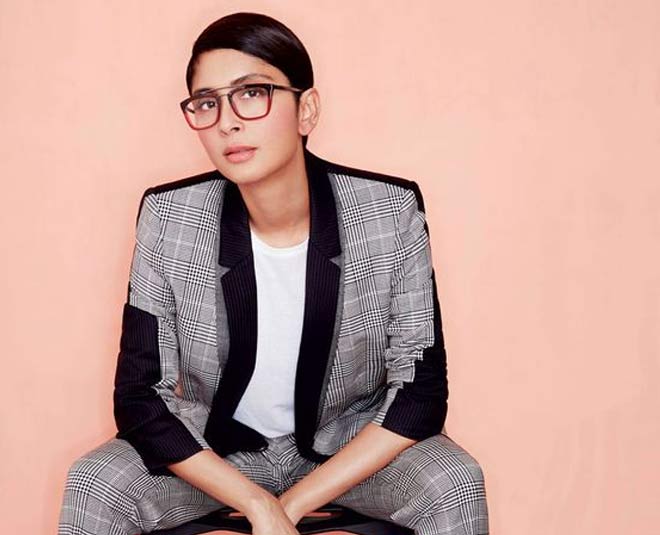 Kiran Rao career kickstarted when she completed her Masters in Mass Communication from Jamia Millia Islamia, New Delhi. It was then, that she understood her fascination for film-making and stepped into the field with surety and confidence. Kiran started her career as an assistant director in the film Lagaan in the year 2001, which also went on to be nominated for the Academy Awards. Before being a part of Lagaan, the film-maker did a supporting role in the movie Dil Chahta Hai. Later she did other prominent movies such as Dhobi Ghat (Mumbai Diaries), Jaane Tu Ya Jane Na, Peepli Live, Delhi Belly, Talaash, Dangal, Secret Superstar, Rubaru Roshini( TV documentary). She has also worked as the second assistant director in Mira Nair's Monsoon Wedding (Academy award-nominated). 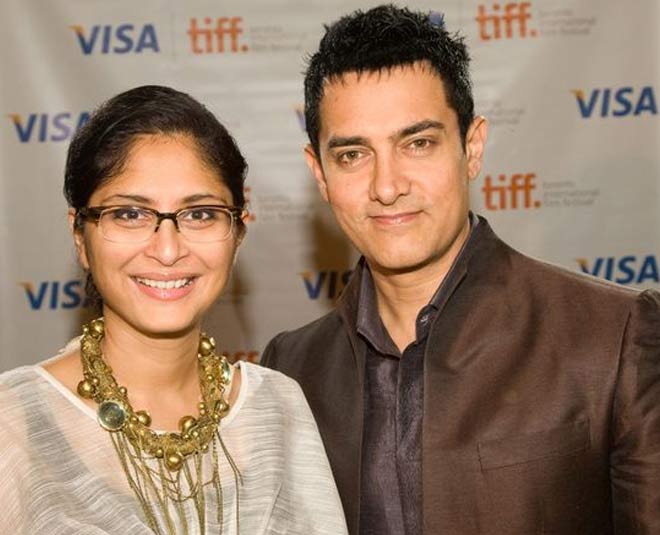 Kiran and Aamir first met on the sets of Lagaan, in 2001. And later they reunited for other projects and it was then that their love for each other started to prosper. In an interview, Aamir mentioned "I met Kiran when I was doing Lagaan. She was one of the ADs (assistant directors) on that but at that time, we didn’t have any relationship, we were not even great friends. She was one of the people on the unit. It was after my separation and divorce after some time that I met her again."

Aamir got divorced from Reena Dutta in 2002, after having two children with her, and post that, Kiran and Aamir started dating. It was reported that the duo started sharing the same space as livin' partners and after 1.5 years of living together, they got married to each other in 2005.  Aamir also reminisces how happy he used to feel with Kiran, and how she uplifted his deepest darkest worries just in an instance and that was a time when it dawned upon Aamir, that he wanted to spend the rest of his life with Kiran. Although Aamir was caught up in a few controversies for living in with Kiran and parting away with his ex-wife and kids, it was a matter of time and the couple grew out of it soon.

Don't miss: Know All About Aamir Khan's Alleged Love Child, Whom He Denied Was His 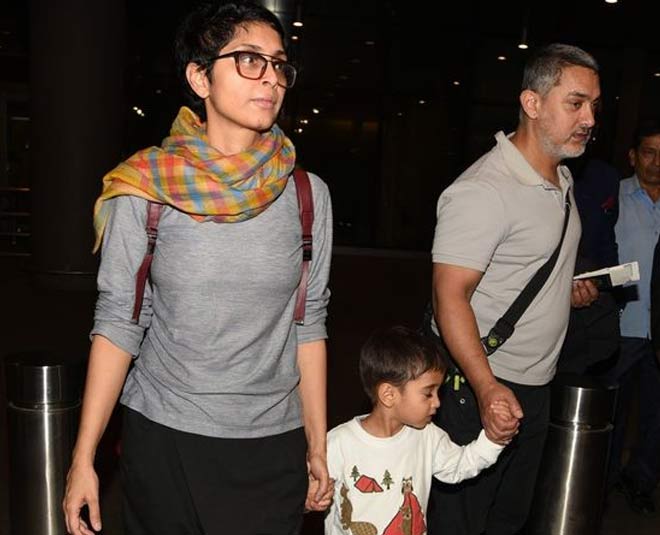 Kiran has a great influence on her husband and they are one of the most ideal couples in the industry, that everyone looks up to. People speculated a lot about their relationship earlier, but the couple aced all the battles in their life and emerged victoriously. They have been married for 15 years now, they have worked and grown together. In terms of growing the bonds, Kiran had made it evident from the very beginning that she was Aamir’s perfect choice, by embracing Reena and her kids(Ira Khan opens up about being sexually harassed) and sharing her happiness with them. They all celebrate festivals and all small happy moments in life together, as a family and there is absolutely no negativity between Reena and Kiran.

At the personal level, both Aamir Khan and Kiran are parents to 9 years old Azad Rao Khan who was born on 5 December 2011. He was named after Dr. A.P.J Abdul Kalam the former President Of India.  Azad Rao Khan was born through surrogacy as Kiran and Aamir were not able to conceive a child even after trying a lot, but finally, they both had Azad, and that was one big happiness they shared together. Currently,  Kiran is working on a film's script which is probably a story based on the sets of Kolkata and we are eagerly looking forward to it.

If you liked reading this article, stay tuned to Her Zindagi for more articles like this.