Katrina Kaif And Salman Khan starrer Tiger 3 is slated for release on April 21, 2023.

Bollywood superstar Salman Khan's spy thriller Tiger 3 is slated for an Eid release. It will be released on April 21, 2023. The film will be released in three languages including Hindi, Tamil, and Telugu. According to a tweet from the official Twitter account of Yash Raj Films, "Tiger. Ready. To. Roar. Again. In cinemas on Eid 2023. Releasing in Hindi, Tamil, and Telugu. Celebrate #Tiger3 with #YRF50 only at a big screen near you on 21st April 2023."

Katrina Kaif and Salman Khan Share A Glimpse Of Tiger 3 Katrina Kaif and Salman Khan tease their return by sharing the promo video of their film on Instagram. Taking to Twitter and Instagram to share the announcement video, Salman Khan wrote, “Hum sab apna apna khayal rakhen.. Tiger3  on 2023 Eid… let’s all be there ..Releasing in Hindi, Tamil and Telugu. Celebrate #Tiger3 with #YRF50 only at a big screen near you on 21st April 2023.” 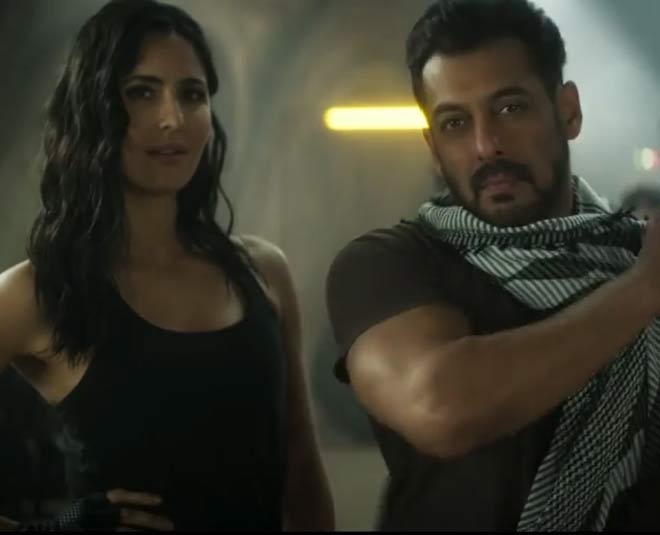 The makers unveiled the release date through a promo video. The promo video starts off with Katrina performing some high-octane actions. She then turns to Salman and says, "Your turn. Ready?" Salman Khan replies, saying, "Tiger is always ready." Katrina Kaif also shared the video and wrote “Tiger & Zoya are back 🐅 AGAIN!! In cinemas on Eid 2023. Releasing in Hindi, Tamil and Telugu. Celebrate #Tiger3 with #YRF50 only at a big screen near you on 21st April 2023. @beingsalmankhan #ManeeshSharma | @yrf | #Tiger3”. In Tiger 3, Emraan Hashmi will play the antagonist opposite Bhai despite the announcement video not revealing this information.

Don't Miss: The Epic Love Story Of Tiger Pataudi And Sharmila Tagore That Proves They Were Made For Each Other Tiger 3 is going to be the third film out of all the action sequels. The film is directed by Maneesh Sharma. In the series of films, Salman Khan has played the role of an Indian spy named Avinash Singh 'Tiger' Rathore, who happens to fall in love with a Pakistani spy Zoya Humaimi. The role of Zoya is played excellently by Katrina Kaif. A part of the upcoming film was recently shot in Delhi and its nearby areas. Numerous fans posted pictures with the two superstars on social media as they were shooting for the film in Delhi.

Salman and Katrina had already shot the film in Turkey, Russia, and Austria. Emraan Hashmi will also appear in the film. Kabir Khan had directed the first film in the successful franchise, Ek Tha Tiger, which was released in 2012. The film was met with a resounding success. The second film, Tiger Zinda Hai, was directed by Ali Abbas Zafar and released in 2017. Salman and Katrina have appeared in both of the franchise's instalments.