One of the most popular comedy shows of the Indian Television has come to an and and we can't help but feel a little mushy! 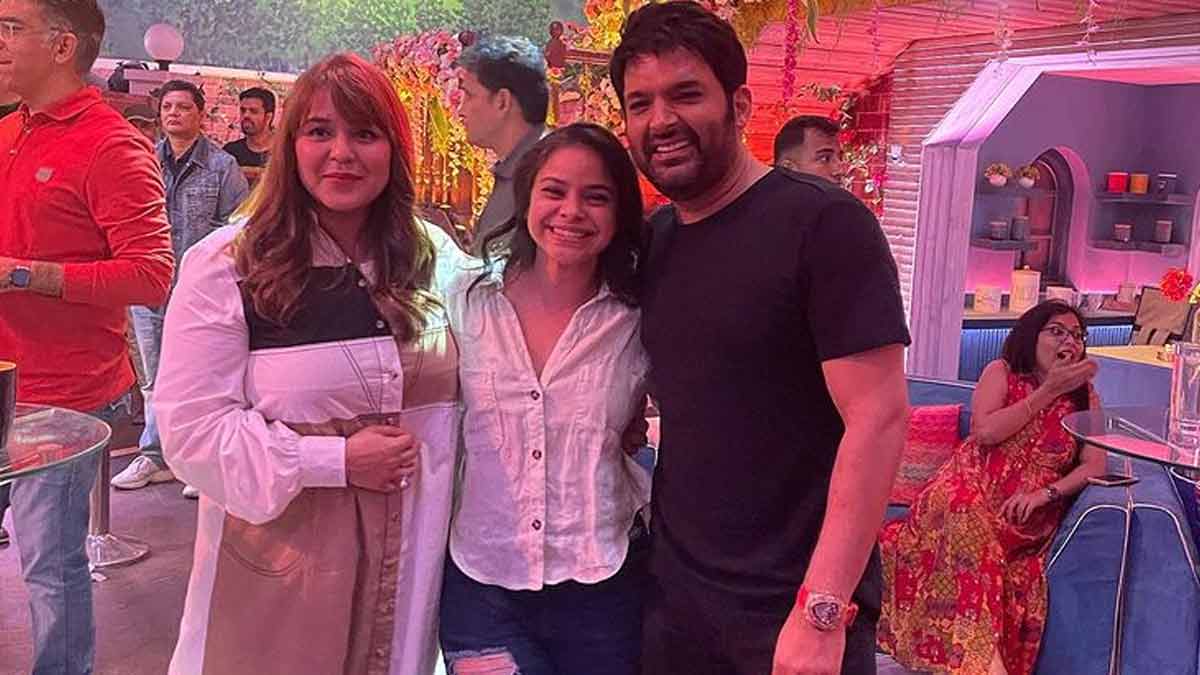 Sumona, who plays the role of Bhuri in The Kapil Sharma Show shared several photos of the wrap-up party on her own Instagram account. She shared a number of photos of the super fun party, and it appears that the comedians had a gala time together. Sumona can be seen taking a selfie with Krushna and Kiku in one of the photos. Chandan Prabhakar is also seen in the photograph. In another photo, Sumona is joined by Kapil Sharma and Archana Puran Singh to pose for the camera.

New Season Of The Show Rumours have it that the show is going off air for a while and will be back by the end of the year.

The Kapil Sharma Show was rumoured to be taking a brief small break in March of this year due to the artists' other commitments. The show will, however, return with a new season soon.

Apart from a month-long tour of the United States, Kapil Sharma is working on a number of Bollywood projects. He's been filming for Nandita Das' film, which also features Shahana Goswami in a pivotal part. In addition, OMG 2 producer Vipul D Shah is said to have promised the comic a comedy picture. Kapil Sharma took a short break from his shows in January 2021 after becoming a father for the second time.

Meanwhile, The Kapil Sharma Show will be replaced by India's Laughter Champion, a new comedy show. Archana Puran Singh and Shekhar Suman will be the judges. The two will reunite on stage after previously performing together in Comedy Circus and The Great Indian Laughter Challenge.

About The Kapil Sharma Show

In The Kapil Sharma Show, Kapil Sharma and his crew of comedians including Sumona Chakravarti, Kiku Sharda, Chandan Prabhakar, Krushna Abhishek, Bharti Singh, and Rochelle Rao, play inhabitants of a society. Every episode usually has two sections, the first of which is a humorous skit performed by the show's actors and the second of which is a celebrity interview in which famous people from various fields engage in a lighthearted conversation with Kapil Sharma. Navjot Singh Sidhu was the show's permanent guest until February 16, 2019, when Archana Puran Singh took over.

Don't Miss: How Did A Common Man Kapil Sharma Rose To Fame And Became The King Of Comedy

The Kapil Sharma Show has been a popular show which has won the hearts of innumerable fans. Fans are bound to be a bit sad about the show going off air since it filled everyone’s lives with love and laughter. We’re sure that fans must eagerly be awaiting for the new season to commence. Moreover, let’s wait to see if the new comedy show is able to make space in people’s hearts the way this show did.