Take a look at the details of Indian cricketer Jasprit Bumrah and Sanjana Ganesan's wedding ceremony. India's famous bowler Jasprit Bumrah just had the wedding of his dreams with the woman of his dreams. That’s right Bumrah got married to Sanja Ganesan on the 15th of March in a private ceremony in Goa and then took to social media to share the news of his union.

He uploaded a beautiful set of pictures on his Twitter and Instagram along with his wife Sanjana and we just can’t keep calm.  So, we thought of sharing some more information about how the ceremony was, who Sanjana actually is, and a little bit about their love story.  If you are interested, then read on to find out the details of this love affair. 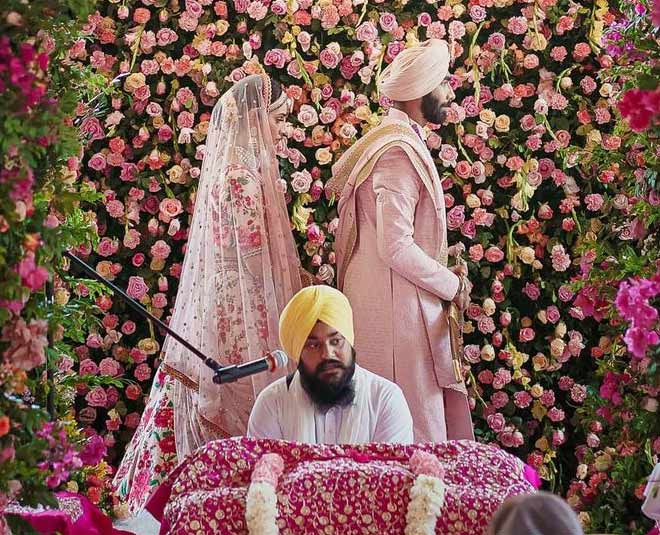 Jasprit Bumrah and Sanjana shared a post on their respective social media(times when social media rewarded people) handles with the same pictures and the caption.  Here’s what it read:  "Love if it finds you worthy, directs your course.” Steered by love, we have begun a new journey together. Today is one of the happiest days of our lives and we feel blessed to be able to share the news of our wedding and our joy with you. Jasprit & Sanjana" To this, he saw a massive response from his friends and followers who wished him the best of things in his new phase of life.

Virat Kohli commented and wrote, "Congratulations and God bless you both. Much love.", “Many congratulations on the start of this beautiful journey. Wishing you both a lifetime of happiness.”, wrote the BCCI, Congratulations @Jaspritbumrah93 @SanjanaGanesan ❤️ Wishing you a healthy and happy married life, wrote Hardik Pandya. Among others who congratulated them were Suresh Raina, Harbhajan Singh, Shikhar Dhawan, KL Rahul, etc. Bumrah was not part of the current Indian team for the ongoing series against England. He was on a leave for “personal reasons” which we now know about.

Who Is Sanjana Ganesan? 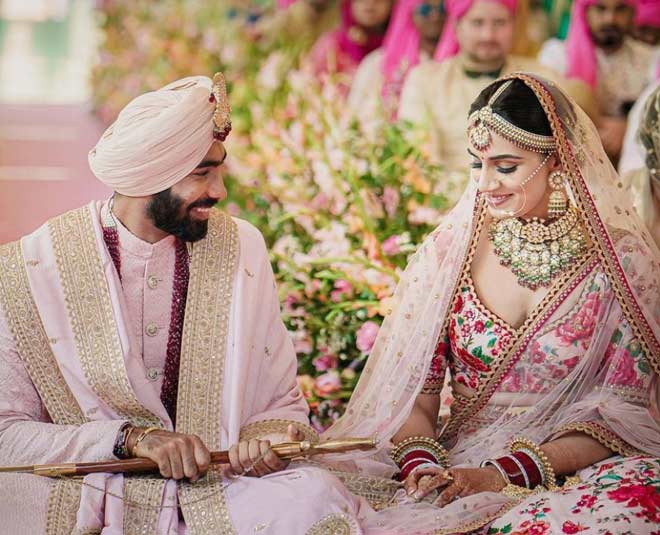 Sanjana Ganesan is a renowned sports Anchor and works for Star Sports Network. She does 'Match Point' and 'Cheeky Singles' for the channel. And is also the official anchor for the IPL show called ‘The Knight Club’, apart from that, she has also been associated with Premier Badminton League PBL and ‘Dil Se India'  for her channel.  In addition to that, Sanjana is a model and has also been a part of the Femina Miss India(Manya Singh The first runner-up of Femina Miss India 2020) Pageant, wherein she was one of the finalists. She has won the 'Femina Officially Gorgeous' award at the same contest.

In 2014, Ganesan also contested for MTV Splitsvilla. Although she left the competition later due to some injuries.  Sanjana is also very active on social media and has about 390K followers on her Instagram handle.

Don't miss: Getting Married Soon? Check Out Reasons To Consider Having A Destination Wedding

About Their Love Story 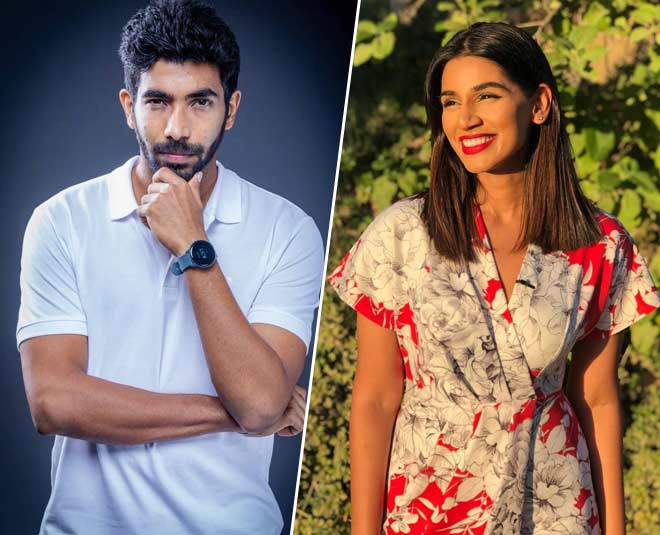 Although there is not much that we know about their love story as of now, but we do know that the two love birds definitely crossed their paths on the cricket ground.  A video from a show called Naman, held in 2020 went viral where Sanjana can be seen asking Jasprit some questions and they are seemingly having an indulging conversation.  And from that conversation to marriage it surely had been a great journey for both, we wish them all the best things in life and hearty congratulations.

Don't miss: Here's How You Can Ace Your Wedding Photoshoots Even If You're Camera Shy