Interestingly, there are a lot of commonalities between Bigg Boss female winners. 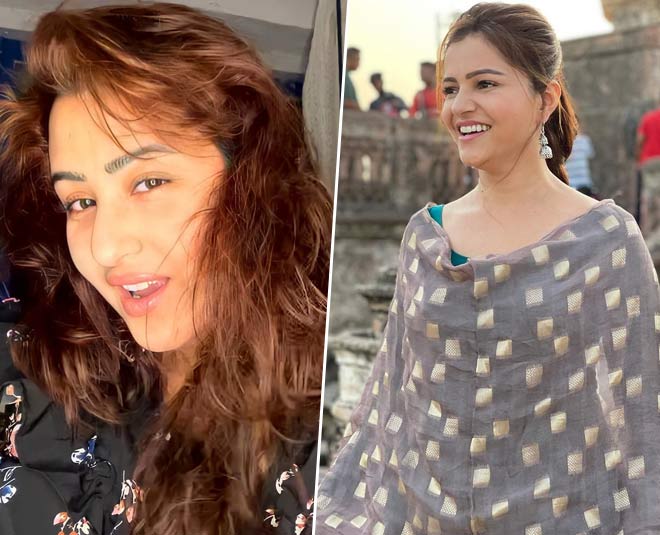 Bigg Boss makers came with the digital edition of the controversial reality show this season. However, the channel is also hinting at Bigg Boss 15 with their new promos. Unlike Bigg Boss OTT, Bigg Boss 15 will air on television and will be hosted by Salman Khan.

Meanwhile, we thought of taking you a little back to the time when women walked home with the Bigg Boss trophy like a boss. Surprisingly, all the female winners who won Bigg Boss had a few things in common. Don't believe us? Read on.

You might not have noticed but all the female contestants who emerged as the winners of Bigg Boss in the past had a special connection with the kitchen. Be it Dipika Kakar, Rubina Dilaik, or Shilpa Shinde, all these female Bigg Boss winners were seen spending time inside the kitchen most of the time. When Dipika Kakar was inside the Bigg Boss house, she spent most of her time in the kitchen, cooking, which she reportedly loves doing and we can say her presence in the kitchen made her a household name and made her win Bigg Boss.

Shilpa Shinde, who won Bigg Boss 11 too won everyone's heart with her cooking inside the Bigg Boss house. She used to cook all three meals for the housemates. Even the host Salman Khan supported her. When she was slammed by housemate Priyank Sharma for her weight, host Salman Khan pointed out that she worked way more than any other contestant and even shared that she had made more than 5k rotis inside the Bigg Boss house.

Last season, Rubina Dilaik too had a stronghold over the kitchen area last season. In fact, she also got into an ugly fight with Rakhi Sawant once where she told her that she will be making lunch.

Looks like the viewers love the contestants who take over the kitchen duty on the show. What do you think?

Right from Shilpa Shinde to Rubina Dilaik, almost all the Bigg Boss female winners got into quarrels with the host of the show, Salman Khan. Remember when Salman Khan lashed out at Shilpa Shinde and Vikas Gupta after they started making personal comments on one another?

Gauahar Khan, who took home the trophy for season 7 too got into an ugly argument with the host. During one of the Weekend Ka Vaar episodes, while the host was blasting at her and many other contestants, she called him unfair and that's when Salman Khan lost his cool and asked her not to interfere while he was talking to Kushal Tandon.

Catch it before tv on @VootSelect.#BiggBoss2020#BiggBoss14#BB14#WeekendKaVaar@AmlaDaburIndia@LotusHerbalspic.twitter.com/ukmyFxiWQO

Well, contestants making personal comments on each other is quite common inside the house and all the female winners of the show in the past faced it.

Dipika Kakar who initially hadn't got into an ugly spat with any of her co-contestants got furious and lashed out at housemate Romil and Srishty when they hinted at her relationship with Sreesanth. This was the first time a Dipika reacted this way after a personal comment was passed on her.

In season 4, Dolly Bindra made a couple of personal attacks on co-contestant Shweta Tiwari. She accused her of giving sexual favours for a certain amount of money and also threatened her to disclose the names of the fathers of her children.

Last season, Rubina Dilaik was threatened by co-contestant Jasmin Bhasin that she would reveal her personal stuff on national television and it won't look nice.

Do you find any more commonalities between the female winners of Bigg Boss? Share your thoughts with us on our Facebook page and for more such stories, stay tuned!