Bigg Boss 15: The Love Birds Are Eliminated On The Weekend Ka Vaar

The Weekend Ka Vaar with Salman Khan is here and there is a lot more to see what the week brought to us this time!

The Weekend Ka Vaar episode started with a glimpse of Ranveer Singh’s new show, The Big Picture, where Salman Khan and Aayush Sharma made a guest appearance and had a question they needed help from the inmates with! Jay Bhanushali being the one to rescue, Salman and Aayush were able to secure a sum of 1 lakh rupees for Being Human!

Ieshaan Sehgal and Miesha Iyer have been evicted this weekend from the Bigg Boss house. Is it the end of the relationship or will we see more of them outside?

Raqesh Bapat and Neha Bhasin, Shamita Shetty’s BFFs from Bigg Boss OTT season made an entrance in the main house as wildcards and everybody is delighted to see them, but we spotted Neha Bhasin being a little skeptical about Pratik Sehajpal taking her relationship with him from the past season. 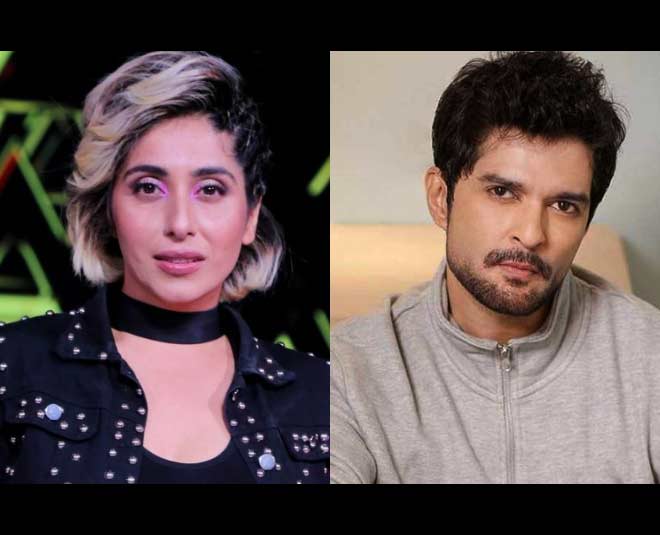 Bhagyashree Patwardhan made an appearance on the show with her son, Abhimanyu Dassani, and Sanya Malhotra for their Netflix Original, Meenakshi Sundareshwar which has been released and is booming on Netflix. It is a story about a married couple in a long-distance marriage right after they get married.

Bhagyashree Patwardhan being Salman Khan's first heroine made Salman disclose how he hadn't received work for 8 months after their movie 'Meine Pyaar Kiya' and some memories from their shoot days!

Salman takes on Ieshaan Sehgal before he had been evicted as all he and Miesha Iyer were looking were at their love connection in the Bigg Boss house, at which Salman Khan had many times asked them to shift their focus from. The outcome wasn't sweet, and the two had been evicted. 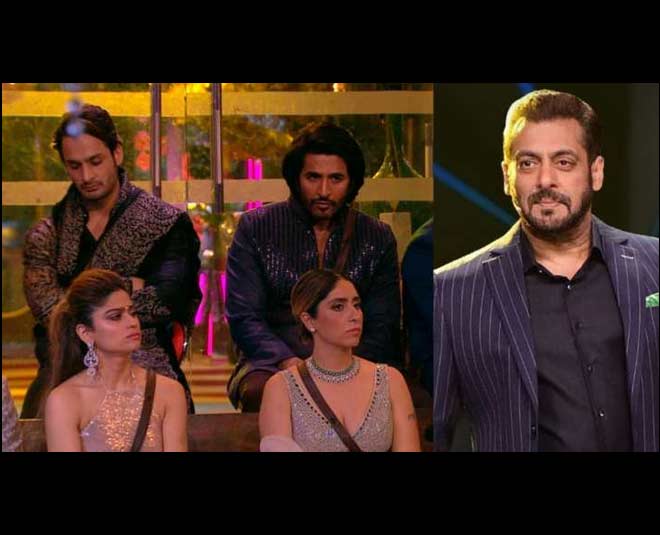 With new wildcards, Salman Khan brought up a question that had been put forward by Raqesh Bapat and Neha Bhasin in regards to going forward with the game.

The question focussed on Shamita Shetty, as we expected, Vishal Kotian had been put under the spotlight for his so-called relationship with Shamita to which he kept hanging with multiple different answers which were unrelated. Shamita Shetty was seen being emotional and upset with her excess of trust in Vishal and how everybody had been telling her a different story.

Ekta Kapoor And The Naagins

Ekta Kapoor and her naagins made an appearance at the Bigg Boss house and had a lot to say to the inmates. The three came bearing gifts too! 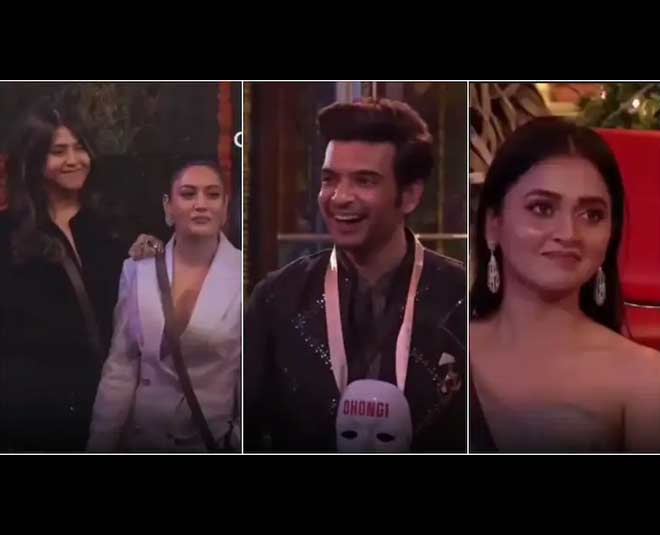 Ekta Kapoor gave away 2 evil-eyed necklaces to 2 of the inmates, Pratik Sehajpal and Raqesh Bapat, while a hamper to Karan Kundrra and Tejasswi Prakash while giving a bed sheet to Shamita Shetty. The hampers were all ingrown and by her own brand.

Salman Khan is spotted pointing out Neha Bhasin’s statement wherein she is heard saying how creative make-up angles to build stories which are entirely not true to what Salman Khan has to say.

Is the love story between Miesha Iyer and Ieshaan Sehgal about to begin or end? Stay tuned to HerZindagi for more!