Read on to know the mythological stories attached to Basant Panchami.

Basant Panchami marks the beginning of the spring season in our country. With this day, we get relief from the extremely cold weather and the weather starts to get pleasant. Flowers start to bloom and there is greenery everywhere. The world becomes a beautiful and happy place with the arrival of this day. Today, on 5th February, Saturday, we are celebrating Basant Panchami.

This day is dedicated to Goddess Saraswati. We worship the Goddess of knowledge, arts and music on this day. Saraswati Puja is more popular in the states of Bengal, Odisha along with other North Indian states including Uttar Pradesh, Bihar, Rajasthan and Madhya Pradesh. It is said that if we worship Goddess Saraswati on this day, then we will also gain knowledge and intelligence.

This day also marks the onset of the festival of Holi which occurs exactly after 40 days. Along with this, this day is also associated with the flowers blooming, bumblebees buzzing and animals mating. Goddess Saraswati plays Veena which is the symbol of divine music, holds the book of inner knowledge along with a mala which is the power of mantra. She has a beautiful human form which has been portrayed in many sculptures through centuries. She rides the elegant swan or the peacock.

According to mythological stories, Saraswati evolved from the mouth of Lord Brahma on this day itself.She was extremely beautiful and elegant, therefore, Lord Brahma also fell for her.

According to the legends in Western India, she is believed to be the daughter of Lord Surya, thus, she is known as ‘Surya Kanya’ And is said to be the wife of Kartikeya.

According to the legends in Eastern India, she is the daughter of Goddess Parwati. It is said that she was married to Lord Vishnua who has three wives;Saraswati, Ganga and lakshmi.

According to popular folklore, it is associated with the legendary poet Kalidasa. The story starts when Kalidasa was a simpleton. He was tricked into marrying a princess who didn’t respect him at all.

This disrespect made him take a huge step and he decided to commit suicide. However, before committing suicide, he met Goddess Sarawati who apppeared in front of him. She asked him to take a dip in the holy river. He did as asked by her and he came out of the river as an knowledgeable, intelligent and cultured person who would eventually become a renowned poet.

This is why people worship Maa Saraswati on this day so that she can provide them with knowledge and intelligence.

Don't Miss: This Is How Much Shark Tank India Judges Charge As Salary Per Episode 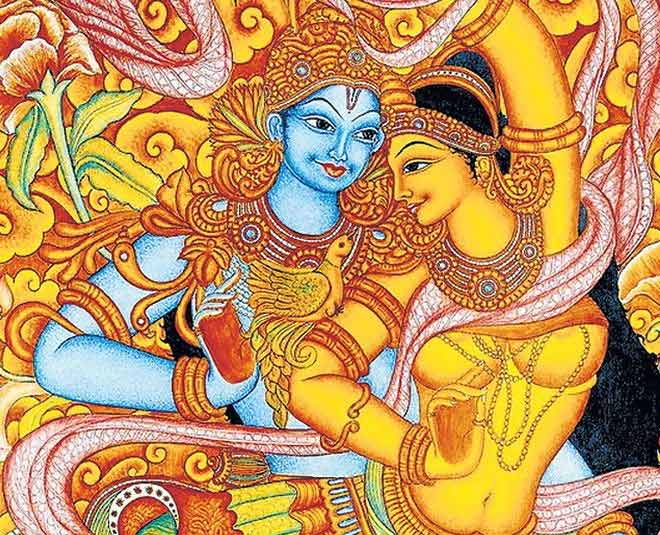 You must know that Lord Kamadeva is worshipped along with his wife, Goddess Rati on this day but do you know the legend behind it? It is believed that this is the day when Goddess Rati went into severe penance for a duration of 40 days.

She went into this repentance after Lord Shiva turned her husband into ashes. However, her penance was brought into colours later as the curse was broken. Lord Shiva finally brought Kamadeva back to life by breaking the curse. Lord Shiva broke this curse on the day of Basant Panchmi, therefore Lord Kamadeva and Goddess Rati are worshipped. It is believed that if a couple worships Lord Kamadeva and Goddess Rati on this day, then it will be beneficial for their married life.

Source Of The Life Of Aryans

There is another legend behind this day. It is believed that the Aryans travelled through Khyber Pass. Further, they crossed the Saraswati river to reach India. When they settled in the country, the Saraswati river became extremely important to them. Therefore, these celebrations became a routine.

Celebration In Nizamuddin Aulia In Delhi

Not only Hindus but Muslims have also been celebrating this day since 12th century AD.If the legends are to be believed, after Delhi’s Chishti Saint Nizamuddin Aulia’s young nephew died, then the saint withdrew from the society.

In order to brighten the Saint’s day, Court poet Amir Khusrau dressed in yellow and took flowers to the Saint. This brought a smile on the Saint’s face. Since that day, Basant has been celebrated at Nizamuddin Aulia in Delhi along with all dargah’s of the Chishti order.