Anushka Sharma To Make A Comeback After 3 Years As Jhulan Goswami, All About The Former Indian Skipper

Jhulan Goswami is the highest wicket-taker in Women's One Day International Cricket.

Anushka Sharma will be making her comeback after 3 long years with former captain of Indian National Women's Cricket Team, Jhulan Goswami's biopic, Chakda Xpress. The first teaser of the upcoming Netflix movie was released today and it is getting immense love from across the globe.

On her Instagram post, Anushka Sharma shared, "It is a really special film because it is essentially a story of tremendous sacrifice. Chakda Xpress is inspired by the life and times of former Indian captain Jhulan Goswami and it will be an eye-opener into the world of women’s cricket. At a time when Jhulan decided to become a cricketer and make her country proud on the global stage, it was very tough for women to even think of playing the sport. This film is a dramatic retelling of several instances that shaped her life and also women’s cricket."

Chakda Xpress is being helmed by Prosit Roy and the filming will begin soon. The release is slated for Netflix.

While we all look forward to Chakda Xpress, we are sure not many are aware of Jhulan Goswami's journey. So, we quickly thought of giving you an insight into Jhulan Goswami's story. Read on.

Who Is Jhulan Goswami?

Jhulan Goswami hails from Chakdaha in the Nadia district of West Bengal. Growing up, Jhulan was a football fan. After watching the 1992 Cricket World Cup on television, she got inclined towards cricket. Her interest in cricket further grew when she watched Australian cricketer, Belinda Clark in the 1997 Women's Cricket World Cup.

Jhulan Goswami Started Playing Cricket At The Age Of 15 At the age of 15, she decided to take up cricket. However, because Chakdaha didn't have any cricket facilities and Jhulan Goswami travelled to Kolkata to play cricket. After completing her cricket training in Kolkata, Jhulan Goswami joined the Bengal women's cricket team.

Best Fast Bowler Of All Time 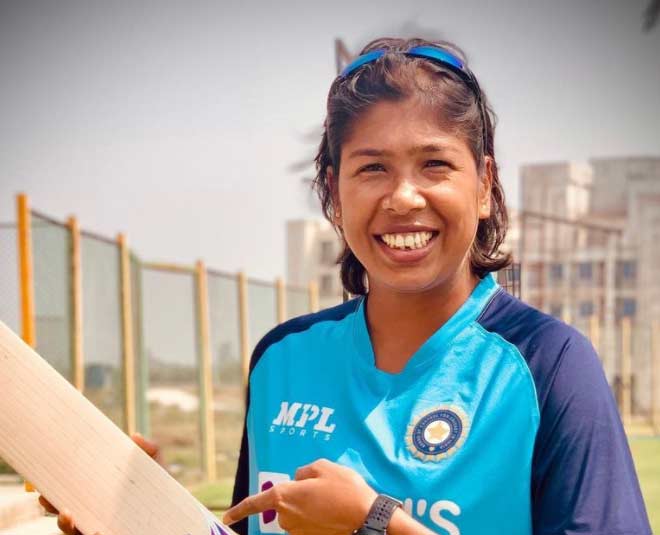 Currently, Jhulan Goswami has been appointed as a bowling consultant for India women's national cricket team under head coach, Ramesh Powar. She plays as a player-coach in the Indian team.

Anushka Sharma was last seen in the movie Zero opposite Shah Rukh Khan and Katrina Kaif in the year 2018. This will be Anushka Sharma's first project after the birth of her daughter Vamika. What are your thoughts on Anushka Sharma playing Jhulan Goswami? Share with us on our Facebook page. For more such stories, stay tuned!