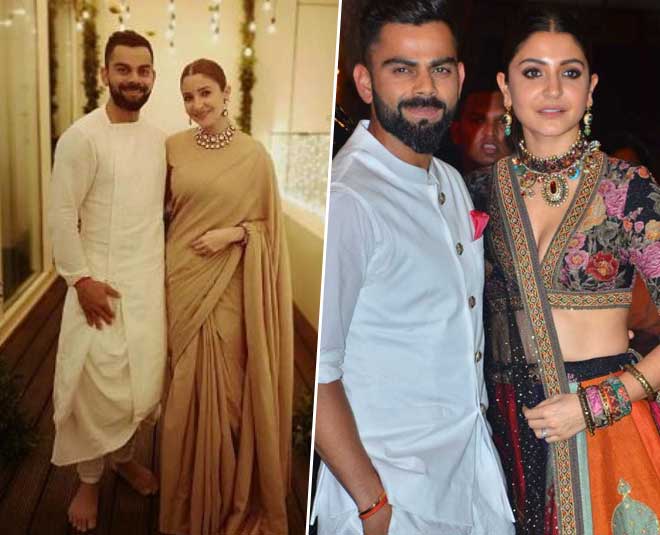 Both Anushka Sharma and Virat Kohli never disappoint us when it comes to their sartorial choices. Off-duty, they are loved for their playful chemistry and fashionable moments. In the past, they have managed to prove that their sense of style is just unbeatable, it is fuss-free, yet statement making.

It is their wedding anniversary today and we thought of taking you back to the times they set goals with their traditional looks. Here are our favourite ones -

This one tops the list for many reasons. Virat Kohli and Anushka Sharma arrived at a Diwali party in Sabyasachi ensembles. Sabyasachi Mukherjee has been the couples' go-to-designer ever since their wedding. While Anushka Sharma wore a multi-hued lehenga from Sabyasachi Mukherjee's Charbagh collection. It was teamed with a plunging neckline blouse with floral embroidery and sequins. It was paired with a thick border, sequins black dupatta. 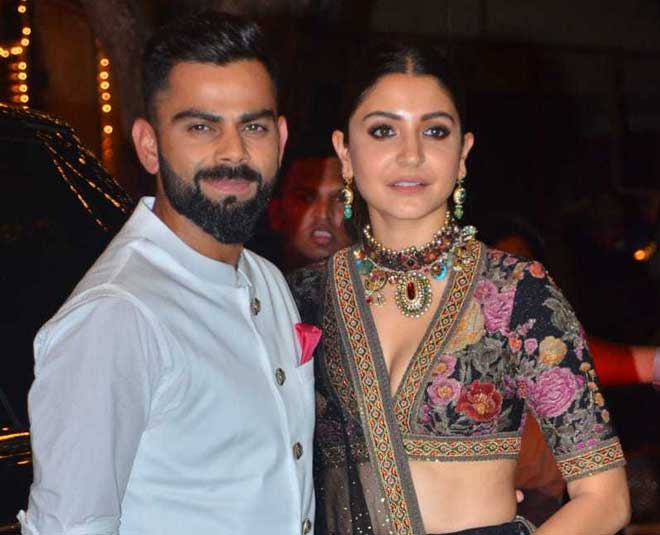 Anushka Sharma's look was teamed with a chunky choker and matching earrings from the designer. Love how Anushka Sharma's hair were don in a neat ponytail and makeup kept classic - kohl rimmed eyes and nude lipstick.

Virat Kohli on the other hand looked dapped in a white kurta, Nehru jacket and pants. For footwear, he wore black mojari's. His hair were neatly groomed with the look. 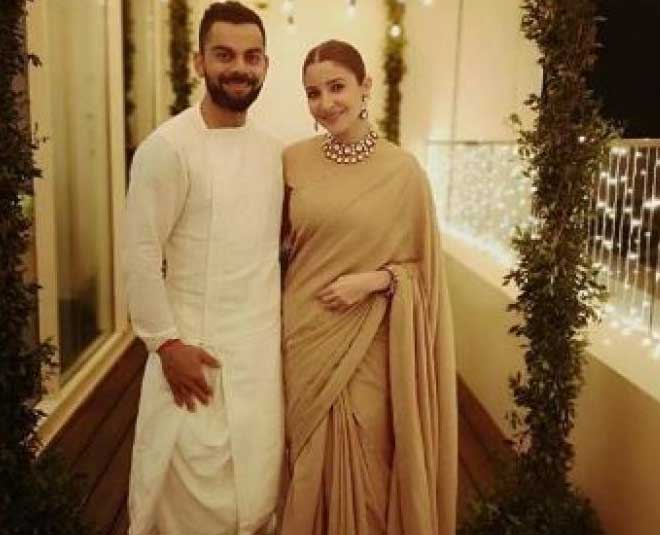 Virat Kohli and Anushka Sharma have always been fans of classics. Less is more has been their mantra when it comes to fashion all the time. For their first Diwali celebrations, Anushka and Virat opted for simple traditional wear. While Virat Kohli carried a crisp white kurta pyjama set, Anushka Sharma wore a plain beige saree with a chunky kundan choker and matching earrings.

Don't Miss: This Is How Virat, Anushka Keep Their Relationship Healthier 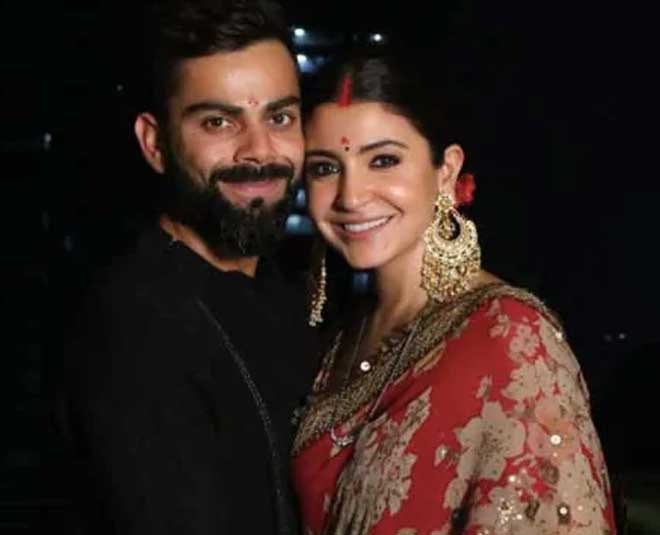 On the occasion of Karwa Chauth, once again, Anushka Sharma and Virat Kohli opted for stunning traditional wear. Anushka Sharma wore a red saree by designer Sabyasachi Mukherjee from his autumn/winter

collection. Her saree had big glorals in beige. She rounded off her look with chaandbalis, mangalsutra, red choora. On the other hand, Virat Kohli kept it simple with a black kurta by Antar Agni.

Don't Miss: Virat Kohli Flaunting Anushka Sharma’s Initial On His T-Shirt Is Too Cute To Miss! 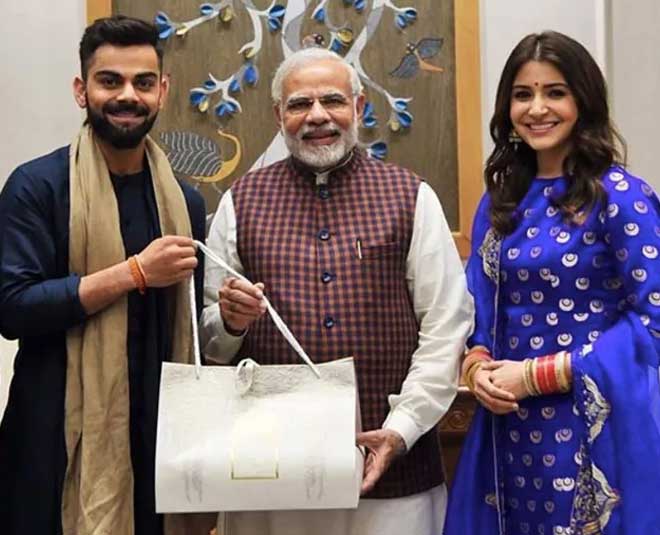 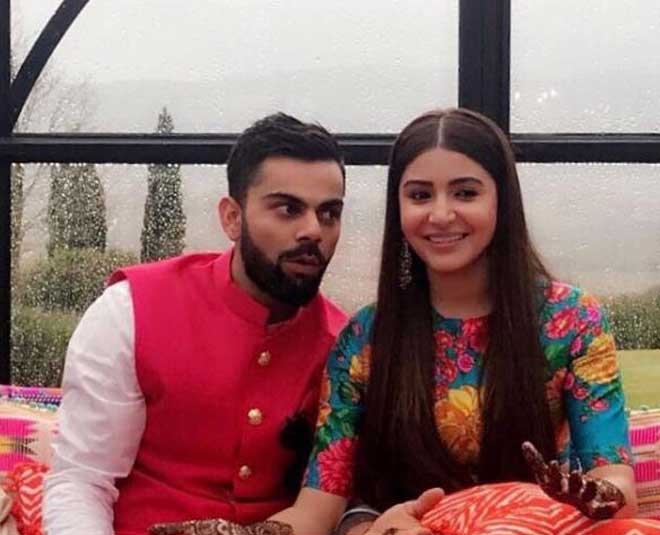 For their pre-wedding festivities in Tuscany, Italy, Anushka Sharma and Virat Kohli wore colourful traditional outfits. For the mehendi ceremony, Anushka Sharma wore a colour blocked lehenga by Sabyasachi Mukherjee. Her blouse had multi coloured floral print and lehenga skirt had stripes. The hand painted lehenga was hand embroidered gota and marori. She teamed it with jewellery from the designer's Heritage Jewellery Collection - a pair of jhumkas with Iranian turquoise, tourmalines, uncut diamonds and Japanese cultured pearls. Virat Kohli colour coordinated his look with a white kurta pyjama and fuschia pink Nehru jacket.

Tell us which one is your favourite look among these and why on our Facebook page. For more such fashion related stories, stay tuned!