The Kapoors made the mehendi ceremony special for bride-to-be Alia Bhatt special in every possible way.

Finally, pictures from Alia Bhatt and Ranbir Kapoor's pre-wedding festivites are out. The couple kept the celebrations an intimate affair with only their close family and friends in attendance like their D-day.

Alia Bhatt treated her fans with pictures from her mehendi ceremony at Ranbir Kapoor's residence, Vastu on her Instagram handle this morning.

Sharing pictures from the intimate mehendi ceremony on her Instagram handle, Alia Bhatt wrote, "The Mehendi was like something out of a dream.

It was a day full of love, family, our beautiful best friends, a LOT of French fries, a surprise performance by the ladkewalas, Ayan playing DJ, a BIG surprise organised by Mr. Kapoor (my favourite artist performed my favourite songs), all followed by some happy tears and quiet, blissful moments with the love of my life. There are days… and then there are days like these! 💕♾." 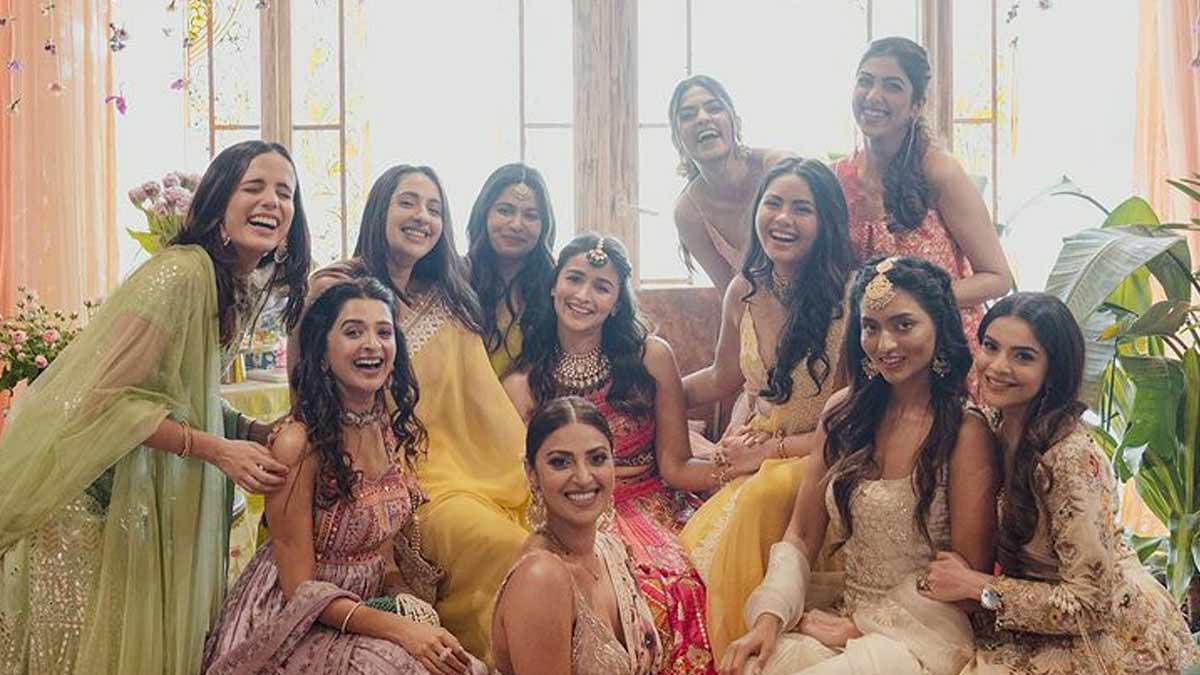 In the pictures shared by Alia Bhatt, her girl gang can be seen posing with the bride-to-be. Alia Bhatt's BFFs Anushka Ranjan and Akanksha Kapoor Ranjan were spotted in the frame. 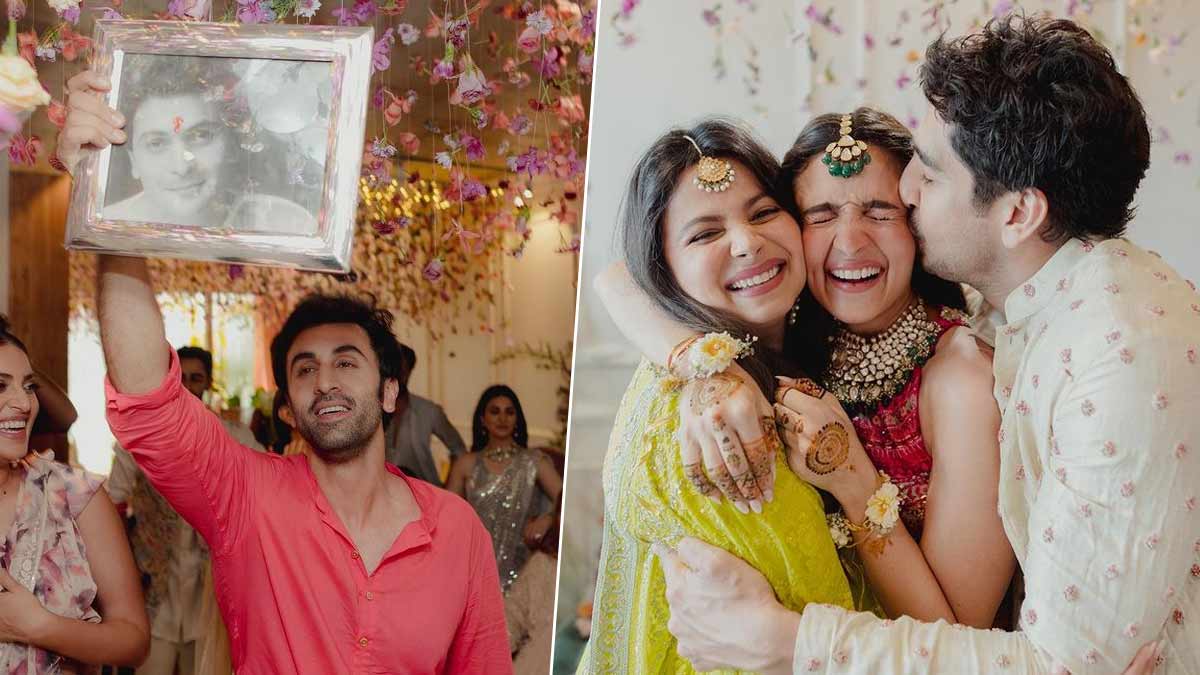 In another picture, we see Ranbir Kapoor carrying a photo frame with a black and white picture of his late father Rishi Kapoor. Surely, it was his way of paying tribute to his late father.

Alia Bhatt can also be seen having an adorable moment with sister Shaheen Bhatt and BFF Ayan Mukerji. 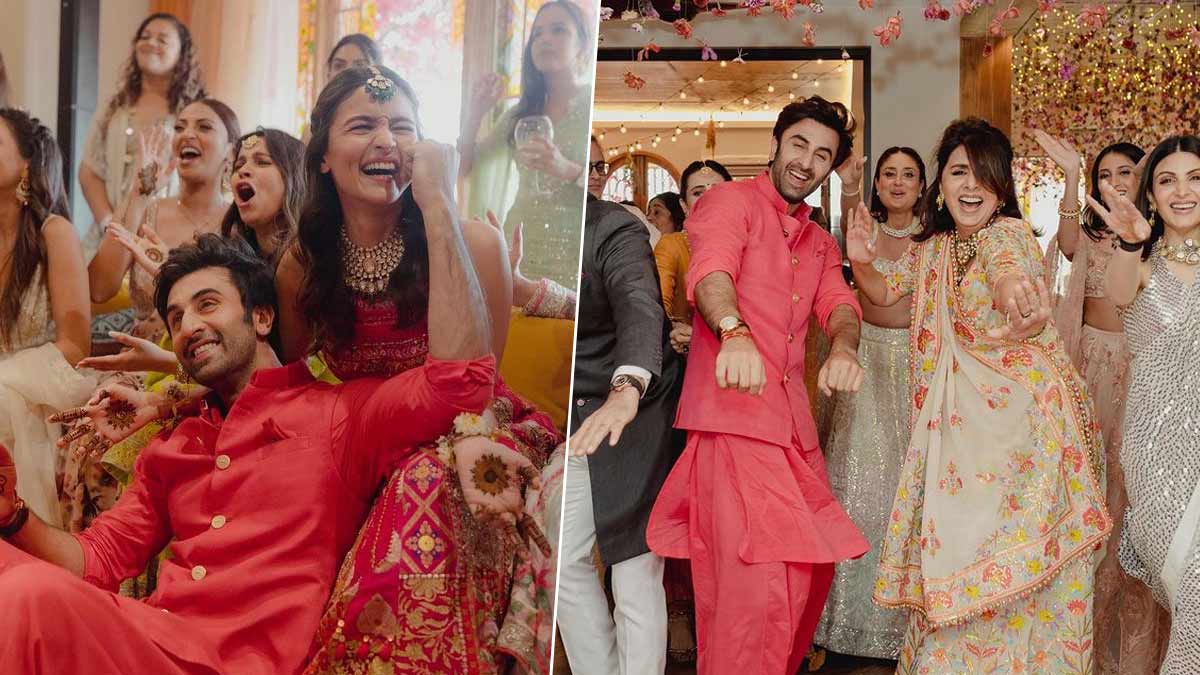 In another picture shared by Alia Bhatt, the Kapoors, ladkewalas can be seen performing. Earlier, we had shared a BTS video of the Kapoors practising their dance steps ahead of the wedding festivities. In the frame, we spotted Ranbir Kapoor, Neetu Kapoor, Kareena Kapoor, Karisma Kapoor, Riddhima Kapoor Sahani and Bharat Sahani. 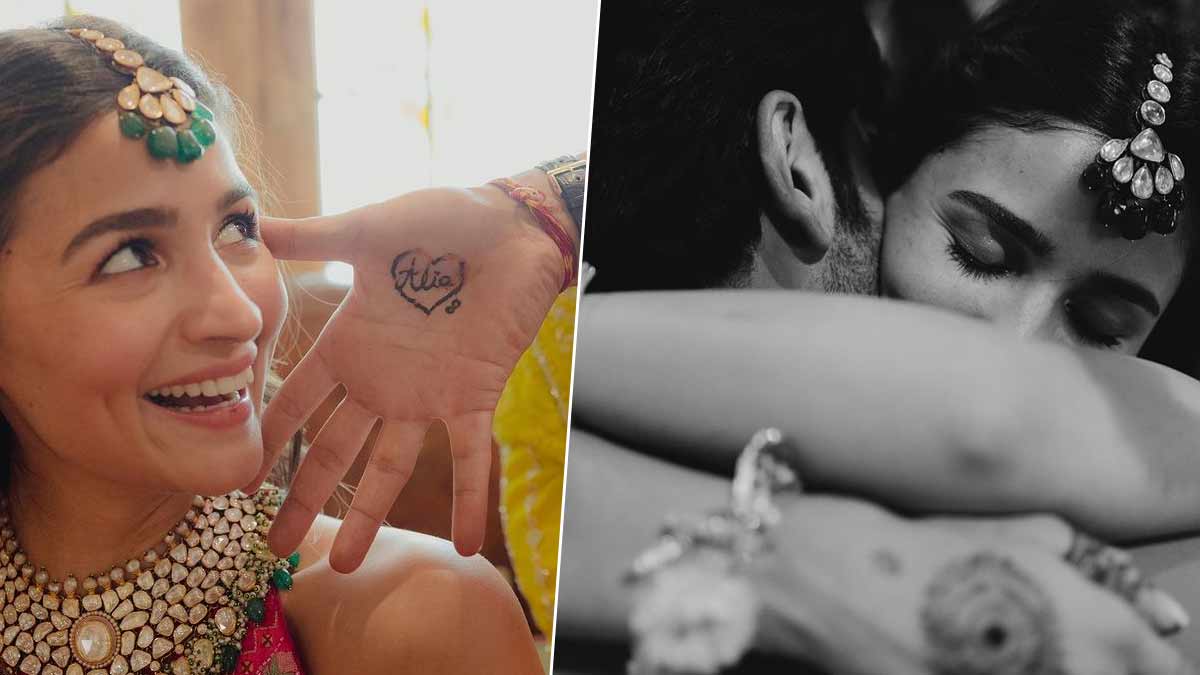 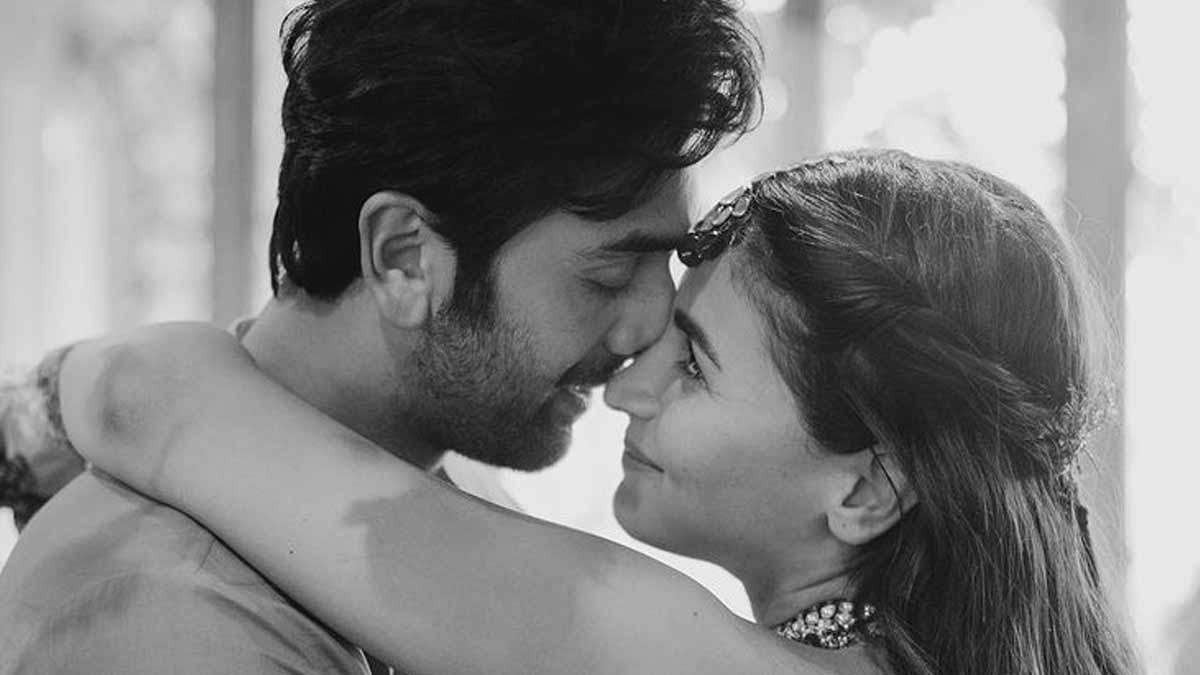 Singer Prateek Kuhad was earlier spotted at Ranbir Kapoor's residence. Reportedly, Alia Bhatt is a big fan of Prateek Kuhad's music. To make the ceremony special for Alia Bhatt, Ranbir Kapoor reportedly got Prateek Kuhad to perform at the mehendi function. He performed around 4 songs. This was followed by dance performances by the Kapoors.

For her mehendi ceremony, Alia Bhatt opted for a lehenga set sans a dupatta from the house of Manish Malhotra. Her bright red lehenga featured beautiful patchwork in multiple colours. It was teamed with a halter neck choli.

Her mehendi look was rounded off with a diamond polki statement choker and matching maangtika by Dedhia Jewellers.

For this pre-wedding festivity, Alia Bhatt kept her makeup soft, with loads of mascara, blush and a nude lip colour, her signature makeup look. Her hair were done in a twisted braid at the back and the rest of her tresses were left loose.

Alia Bhatt kept her mehendi design minimal. It was reportedly done by Chembur based mehendi artist, Jyoti Chheda. The design was kept very simple, just on her palms and the back of her hand. The mehendi was beautifully done in circles. The mehendi had an R (Ranbir Kapoor's initial) and 8 (Ranbir Kapoor's lucky number).