Alia Bhatt and Ranbir Kapoor made their intimate wedding ceremony at Vastu special in so many ways.

After dating for many years, Alia Bhatt and Ranbir Kapoor finally tied the knot on 14th April 2022 in an intimate wedding ceremony. The low-key wedding took place at Ranbir Kapoor's house Vastu where close family and friends were in attendance.

Ranbir Kapoor accessorised his wedding look with an expensive watch which belonged to his father. As per reports, the wristwatch which Ranbir Kapoor wore for the wedding day is worth INR 21 Lakh. It was Ranbir Kapoor's way to pay tribute to his late father Rishi Kapoor. 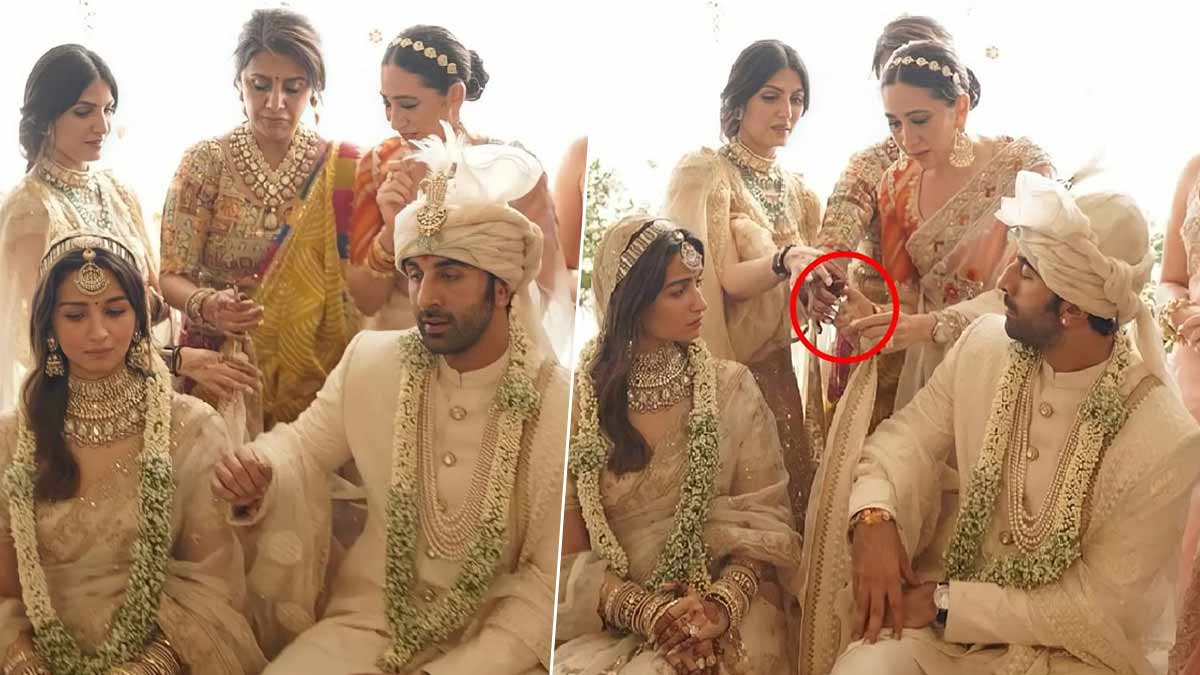 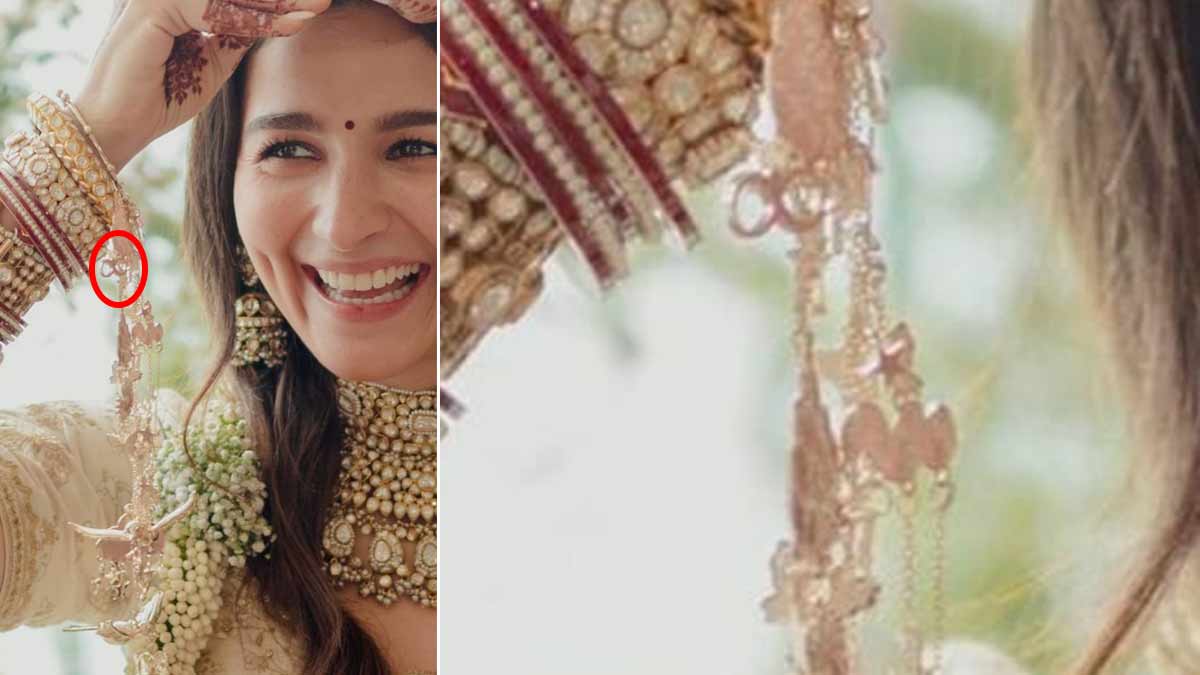 You aren't really an Alia Bhatt fan if you aren't aware of her obsession with number 8. Ranbir Kapoor's lucky number is 8 and no wonder why it is special for Alia Bhatt. Number 8 also denotes infinity. If you missed noticing in the wedding pictures, let us tell you that we spotted number 8 on Alia Bhatt's kaleere and mangalsutra. Isn't that a beautiful way to embrace your partner's lucky number?

An interesting detail about Alia Bhatt's ivory organza saree from Sabyasachi Mukherjee was that it had her wedding date embroidered on it. Yes, the wedding date, "The fourteenth of April 2022" was embroidered on the saree with intricate gold thread. Such a special detail, no?

Toast To Married Life With Cake And Champagne 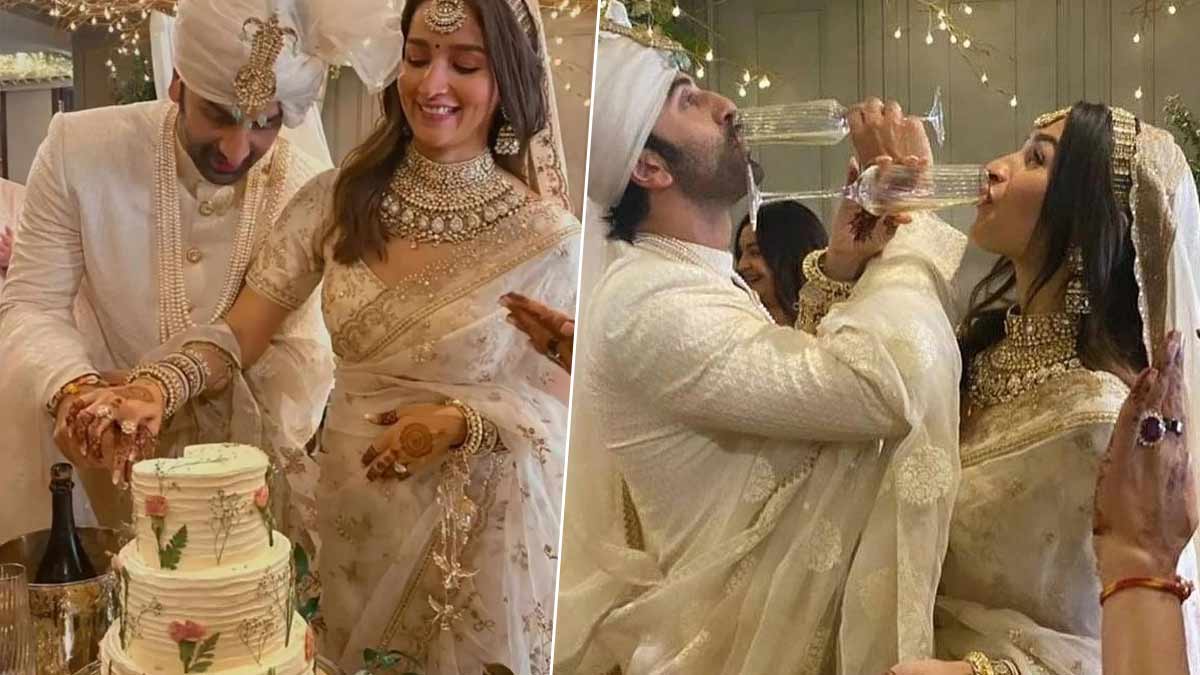 Alia Bhatt and Ranbir Kapoor raised a toast on their big day, just like Neetu Kapoor and Rishi Kapoor did, years ago on their wedding day. They were seen celebrating their relationship by sipping on a glass of champagne. After the toast, the couple cut a three-tier wedding cake.

Alia Bhatt And Ranbir Kapoor Took 4 Pheras Instead Of 7

As per reports, Ranbir Kapoor had personally requested the Panditji to properly explain the rituals during the ceremony as they are performed.

Alia Bhatt Had No Chura Ceremony

The chura ceremony is one of the most important ceremonies in Punjabi weddings but it didn't take place at Alia Bhatt's wedding. Why? Traditionally, the newly wed bride is expected to wear the chura for atleast 40 days. However, since Alia Bhatt plans to get back to shooting soon after the wedding, she skipped the ceremony altogether. 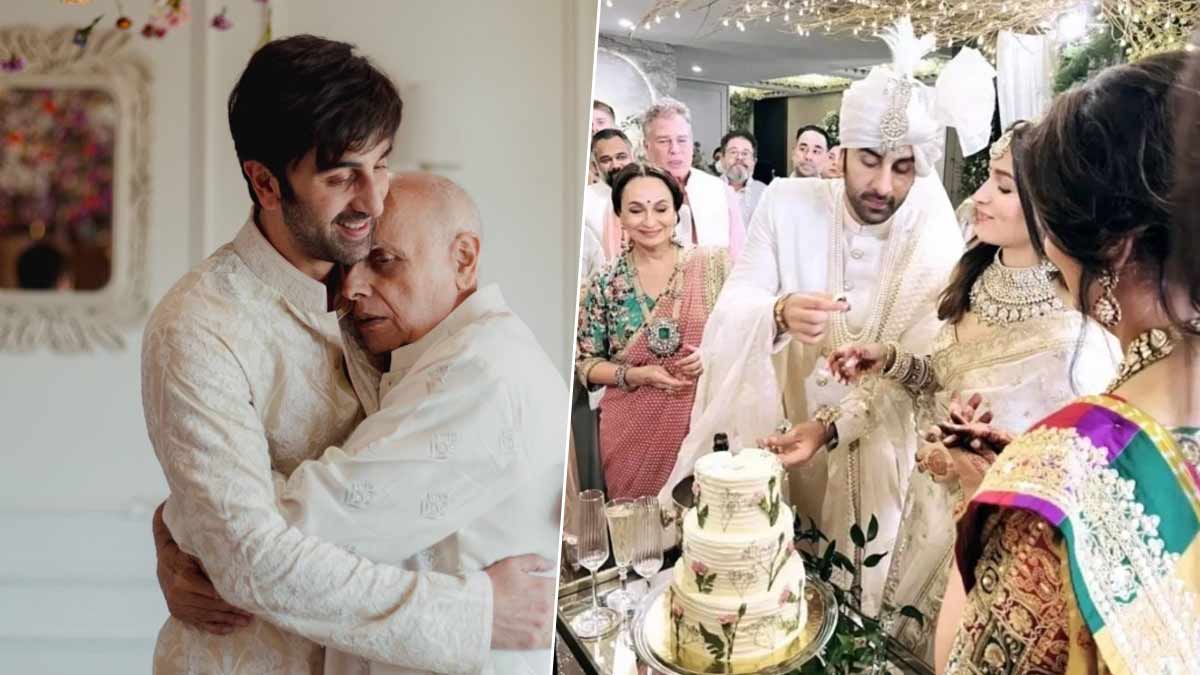 Alia Bhatt and Ranbir Kapoor got married at the latter's residence, Vastu. As shared by Alia Bhatt with her wedding pictures, they tied the knot at their favourite spot, the balcony. The theme for the wedding was gold and white. All the decor images which are now surfacing on social media hint at the theme of the wedding ceremony. Not just the decor, the guests too were dressed up in the two hues.

Soon after the wedding, both the Kapoor and Bhatt family started to share pictures from the wedding day. Sharing a picture with Mahesh Bhatt, Soni Razdan, Shaheen Bhatt, Riddhima Kapoor Sahani, Bharat Sahani, Alia Bhatt, Ranbir Kapoor, and herself in the frame, Neetu Kapoor on her Instagram wrote, 'My family'.

Tell us what are your thoughts on Alia Bhatt and Ranbir Kapoor's intimate wedding on our Facebook page. For more such updates on their wedding, stay tuned!