Akshay Performs Ganga Aarti; What Makes This Aarti So Special? Check Out The Timings And Other Details

Akshay Kumar was accompanied by co-star and former Miss World Manushi Chhillar to promote his film Samrat Prithviraj in Varanasi.

Akshay Kumar was spotted performing a puja on the banks of the Ganga just days after Kartik Aaryan returned from Varanasi following the release of his film Bhool Bhulaiyaa 2. In Varanasi, the actor was joined by co-star and former Miss World Manushi Chhillar to promote his film Samrat Prithviraj.

Akshay Kumar took to Instagram to share a photo of himself wearing a pink kurta and holding a prayer dish with diyas and flowers in it. Akshay wore a red tika on his forehead and did a pooja along the Ganga's banks.

Manushi Chhillar Shared The Moment With Her Fans

Manushi, dressed in a pink salwar-kurta, also uploaded photos from the puja. Manushi is photographed praying with her hands folded and her eyes closed in one of her photographs. In the backdrop, a large crowd of people can be seen in boats and on the ghats. The Samrat Prithviraj actors held the prayer plate together in another photo, with a priest assisting them with their prayers. 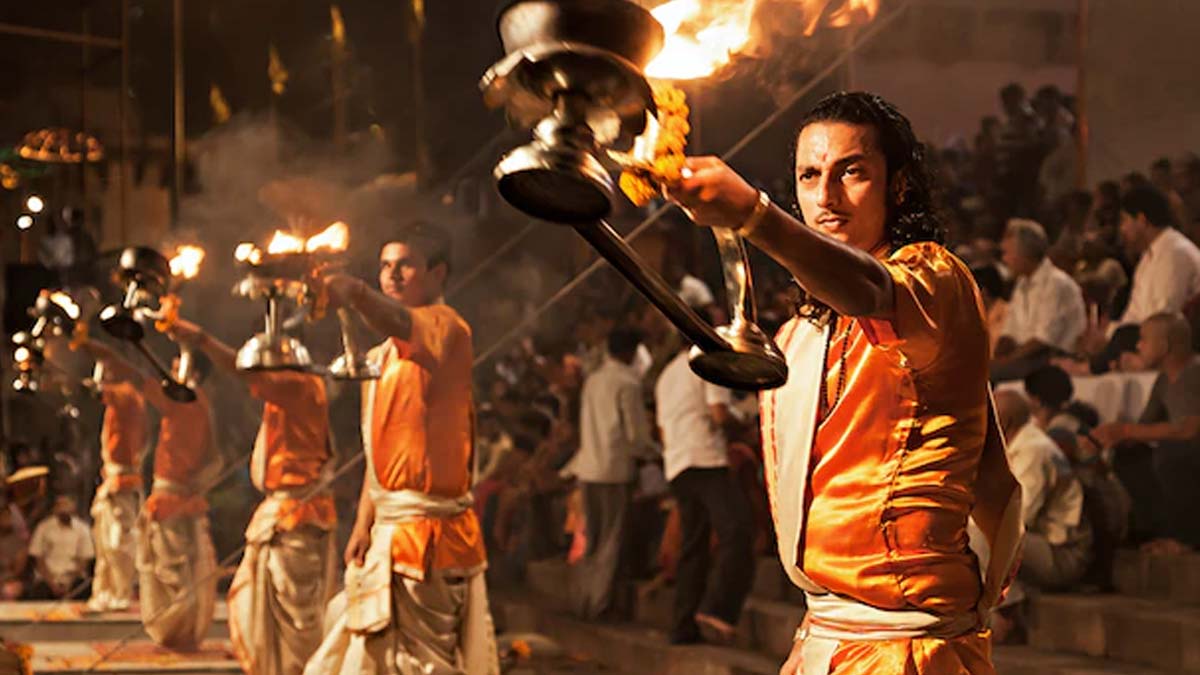 The aarti lasts around 45 minutes and takes place daily after nightfall at 6:30 p.m. in the summer and 7:00 p.m. in the winter. Dashashwamedh ghat, one of Varanasi's holiest ghats, is the location. At 7:00 p.m., an announcement is made to alert the audience of the start of aarti. 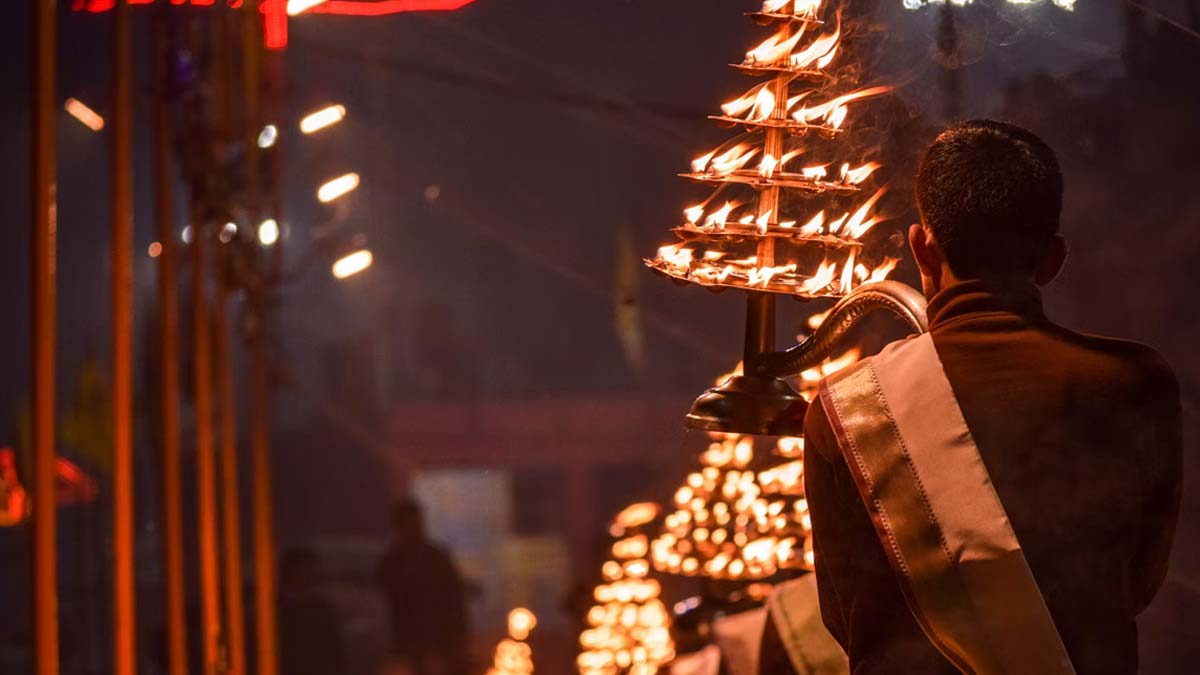 Varanasi priests execute an elaborate and incredibly beautiful aarti on the Ganga ghats every evening. Dashashwamedh Ghat, which is situated close to the Kashi Vishwanath Temple, is the most well-known of all ghats. Assi Ghat and Rajendra Prasad Ghat are two other ghats where tourists can view the Varanasi aarti.

At Dashashwamedh ghat, there's a flurry of activity as people try to locate the best spot to witness the aarti, and then the entire city becomes silent when a shankh (conch) is blown. The shankh signals the start of the aarti and captures everyone's attention. A statue of Goddess Ganga is put in the centre of one of the numerous raised platforms since the Ganga aarti of Banaras is for the River Ganga. The aarti continues with the sound of bells and chanting, as well as the lighting of incense sticks and diyas.

Subah-e-Banaras is the name of the morning aarti, and it is regarded as the best way to start the day in Varanasi. This was a state government of Uttar Pradesh effort that started in 2014.

It starts with Vedic poetry and ends with Ganga aarti. During the aarti, a tribute is also made to the four essential elements that make up everything in the universe: earth, water, sky, and fire. The Aarti is usually performed between 5:30 and 6:30 a.m in the morning.

The aarti is the same as the one held at Dashashwamedh Ghat in the evening, except that because there are fewer people, you can view it more clearly and from a closer distance. Classical musicians from the Banaras Gharana perform classical music and ragas after the aarti. In northern India, gharanas are major social organisations. Each organisation focuses on a specific genre of music or dance.

Don't Miss: This Is The Reason Why Akshay Kumar Will Not Promote His Movies On The Kapil Sharma Show

If you wish to share any interesting facts about religious places with us, then do let us know by commenting on our Facebook and Instagram page.