Did you know that Ramanathaswamy Temple has the largest corridor in the world? Read on!

Rameswaram is of utmost significance in the epic of Ramayana. It is connected with the mainland of India with the famous Pamban Bridge. Situated at the tips of the Indian Peninsula, the town lies in the Gulf of Mannar.

Rameswaram is the closest point from India to reach Sri Lanka via the Bay of Bengal. It remains in the news because of the capturing of local fishermen at the India and Sri Lanka border and Sri Lankan Tamil refugees. It is also a popular tourist spot because of Ramanathaswamy Temple.

What is the story of Rameshwaram? According to Hindu Puranas, sages advised Lord Rama, Goddess Sita and Lord Lakshmana to install and worship the lingam, a symbol of Lord Shiva. They did it to repent for the sin of killing Ravana, Brahmahatya.

What is special about Rameshwaram temple? Rameswaram is a place from where two Shiva lingas were installed, one of which was placed inside the Ramanathaswamy Temple. It is the main deity. A few kilometres from Rameswaram is Dhanushkodi. According to the legends, Rama and Vanar Sena built a stone bridge, Ram Setu bridge, to Sri Lanka. It was built to rescue Sita from the capture of Ravana.

The Name Means - The Master Of Rama The literal meaning of Ramanathaswamy is ‘The Master Of Rama’. Lord Rama was an incarnation of Lord Vishnu, who considered Lord Shiva as his master or teacher or guru.

Since Lord Rama killed Ravana, who was a Brahmin. Therefore, he committed Brahmahatya. In order to repent for his sins, he established a lingam. It is installed inside the temple and is one of the most important pilgrim centres for the followers of Hinduism.

Not many know, but Ramanathaswamy Temple has two lingams - Viswalingam and Ramalingam. Ramalingam was built by Goddess Sita, whereas, Viswalingam was brought here by Lord Hanuman from Kailash, which, according to mythology, is the home of Lord Shiva.

One Among The Char Dham

Do you know about the four crucial pilgrim centres of Hindus? Kedarnath & Badrinath, Gangotri & Yamnotri, Dwarka, Puri and Rameswaram. This temple is among the Char Dham that are considered most sacred by Hindus. Adi Shankaracharya defined these Dhams for Vaishnavite pilgrims.

Abode Of Many Sacred Shrines

Ramanathaswamy Temple is not only an abode of Shiva Lingams but also of many other deities. Ramanathaswamy shrine was, reportedly, built of black granite stones, and the rooftop tower, also called Vimana, has a gold coating. 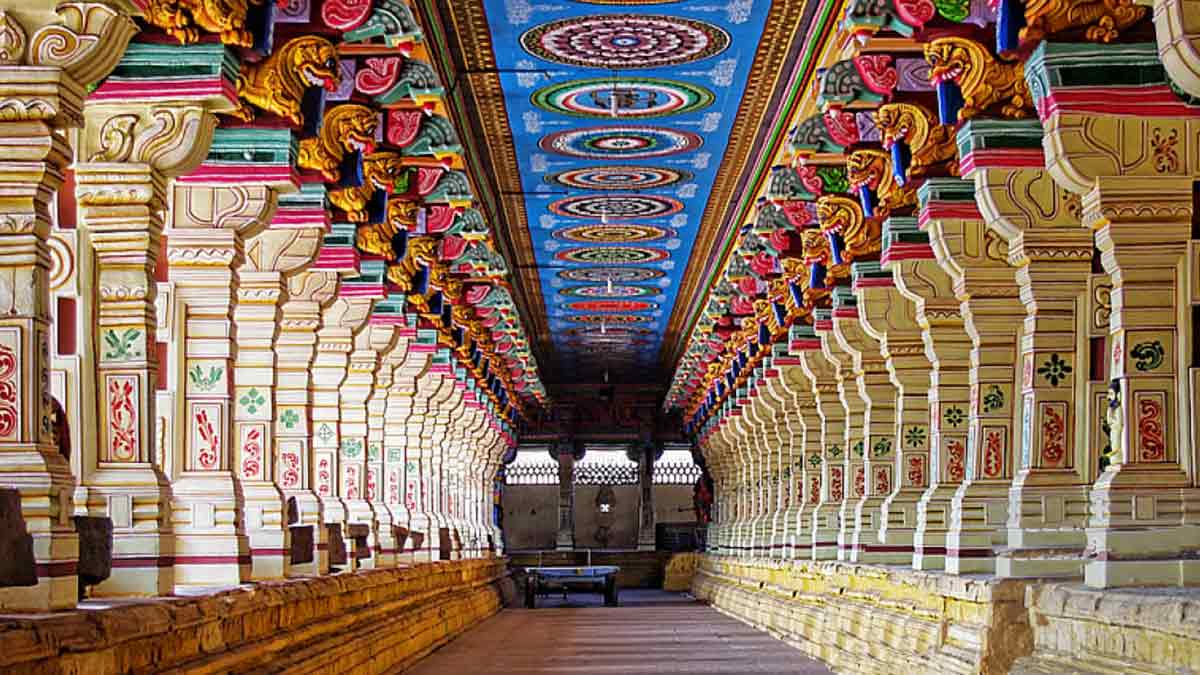 The complex of Ramanathaswamy Temple has 22 teerthams, local water bodies with varying water temperatures existing naturally. What is the significance of 22 wells in Rameshwaram? These wells and tanks represent 22 arrows in the quiver of Lord Rama. When devotees reach the temple, they have to take a dip in the sea, and then they bathe in the water of 22 wells before their appearance in front of the deity.

According to Hindu mythology, there are 12 Jyotirlingas that appeared naturally on the face of this earth. Of those 12, one Jyotirlinga lies in the complex of the Ramanathaswamy Temple.

According to popular beliefs, a person who visits and prays at all the 12 Jyotirlingas will reach heaven or attain moksha. It means that the human will receive blessings from Lord Shiva (300-year-old Shiva Temple in Alwar) and break free from the cycle of life and death.

Stay tuned with HerZindagi to know more about the interesting facts about various renowned temples in India.