Are Vicky Kaushal and Katrina Kaif following Nick Jonas and Priyanka Chopra's footsteps for their wedding? 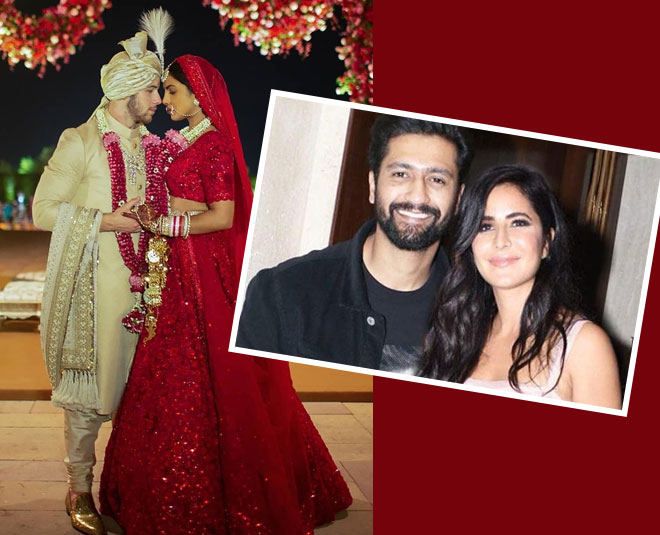 Vicky Kaushal and Katrina Kaif have been the talk of the town lately, all thanks to their wedding rumours. As per several reports doing rounds on the internet, the two will be getting married in a royal palace in Rajasthan between December 7 and 9.

Ahead of their destination wedding, the two are likely to have a court marriage in Mumbai which will reportedly happen today or tomorrow.

Honestly, we can't really wait for the two to finally tie the knot. Meanwhile, as we were going through all the reports around their wedding, we were reminded of Nick Jonas and Priyanka Chopra's wedding.

So, we thought of sharing our insights with you. Read on.

Sabyasachi Mukherjee Ensembles For The D-Day 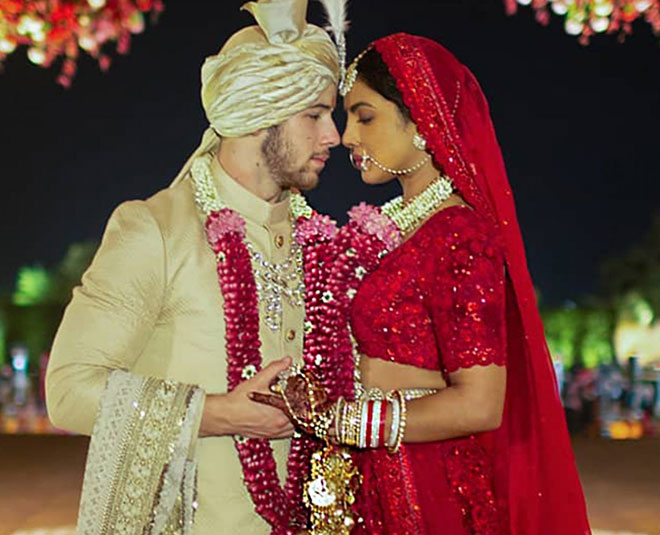 Vicky Kaushal and Katrina Kaif will be joining the long list of celebrities to don Sabyasachi Mukherjee creations on their D-day. Earlier, Priyanka Chopra and Nick Jonas, Deepika Padukone and Ranveer Singh, Anushka Sharma and Virat Kohli, Rajkummar Rao and Patralekhaa too wore creations by the celebrated designer. When reports of Vicky Kaushal and Katrina Kaif first started to do rounds, a source told a leading daily,  "Their wedding outfits are being designed by Sabyasachi. They are currently in the process of choosing fabrics for the same; Katrina has chosen a raw silk number for her ensemble, which is going to be a lehenga. The wedding will take place in November-December." 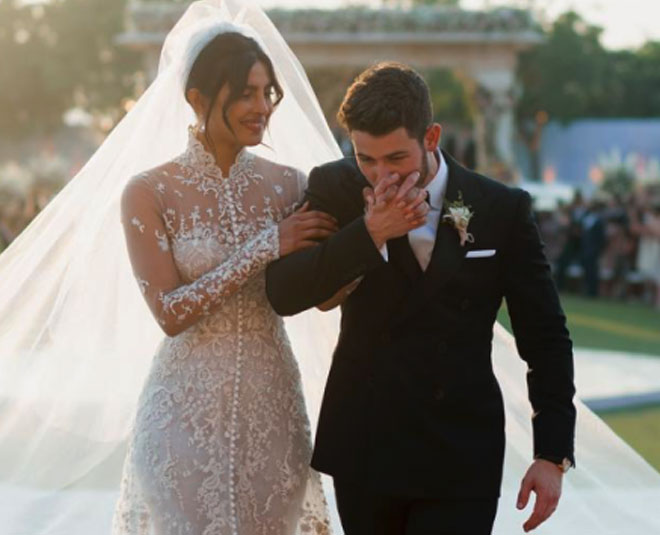 According to latest reports, Vicky Kaushal and Katrina Kaif have followed Priyanka Chopra and Nick Jonas and just like them sold their wedding photo rights to a leading international magazine's Indian edition. As per sources, the couple has locked the deal for a whopping amount. Some report suggest that it might be the Fashion director of Vogue Magazine, Anaita Shroff Adjania, a close friend of Katrina Kaif to have bagged this deal. Priyanka Chopra and Nick Jonas had sold their wedding pictures' rights for a whopping USD 2.5 Million to the People magazine.

Don't Miss: Will Katrina Be Kaushal’s Or Media Be Fooled? 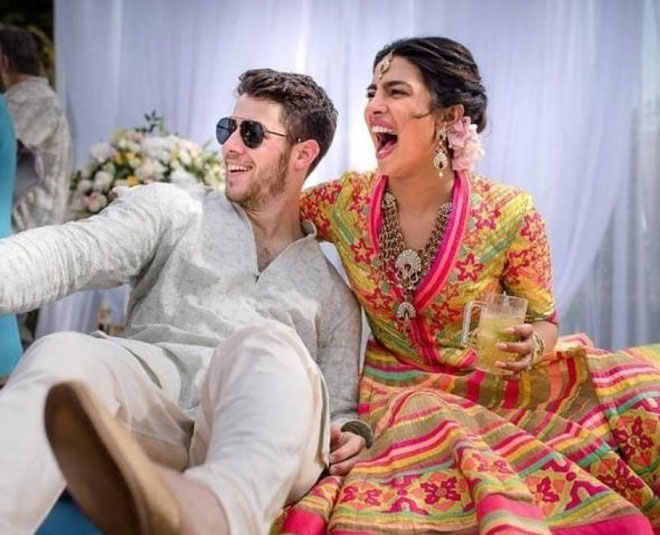 Another similarity we see in Priyanka Chopra - Nick Jonas and Katrina Kaif - Vicky Kaushal's wedding is their destination wedding in Rajasthan. While Priyanka and Nick opted for Umaid Bhawan Palace, Katrina Kaif and Vicky Kaushal will reportedly be tying the knot at Six Senses Fort Barwara, in Sawai Madhopur, Rajasthan. As per a report by Indiatoday, the wedding is being organised by Deco Events. The couple will be staying the resort with their friends and family for 5 days. Reportedly, the most expensive suite of the resort, Raja Man Singh has been booked for Vicky Kaushal and Katrina Kaif. The tariff for the same is reportedly INR 7 Lakh.

Don't Miss: Here Is Why Katrina Kaif's Wedding Mehendi Will Be So Special