Husband Builds Taj Mahal Like Home For Wife In Madhya Pradesh, Here Is How It Looks Like From Inside

The replica shines at night just like Taj Mahal does in the dark because of the similar lighting.

Built by Mughal emperor Shah Jahan for his beloved wife, Mumtaz Mahal, Taj Mahal is hailed as the symbol of love. It is one of the 7 Wonders Of The World. Millions of people from across the world visit Agra to treat their eyes with this architectural marvel every year. The love story behind the Taj Mahal is one reason why the monument of love is visited by love birds.

It isn't just a historic monument for them, it is a lot more, a monument of love which speaks of the devotion of a man to his wife. Taj Mahal is a reminder of love and devotion.

A man from Burhanpur, Madhya Pradesh has showed a similar devotion towards his partner. How? Read on to know.

Man Gifts A Taj Mahal Like House To Wife

Burhanpur resident Anand Prakash Chouksey has reportedly build a house like the Taj Mahal for his wife. The educationist has gifted the house to his wife Manjusha. 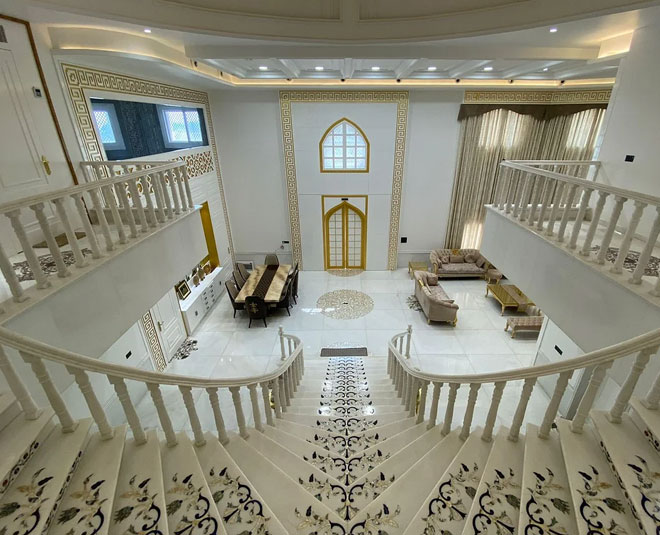 The house is spread over an area of 8100 sq ft. The house which looks like a replica of the UNESCO World Heritage Site has 4 bedrooms, a kitchen, library and mediation room. The ground floor has two bedrooms and the other two are on the upper floor. 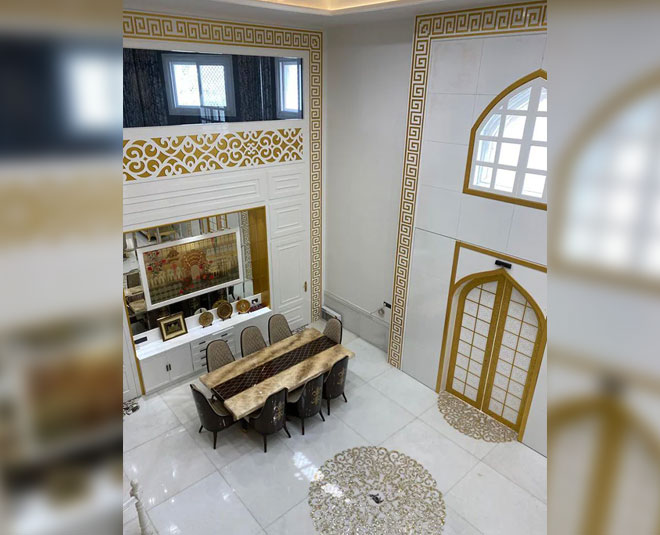 As per a report by newsncr, this Taj Mahal like house took 3 years to build. The flooring of the house has been done using Makrana of Rajasthan and the furniture has been prepared by artisans of Mumbai.

The engineers who worked on building this replica suffered from a lot of challenges. They first studied Taj Mahal closely and while carving the house, they took the help of artisans from Indore and Bengal.

For those who don't know, Makrana is the same kind of marble which was used in the Taj Mahal and is now also known as Global Heritage Stone.

Don't Miss: Supper In Sky: Agra To Get India’s Third Flying Restaurant With Taj Mahal In The Back

The couple is now married for 27 years. Both Anand Kumar Chouksey and wife Manjusha Chouksey work for social development. Talking about their love story and Taj Mahal house, Anand Kumar Chouksey in a report by Thefreepressjournal said,  “One day my wife sarcastically asked me what can I do for her. I said I will build a Taj Mahal in your love and here it is.” 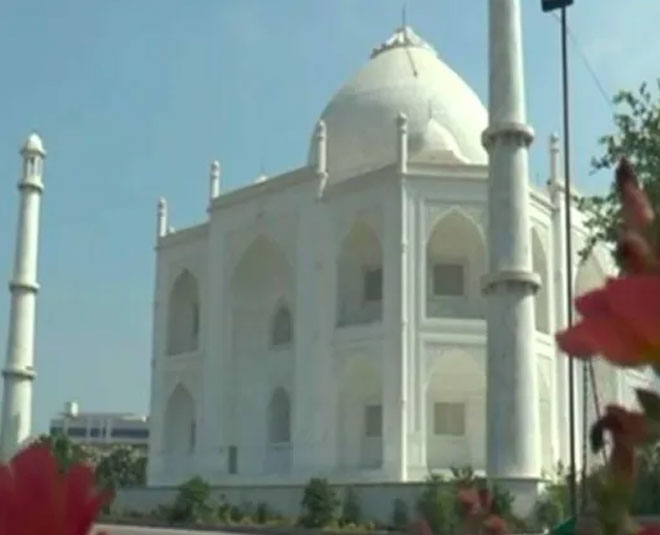 In an interview with TheFreePressJournal, Anand Kumar Chouksey shared that Taj Mahal should have been built in Burhanpur where Shah Jahan's wife Mumtaz had diet. However, her mortal was kept in Burhanpur for 6 months and then taken to Agra. He shared that the Badshahi Qila where she had died is now abandoned.

In the interview, he said, "The Taj Mahal would have been built in Burahpur but due to obvious reasons, it could not. Queen Mumtaz Mahal breathed her last here and her mortal was kept here for six months before going to Agra. The Badshahi Qila where she died, now lies abandoned. This inspired me, besides my love for my wife, to build the replica here.”

The house has won ‘Ultratech Outstanding Structure of MP’ as per a report by AajTak.

What are your thoughts on this Taj Mahal replica in Madhya Pradesh? Share with us on our Facebook page. For more such trending stories, stay tuned!