On their anniversary, take a look at Genelia and Riteish's love story which is no less than a Bollywood movie.

Bollywood has weaved many real-life love stories together on the sets and one of those magical stories is the beautiful love tale of Bollywood stars - Genelia and Riteish Deshmukh.

Just looking at this gorgeous couple makes our hearts skip a beat. Why? Despite having such big cultural differences, the way they have held each other through every thick and thin is nothing more than a love story written by the cupid himself.

After nine years of courtship and almost ten years of marital bliss, Riteish and Genelia are the epitome of pure love. The beauty of their relationship is that the change from strangers to friends and love took place so gradually, that till now, they don’t have an answer to “when love ‘officially’ happened ?”

But do you know how they fell in love and got married? No? So on their anniversary, we are taking a sneak peek into their sweet life and magical tale that will make you believe in true love! Keep reading! 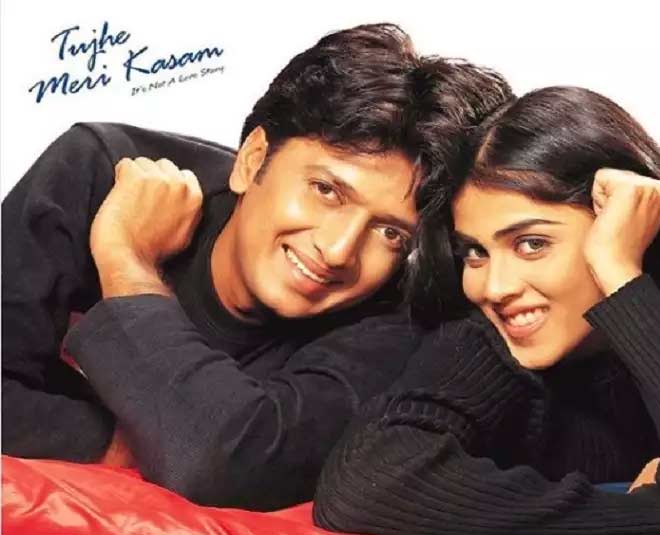 Like most other Bollywood couples, their beautiful love story began on the set of their first film, “Tujhe Meri Kasam”.

It was the year 2002 when just a 16-year-old girl Genelia D'Souza met a 25-year-old young boy Riteish Deshmukh, for the test shoot of their film in Hyderabad.

As we all know that Riteish is Maharashtra's then-Chief Minister, Late Shri Vilas Rao Deshmukh's son. Genelia assumed that he would be a spoilt brat and full of tantrums. So, she decided to give him an attitude before he did, isn’t this funny?

But it was only after they interacted with each other that she realized that Riteish was an extremely humble person. She said in an interview that she found it ‘endearing’ that despite being the CM’s son, he was completely down-to-earth and respectful towards her parents and elders.

They began shooting for their film and soon became really close friends. From discussing architecture (as Riteish is also a professional architect) to Genelia’s exams and college, they spoke about everything under the sun and the love started blooming!

After shooting in Hyderabad, Riteish came back to his home in Mumbai. But he started missing Genelia’s company. She also could not keep herself disconnecting from him.

Although they had cultural differences and an age difference of 9 years, but that could stop them from falling in love and they entered into a hush-hush relationship. 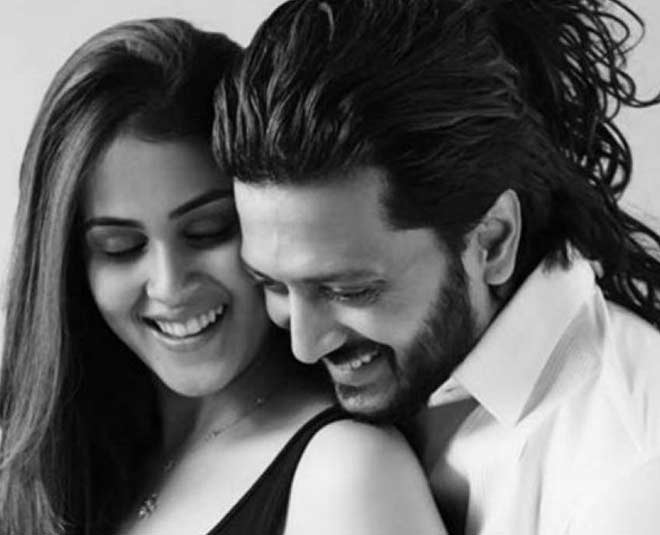 Their hush-hush relationship took on for almost nine years! In an interview, both of them revealed that Riteish proposed to Genelia D'Souza just a couple of days before their marriage! Yes, we were surprised too!

Riteish revealed that he took Genelia on a speed boat and then, went on a yacht. It brings us to the aww moment when he further opened up about his surprise proposal and said, “Then we went towards Marine Drive and it started getting dark. I had ordered our favourite Pizza. We sat on the front of the yacht it was a lovely and chilly evening. I reached a particular place that I wanted to be. And another friend of mine had a building right in front of Marine drive. Then I asked her to look there. The fireworks were planned at that point. And that’s when I proposed to her.”

Genelia certainly loved the whole surprise and she said, “It was very very special. It was less than 10 days before our wedding. I was thrilled to bits. 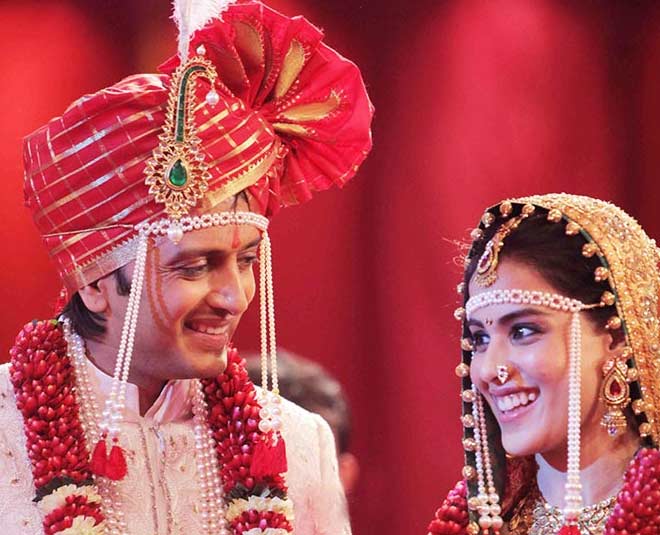 After 9 years of courtship, this much-in-love couple finally tied the knot on February 3, 2012. The duo had a Maharashtrian wedding along with a church wedding, according to the customs and traditions of both families.

The duo first got married as per the Hindu Tradition and also followed all the Marathi rituals. Then, they had a Christian wedding the next day.

Their wedding was surely a grand affair! From politicians to actors to people from the business world, everyone attended this splendid celebration. 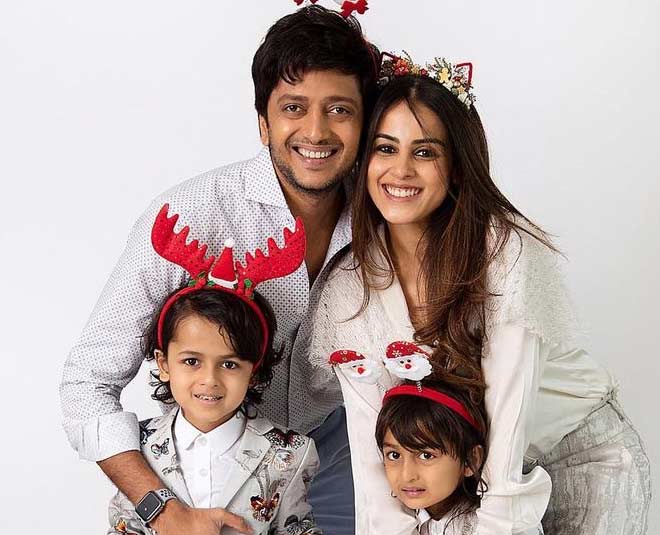 This duo’s journey from being sweet young lovers to a beautiful mature married couple is what we all wish for!

After two years of their wedding, they were blessed with a beautiful baby boy, Riaan Deshmukh on November 25, 2014. Then, they welcomed their second baby boy, Rahyl Deshmukh on June 1, 2016. Besides being an adorable couple, they are also doting parents!

Don't miss: The Epic Love Story Of Tiger Pataudi And Sharmila Tagore That Proves They Were Made For Each Other

Keeping The Relationship Fresh And Alive!

Good times or bad times, both of them have always stood true to each other and are sharing their lives with pure love and respect. Their social media handles are a one-stop destination to find their cute pictures and PDA moments. They post funny videos, posts, and stories and entertain each other and their fans.

The duo is denoted as one of the power couples of Bollywood and makes their fans believe that true love exists!

Are you a fan of Genelia and Riteish Deshmukh? Are you crushing on their love tale? Do share your thoughts with us on our Facebook page. For more such stories, stay tuned to HerZindagi!