Rubina Dilaik has made it to the top 5 finalists of the show. Here are 3 reasons why we think she can win the season. 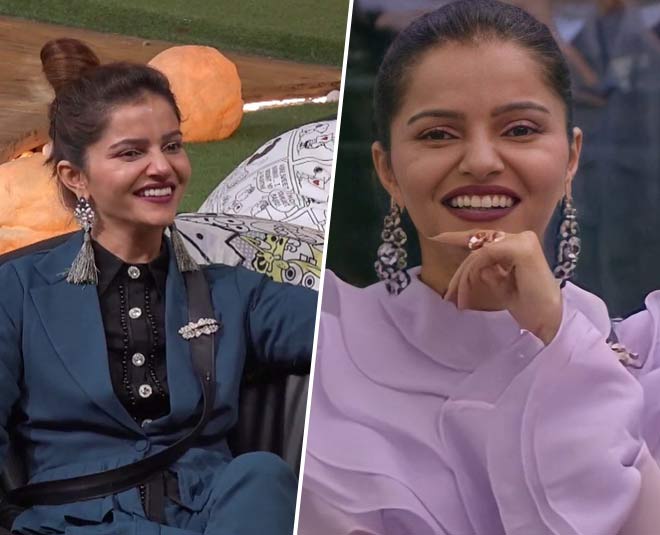 Bigg Boss 14 will soon see its grand finale. Nikki Tamboli, Rubina Dilaik, Rahul Vaidya, Rakhi Sawant and Aly Goni have made it to the finale week and will now compete for the trophy.

With the grand finale so close, we can't wait to see who will win the title this year. Rubina Dilaik has emerged out as one of the strongest contestants on the show and a lot of her fans and industry friends are rooting for her. All those supporting Rubina Dilaik this season, we thought of sharing a few reasons why we think she can take home the trophy this year.

Rubina Dilaik has been a part of the television industry for a long time now. Through her journey to date, she has starred in different shows. Chotti Bahu and Shakti - Astitva Ke Ehsaas Ki are two of her popular television shows.

Her last show Shakti where she played a transgender woman is one of the most successful shows of her career to date. The show helped her garner a huge fan following. Ever since the show came to an end, her fans wanted to see her back on television.

Rubina Dilaik's entry to the Bigg Boss house has been a treat for all her fans. According to the voting trends shared by Mr. Khabri, Rubina Dilaik was at number 1 leading by 31% votes.

Don't Miss: Not Rubina Dilaik Or Eijaz Khan, This Contestant Is Charging The Highest Amount On Bigg Boss 14 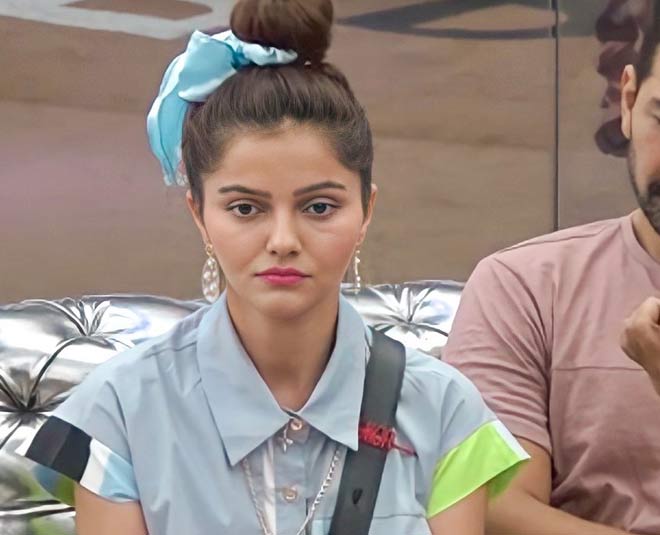 Ever since Rubina Dilaik has been on the show, she has been very vocal about just everything. Be it her disliking for a co-contestant or pointing out at the host Salman Khan's disrespectful comment, Rubina Dilaik's courage has a spark to it.

Remember how she pointed out Salman Khan's comment on her husband Abhinav inside the confession room? Well, she didn't take disrespect for her husband even if it was from the host of the show, and shared her thoughts fearlessly.

Now recently, the new promo of Bigg Boss 14 shows Rubina Dilaik revealing her reason for being on the show with husband Abhinav Shukla. In the video, she can be seen sharing that her marriage with Abhinav Shukla was on the verge of breaking and the two had given themselves some time before considering divorce. Well, that is another courageous thing to do on national television. Don't you think?

Rubina Dilaik's Game As Compared To Her Co-Contestants

Now let's talk about Rubina Dilaik's game inside the Bigg Boss house. Be it any task given to the Bigg Boss contestants, Rubina Dilaik is always seen adding fun moments with her antics. She wins hearts when she manages to win tasks without actually harming anyone from the opposite team and still manages to keep the viewers entertained.

Rubina Dilaik has her own ways of keeping the competing team annoyed by her cute little ways. Her strategies to win a task always keep us entertained and hooked. Remember how she added fun moments to the farmland task? Well, there is a reason why the Toofani seniors, Hina Khan and Gauahar Khan thought she can manage to win the show. In all the other tasks given on the show, Rubina Dilaik has given her best. Recently, she also managed to win the ticket to finale task and helped Nikki Tamboli to become the first finalist of the season.

What are the other reasons you think make Rubina Dilaik a strong contender this season? Share your thoughts with us. For more on Bigg Boss 14, stay tuned!