With grand finale of Bigg Boss happening right now, are you not curious to know who among all is the highest paid contestant? Bigg Boss 14 is keeping the viewers hooked, thanks to the entertaining contestants this season. A lot of popular faces of the entertainment world have participated in the show this year and they are all keeping us entertained in some way or the other. The confirmed winner as per The Khabri is Rubina Dilaik and her fans are already rejoicing although the makers are yet to announce the news.

Like every year, these celebrities are charging a whopping amount to be on the show. Knowing the immense popularity of these celebrities, the makers also offer them amazing salary packages. We are sure you would like to know who is being paid the highest salary this season. Read on to know more about it. Most of the contestants this season are charging a salary in this bracket this season.

Till now, Jasmin Bhasin and Rubina Dilaik were the highest paid contestants on the show. The two were charging Rs. 3 Lakh and Rs. 5 Lakh per week. Well, if you are thinking who is this contestant charging more than Rubina and Jasmin, let us tell you that the wild card entrant on the show, Aly Goni is the highest paid contestant this season, according to reports.

Now, according to a post by Mr. Khabri on Instagram, Aly Goni is charging a whopping Rs. 16 Lakhs per week to be on the show. This makes him the highest-paid contestant on the show this season.

Don't Miss: Can You Guess Who Are The Most Controversial Contestants Of Bigg Boss 14 & Why?

How Much Did The Toofani Seniors Make This Season? All those who have been following the show from the beginning know that the contestants were initially living with the three seniors - Sidharth Shukla, Hina Khan, and Gauahar Khan who were guiding and testing them from time to time. Can you guess how much did they charge from the makers for their two-week stint?

Well, let's come back to the new contestant entering the Bigg Boss house anytime soon, Aly Goni. Here is all you need to know about him.

The television actor is best known for the show Yeh Hai Mohabbatein where he played the role of Romi Bhalla. The actor also starred in Kuch Toh Hai Tere Mere Darmiyaan where he played Raaj Kapoor.

Aly Goni was dating Serbian model Natasa Stankovic since 2014 but they broke up a few years later. The two were invited to participate on Nach Baliye last season as an ex-couple. 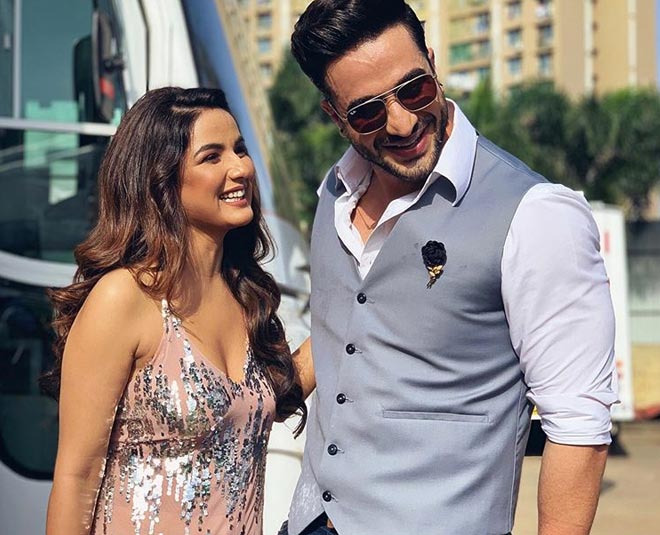 Aly Goni is usually linked to his best friend Jasmin Bhasin and the two are rumoured to be dating. Recently, inside the Bigg Boss house, Jasmin Bhasin and Aly Goni confessed their feelings for each other. The two even talked about taking their relationship forward after the show comes to an end.

Aly Goni has emerged as one of the strongest contestants inside the Bigg Boss house this season. We wonder if he will make it to the top finalists of the show. What are your thoughts? Share with us. For more such stories around Bigg Boss 14, stay tuned!