Among the awardees are names like Kangana Ranaut, Karan Johar, Ekta Kapoor, late SP Bala Subramaniam from the entertainment industry.

The list comprised of - 7 Padma Vibhushan, 10 Padma Bhushan and 102 Padma Shri Awards. 29 among the awardees are women, 16 are Posthumous awardees and 1 is a trangender awardee among the long list.

Pictures from the awards ceremony have already started to go viral on social media and the president has started to give away the awards. 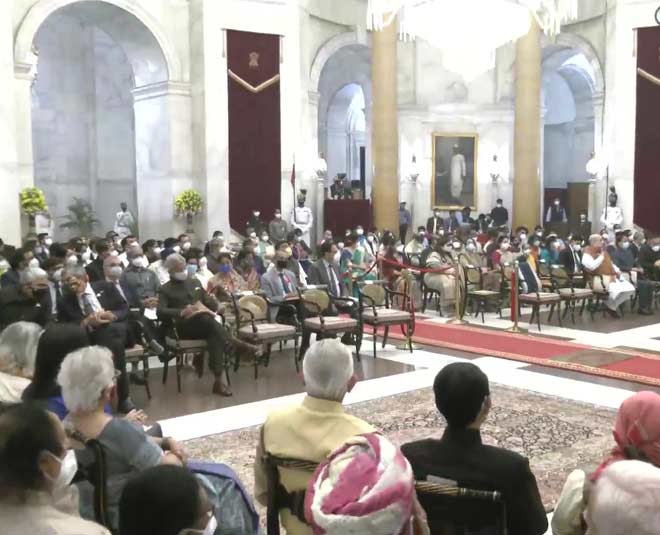 Kangana Ranaut will be honoured with Padma Shri today. Talking about being honoured with the award, Kangana Ranaut had earlier said, I'm humbled, and I’m honoured. I thank my country for this recognition and I dedicate this to every woman who dares to dream. To every daughter... to every mother... and to the dreams of women who will shape the future of our country."

Kangana Ranaut arrived at the ceremony in a beige saree with intricate gold work and it was teamed with a zero neck brown coloured blouse. Her hair were parted in the center and done in a low bun.

Last month, Kangana Ranaut took home the National Award for her films, Manikarnika: The Queen Of Jhansi and Panga.

Kangana Ranaut took to her Instagram handle and thanked the country for the great honour. She captioned the post, "Humbled for this great honour…Padmashri 🇮🇳 Heartfelt gratitude for my Guru and Parents." 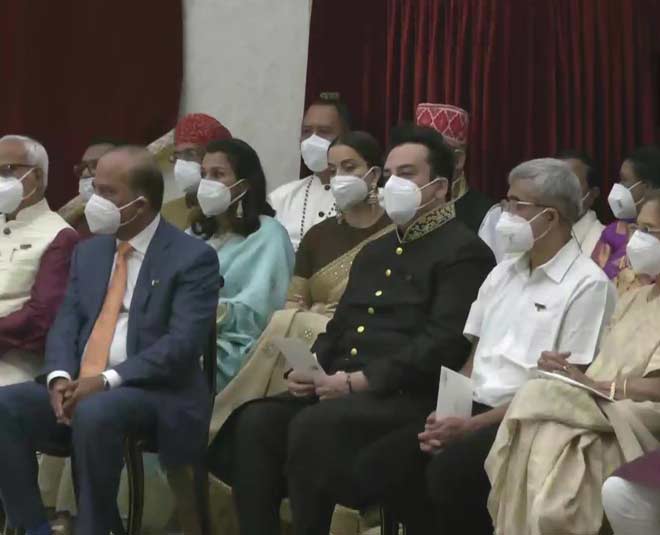 Adnan Sami too took home the Padma Shri Award 2020. He was seen wearing a black sherwani with thick gold embroidery.

One of India's most popular producer and director, Ekta Kapoor too has been conferred with Padma Shri award. She took to her Twitter handle and shared her reaction over being honoured with 4th highest civilian honour. She wrote, “My foray into the industry started when I was just 17. I constantly heard I was 'too young', 'too raw' and it was 'too soon' to make things happen. Through the years I've realised it's never 'too soon' to live out your dreams and being 'too young' is probably the best thing. Today, as I'm conferred with the 4th highest civilian honor- ‘Padmashri’, I’m humbled.”

Filmmaker Karan Johar was also on the list of Padma Shri awardees this year. He took to his Twitter handle and shared a post that read, "It's not very often that I am at a loss for words, but this is one such occasion...The PadmaShri. Such an honour to receive one of the civilan awards in the country. Overwhelmed by so many emotions right now. Humbled, elated and also thankful for the opportunity to live my dream every day, to create and to entertain. I know my father would be proud and I wish he was here to share this moment with me. #blessed."

Noted filmmaker #KaranJohar was honoured with the prestigious #PadmaShri by President Ram Nath Kovind at a ceremony hosted at the Rashtrapati Bhavan today. pic.twitter.com/1KInFRcaLQ

In an interview earlier, Karan Johar had shared that he was at a forest in Italy when he first got to know about being conferred to the Padma Shri. He said he was walking around in a forest, scouting for locations for his movie Takht and he then got a call from the ministry. He thanked them and then went numb when the news dropped. He then called his mother to tell her that he has got the Padma Shri.

The Padma Awards are announced every year on Republic Day eve. What are your thoughts on this year's Padma Awards ceremony? Share with us on our Facebook page. For more such stories, stay tuned to HerZindagi.