Kangana Ranaut looked no less than a real queen as she arrived at the 67th National Awards this year. 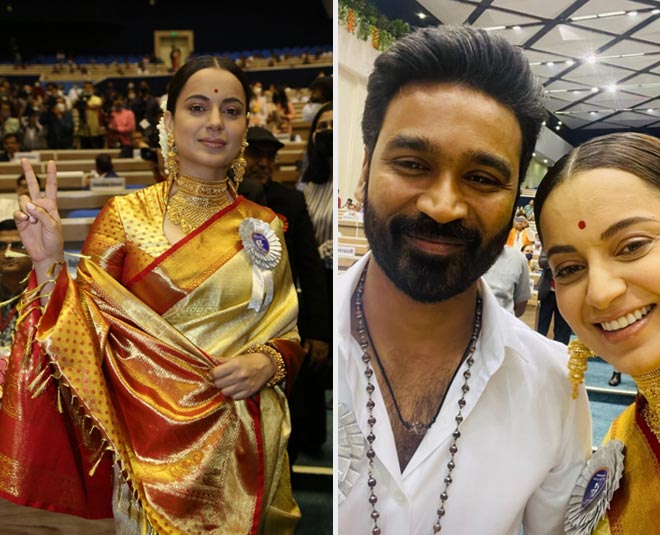 The 67th National Awards were held in the national capital today. The revered awards were presented by Vice President M Venkaiah Naidu. Among all the winners was our all time favourite, the Queen of Bollywood, Kangana Ranaut who took home another National Award this year.

She shared a couple of her images, dressed for the National Awards ceremony on her Instagram handle and captioned one of them as, "Today I am receiving joint National Award for two of my performances.. Manikarnika - The Queen of Jhansi (2019) Panga(2020) I also co directed Manikarnika - The Queen of Jhansi Immense gratitude for the teams of these films … 🥇🥇." 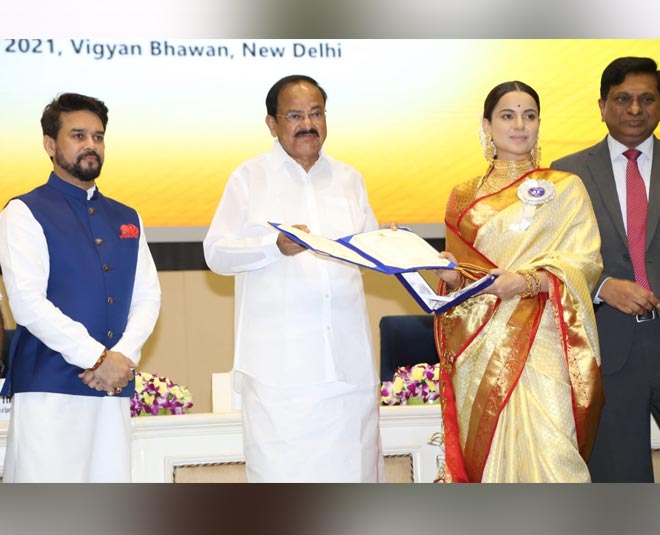 For the award ceremony, Kangana Ranaut carried a traditional red and gold classic kanjeevaram saree. If you follow Kangana Ranaut's sartorial picks, you know she has a thing for the six yards and often chooses traditional weaves over other outfits.

This time too, Kangana Ranaut looked every bit royal in her national awards look. Kangana Ranaut's stunning saree was beautifully draped over her head, making her look like a real queen.

◾ #KanganaRanaut received Best Actress award for her movies 'Manikarnika -The Queen of Jhansi' and 'Panga'. @MIB_India@Films_Divisionpic.twitter.com/XobqG1gZRU

We love how her look was teamed with matching, traditional jewellery, a statement gold choker and earrings. Kangana Ranaut's hair were parted in the middle and done in a classic bun with gajra.

Kangana Ranaut Thanks Her Parents

Kangana Ranaut recently shared another post on her social media and thanked her parents for their love, care and sacrifices. She captioned it, "We all grow up with a deep desire to be worthy of our parents love, care and sacrifices…After all the troubles I give my mummy papa such days seem to make up for all those mischiefs ..
Thank you for being my mummy papa I wouldn’t want it any other way …"

More From The National Awards 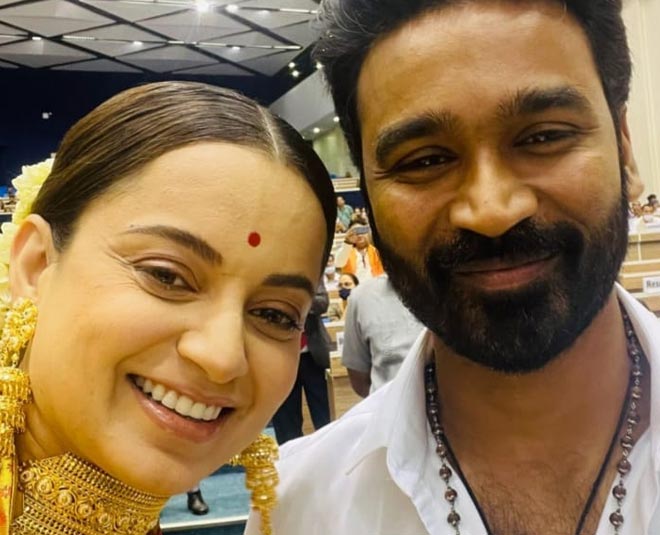 Let's quickly take you through some more awards from the ceremony - The best actor National Award this year was shared by Manoj Bajpayee for Bhonsle (Hindi), and Dhanush for Asuran (Tamil). Best Supporting Actress was conferred to Pallavi Joshi for The Tashkent Files (Hindi) and Vijay Sethupathi for Super Deluxe (Tamil) took home the best supporting actor award.

Legendary actor, Rajinikanth was honoured with 51st Dadasaheb Phalke Award for his contribution to Indian cinema. Superstar Rajinikanth took to his Twitter handle and shared a statement about the two special landmarks. He wrote, "Tomorrow is an important occasion for me with two special landmarks. One, Dadasaheb Phalke Award, being conferred upon me by the Government of India because of the love and support of the people." The other being his daughter Soundarya Vishagan's new app - Hoote's launch.

Coming back to Kangana Ranaut's look for the National Awards this year, don't you think she looked regal in every sense? Share your thoughts with us on our Facebook page. For more such stories, stay tuned!
Disclaimer