These 19 Indian Superstitions Have A Scientific Reasoning You Never Realised!

So many superstitions exist in our country with many having a logic we had no idea about! Read on to bust them now!

India and Indians believe in so many superstitions that after a point it is not at all funny. 'Kaali billi rasta kaat gai' to 'nimbu mirchi totka', there are so many weird superstitions that Indians have. I am not defending them or going against them, but simply sharing the possible reasoning that might just make us understand the origin of them all. Some may not have any logic but some surprisingly sound scientifically right. Yes, we do believe them but remember that every coin has two sides. There is no harm in keeping our minds open and giving a chance to the explanations for everything. So let's give these 'totkas' a chance and scroll down to know more. Peepal Tree is one poor "fellow" as I call it as it has been defamed for no reason according to my logic. It is common sense, that we were taught in school and you have probably forgotten about it. In the morning, when the photosynthesis happens, trees and other plants absorb carbon dioxide, change it into energy and give out oxygen in the air which we breathe in but in the night, it is the opposite. At night, plants exhale carbon dioxide while there is a lack of sunlight. If this "ghosts will kill you if you stand under the tree at night" was true, how do animals survive?

This one is the most common one and many of us do it without knowing the reason. No there is scientific reasoning for this one but the logic here is that since goddess of misfortune (who can bring bad luck to the shop owners or business), likes pungent, sour and hot things, individuals hang lemon and green chilies so that the goddess eats her favourite food and goes back from there fully satisfied.

It is considered a bad omen when a black cat crosses our path. This belief is not just in Inda but in the west as well. The origin of this superstition has come from the Egyptians who were of the belief that black cats were evil creatures and that they bring bad luck. In India, black colour is mostly associated with Lord Shani. It is said that if a black cat crosses your path, then you should let somebody else pass before you do. It does sound extremely selfish but as per the myth, this way, the first person will have all the bad luck and you won't.

Not To Sleep Facing The North Most probably our elders knew about the relation between Earth's magnetic field and the human body's field.  They made this rule of sleeping with our heads in the South direction to avoid harmful effects related to blood pressure and other diseases that asymmetry with the Earth's magnetic field would create. However, yet again, sadly, it has boiled down to a superstition that if we sleep with our head in the North, we will die. May I say "LOL (Laugh Out Loud)"!

It is said that in earlier times, mirrors used to be very expensive but brittle. To avoid such negligence, people of the ancient Rome spread the rumour that breaking mirrors will bring you 7 years of bad luck. The logic behind the number 7 is that as per Roman beliefs, it takes 7 years for a life to renew itself. So, the image of a person, who is not of sound health, will break the mirror and after 7 years, his life will renew itself and he'll be in good health. A smart way of saving mirrors for sure!

This one has a different meaning in different cultures. The scientific reason is that this twitching is caused due to alcohol, stress, allergies, strain or just dry eyes.

Putting a little dot of kohl on a child's neck or on the forehead is something you get to see often. This is called 'nazar utaarna'. This is just to ward off all negative vibes coming towards the kid. The logic here is that a spot like that will make the kid look "ugly" and therefore no one will think ill of the child.

Adding One Rupee To A Gift Sum

Whenever we hand over a sum of money to anyone as a gift we often out in a coin of Rs 1 to it and the wedding 'lifafah' always has a coin stuck to it. Ever wondered why and by what logic is it auspicious? The main reason to add that extra coin is to make the entire sum an odd number which becomes indivisible, and therefore it is good for the person or the newly married couple. If the number is even by that logic, then the sum will end in a zero which means 'the end'.

No Stepping Out During Eclipse The sole reason why we are asked not to step out during eclipse is that it can cause retinal burns. Nothing Else!

No Cooking Until Shraadh

We do this so often but never realised the true meaning of it. It has nothing to do with inauspiciousness but has a simple logical reasoning. Superstition says this is to prevent the burning of the soul of the deceased. However, logically it may have been started with the consideration of the family members who are broken and need to mourn the deceased!

Bathe After Attending A Funeral Ceremony

It has nothing to do with the departed soul, it is a reasoning which came much later. The logic here is that since our ancestors did not have a vaccination for many diseases earlier, and that includes hepatitis, smallpox and other deadly and contagious diseases, it was best to come home and have a thorough bath. The place where so many people visit, not to sound cold but a dead body is left exposed, you never know what infections might be lurking around... therefore the logic.

Don't Miss: Have You Visited Kale Hanuman Ji Temple In Jaipur? Here Is The Story Behind The Black Idol

Do Not Sweep After Sunset

In many regions, it is said that Goddess Lakshmi will walk out of your house if you sweep after sunset. Now the reason here is that the goddess generally pays a visit after sunset so, if you sweep your place after sunset, she won't come in.

No Cutting Of Nails After Sunset 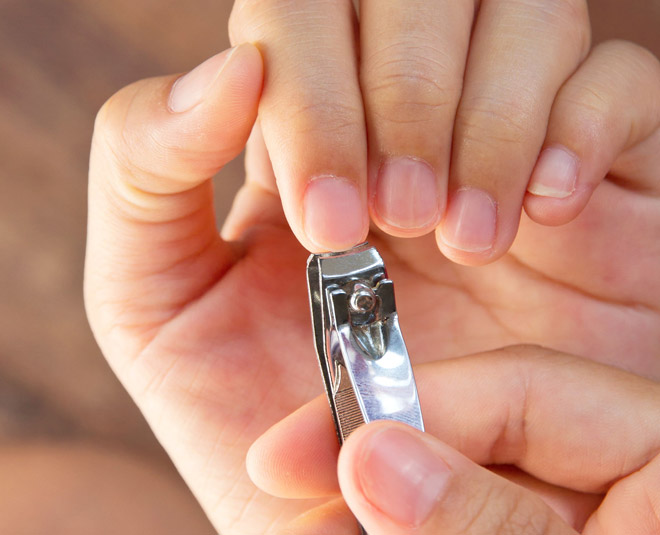 Nail clippers have sharp edges, as in the blades and if the light is not adequate then you are bound to hurt yourself. In the old days when electricity was not there in India, individuals had to do it in the day time. That logic turned to a superstition that people still believe in and back it with weird explanations. Here it is all about mind vs heart. What do you believe?

Now this one has had many going daggers with their debates. For those who don't know the first sanitary pad was invented in the year 1896, while painkillers were not available before the 20th century. In India, there are so many places still do not have access to either. So the logic here was that before we had access to both, these 5 days were extremely painful and stressful for women and it was all about giving them rest. Probably women did not work during those days because of discomfort, which slowly became a ritual and was later on degraded to the form of a superstition. This whole reasoning of "impurity" etc is nonsensical for the logical Indian. Please always question the practice you are following and not just go after it blindly.

Nope, this had nothing to do with luck people. The logic here is that this combination of curd and sugar tends to make you feel calm! So a calm and cool head always operates better and helps you focus right?!

This one is a popular belief that Tulsi is Goddess Lakshmi's avatar and hence one should not chew the leaves, not show disrespect. But apparently, the logic here is that although a tulsi leaf is healthy, it also contains a little amount of Arsenic. So to save your teeth from turning yellow, and saving the enamel from degrading, you do not chew but swallow.

Crush Head Of A Snake After Killing It

According to superstition, if you do not crush the head of a snake after killing it, its kin might find an image in its eyes and seek revenge. Now the actual reason is that a snake can bite even with a detached head. Therefore you have to crush the head to completely neutralise it. This is for most cold-blooded organisms (a chapter we had in school on). Even if some of its organs stop working it will stay alive for hours and die a slow and painful death. Just like cockroaches. You will give the snake a less painless death by crushing it not the opposite.

Auspicious... a debate I would like to skirt on over here as it regarding "gau mata", but the science here is that cow dung guards against insects and reptiles which are repelled by the pungent smell of cow dung. Since in the old days, our ancestors did not have repellents and disinfectants like we have today, they used cow dung as one.