As Neha Dhupia Gave Birth To A Baby Boy, Have A Look At Celebs Who Were Blessed With A Baby Boy This Year

As Neha Dhupia gave birth to a baby boy yesterday, have a look at all the celebs who were blessed with a baby boy this year. Congratulations, Neha Dhupia and Angad Bedi as they welcomed their second child on this Sunday. The couple is already parents to a beautiful little girl, Mehr who was born in 2018 and this time, they have become parents to a baby boy.

They announced the arrival of their baby via Instagram where Angad wrote, “BEDIS BOY is here!!!!!! The almighty today blessed us with a baby boy. Both Neha and the baby are well. Mehr is ready to pass on the "baby" title to the new arrival. Waheguru Mehr kare. Neha, thank you for being such a warrior through this journey. Let’s make it a memorable one for all 4 of us now. #bedisboy”

As the new couple welcomed a baby boy, let’s have a look at all the celeb couples who were also blessed with a baby boy this year. Kareena Kapoor Khan and Saif Ali Khan welcomed their second baby, Jeh Ali Khan on February 21, 2021. They were already parents to a son, Taimur Ali Khan. The little one is extremely cute and already a favourite of the paparazzi.

Dia Mirza tied the knot to Vaibhav Rekhi in an intimate ceremony and soon after that, the couple welcomed their baby boy, Avyaan Azaad Rekhi on May 14th, 2021. The little bundle of joy arrived early, therefore, had to be immediately put under observation but with constant care, he became healthy. 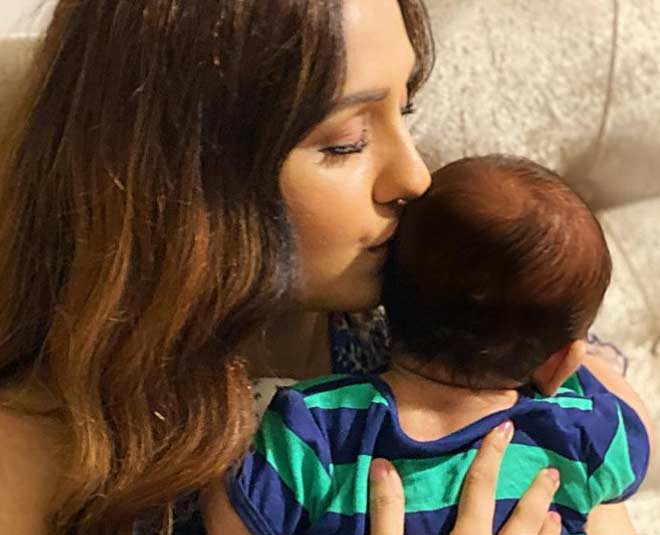 Neeti Mohan and Nihaar Pandya welcomed their first born, Aaryaveer on June 2nd, 2021. They shared happy news with the world via social media with a lovely picture and also, revealed the name of their son. 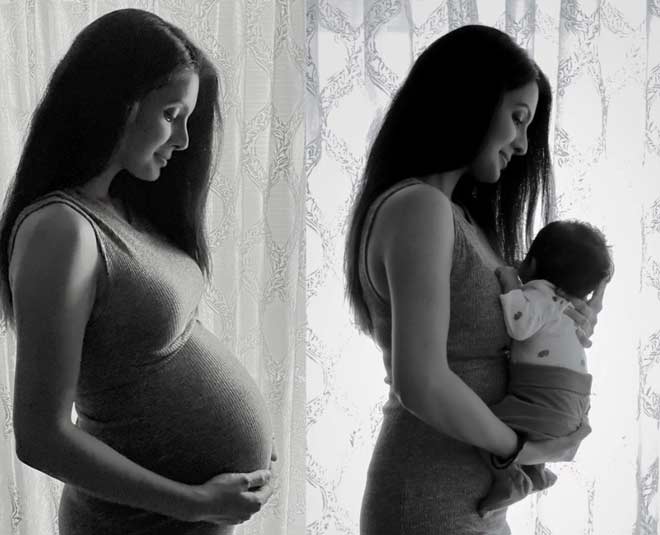 Geeta Basra and Harbhajan Singh welcomed their baby boy on July 10th, 2021 and named him Jovan Veer Singh Plaha. Jovan is their second child as they already have a daughter, Hiranya Heer Plaha.

Shreya Ghoshal and husband Shiladitya Mukopadhyaya welcomed a baby boy on May 22nd, 2021. The singer took to social media to introduce her baby to the world and revealed the name, Devyaan Mukopadhyaya.

Don't Miss: Samantha - Naga To Hrithik - Sussanne, Celebrities Who Made Headlines For Their Divorce And Alimony Television actress Anita Hassanandanani and husband Rohit Reddy became parents to a baby boy in February, 2021. They named their son Aaravv Reddy and the new mommy seems to be obsessed with her little bundle of joy (which is obvious) as keeps sharing his adorable pictures on her Instagram account. Nakuul Mehta and Jankee Parekh Mehta welcomed their first child, a baby boy on February 3, 2021 and named him Sufi. They recently shared his pictures and the little one looks too adorable with his blue eyes and blonde hair. Television actor Mohit Malik and wife Adite Malik became parents to a baby boy, Ekbir Malik on April 29th, 2021. They took to their respective Instagram accounts to share the good news with the world.