Loved Bigg Boss Season 13? The Show Will Be Back On TV, Read Full Story Here

If you loved Bigg Boss season 13 then you may soon get to watch it again on TV. Here is all you need to know. 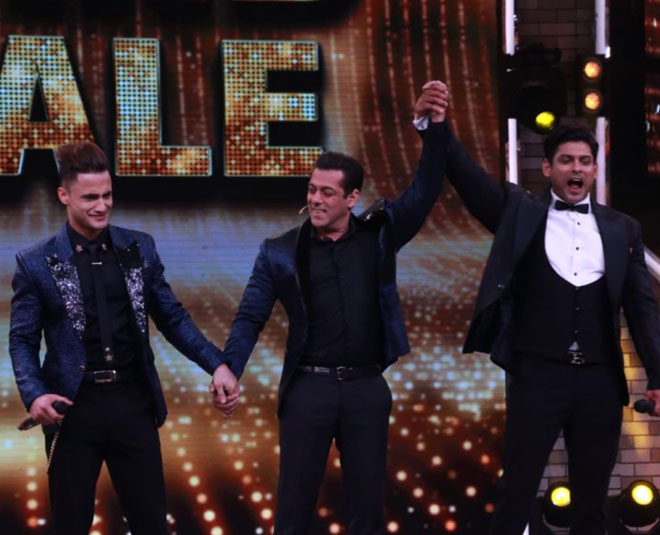 Bigg Boss 13 was one of the most loved seasons of the controversial reality show. The season broke all records and became the most popular seasons of the show. If you love watching the show too then here we have a good news for you!

Amid the coronavirus outbreak, a lot of shoots have been cancelled. However, the channels are making sure that the viewers get their dose of entertainment. For the same, they have planned something interesting for their audiences.

We recently shared with you that Shehnaz Gill and Paras Chhabra's Swayamvar based show Mujhse Shaadi Karoge is soon going off air. Due to the coronavirus, the contestants of the show had been recently sent back home too. Reportedly, the show may resume after things get normal. However, till that time, the channel doesn't want the viewers to get bored and according to reports, they will air Bigg Boss 13 once again. The Khabri tweeted, "#BreakingNews #BB13 Will be back On ColorsTv after #MujhseShadiKaroge was called off."

While a lot of viewers are excited to watch the show, many are wondering if the channel will show some unseen clips from the show as the entire season is already available on the channel's app. Many also think that the makers showing Bigg Boss 13 again will take away the craze for the next season.

Let's be honest, Bigg Boss 13 was one of the most entertaining seasons and we don't mind watching it all again while we are stuck at home. Those fights between Rashami and Sidharth, Sidharth and Shehnaz Gill's adorable bond, Vishal and Madhurima's banter, Mahira Sharma and Paras Chhabra's friendship and ofcourse, weekend ka vaar. We have missed all of it and we will really enjoy Bigg Boss 13 taking Mujhse Shaadi Karoge's slot.

Don't Miss: Shehnaz Gill And Sidharth Shukla Will Be Seen Together In This New Project, See First Look

The channel recently confirmed the news with a promo of the show on Twitter. They captioned it, Relive the most entertaining, dramatic and exciting season of #BiggBoss! Tune in and watch #BiggBoss13 from 23rd March, 10 PM only on #Colors @BeingSalmanKhan." Have a look:

Relive the most entertaining, dramatic and exciting season of #BiggBoss! Tune in and watch #BiggBoss13 from 23rd March, 10 PM only on #Colors @BeingSalmanKhan

Meanwhile, all those who have been waiting for Mujhse Shaadi Karoge finale, let us tell you that Shehnaz Gill walked out of the show without any partner from the show. She shared that she loves Sidharth Shukla and won't be able to make a choice from any of the contestants. On the other hand, Paras Chhabra chose Aanchal Khurana among all the contestants. The source said, "Paras selected Aanchal Khurana, who entered the house as a wild card, two weeks back whereas Balraj Sayal and Ankita Srivastava, who were often seen spending time together and sharing a warm equation, ended up as a couple."

The show will wrap on 27th March. Now that the channel has finally confirmed that Bigg Boss 13 is coming back, how excited are you to watch the show? Share with us!