Kundali Bhagya lead actress Shraddha Arya is all set to tie the knot in Delhi with beau Rahul Sharma. According to reports, she is getting married on November 16. However, there is not much known about her fiancé but it is reported that he is an officer in the Indian Navy.

The actress has begun with her pre-wedding festivities in full swing.

Shraddha Arya looked striking at her mehendi ceremony in a purple and yellow lehenga. With the lehenga, she is wearing heavy jewellery with mint green stones. Her hair and makeup are also on point. And we just can’t get over the beautiful mehendi on her hands.

However, the thing that caught our attention the most is her engagement ring which is beyond beautiful. She flaunted the ring in a post shared on Instagram. Sharing the post, she put a quirky caption saying “The Easiest YES I’ve ever said!”

We also found some pictures and videos of Shraddha Arya’s tilak ceremony. Again, she looked dazzling in her heavily embroidered kurta and plain sharara pants and she teamed it up with a sheer red dupatta. She looked like the most beautiful bride in this avatar of hers.

In the video, her family members can be seen applying kumkum on her forehead and blessing her. 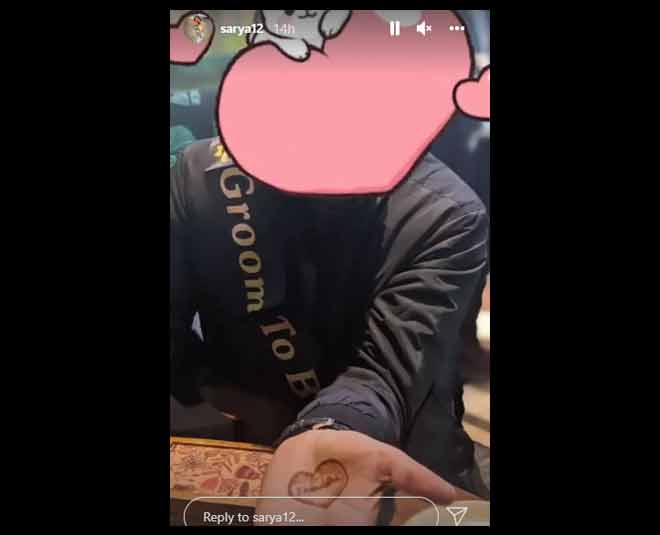 The actress took to Instagram to share a picture of Rahul from the mehendi ceremony. He is wearing an olive green kurta and flaunts his mehendi with Shraddha’s name written on it. However, we couldn’t see his face as Shraddha covered it with a pink heart.

Shraddha Arya has been winning hearts since a long time as Preeta in Ekta Kapoor’s popular show, Kundali Bhagya where she stars opposite Dheeraj Dhoopar. Ever since the show has launched, it has topped the TRP charts.

Shraddha has also starred in SJ Suryah’s Tamil film Kalvanin Kadhali. She played the lead role along with Nayantara. She is also known for her performances in TV shows such as Main Lakshmi Tere Angan Ki, Tumhari Paakhi and Dream girl. In 2019, she participated in a dance reality TV show named Nach Baliye 9 as a contestant along with Alam Makkar.