Rajkummar Rao And Patralekhaa's Wedding Pictures Will Melt Your Heart

Rajkummar Rao and Patralekhaa got married today in Chandigarh with close family and friends in attendance.

Rajkummar Rao and Patralekhaa got married in a traditional ceremony today in the presence of their close family and friends. Reports of the two getting married were doing rounds for the longest time.

Rajkummar Rao and Patralekhaa, who were together for more than a decade now tied the knot at Chandigarh's The Oberoi Sukhvilas Spa Resort.

The moment we were waiting for is finally here! Rajkummar Rao and Patralekhaa have shared pictures from their wedding on their social media handles. 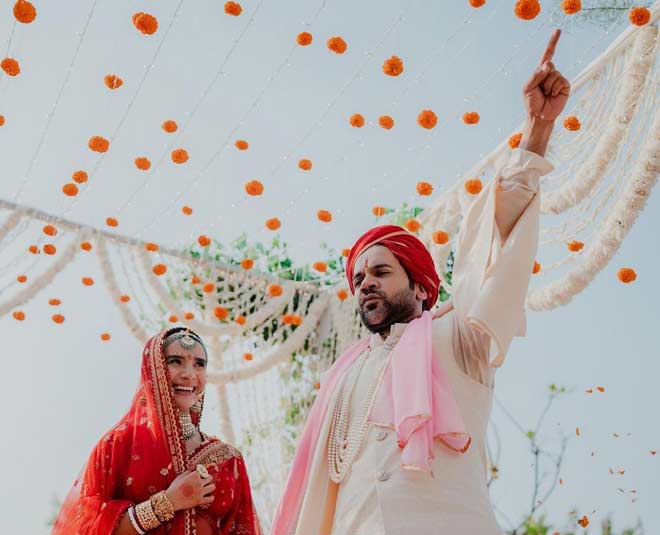 Patralekhaa took to her Instagram handle and shared two adorable pictures from the day wedding ceremony today and captioned it, "I got married to my everything today; my boyfriend, my partner in crime, my family, my soulmate...My best friend for the last 11 years! There is no greater feeling than to be your wife! Here’s to our forever..." Rajkummar Rao too shared pictures from his wedding with long time girlfriend Patralekhaa and captioned it, "Finally after 11 years of love, romance, friendship and fun, I got married to my everything today, my soulmate, my best friend, my family. Today there is no greater happiness for me than being called your husband @patralekhaa Here’s to forever .. and beyond ❤️" 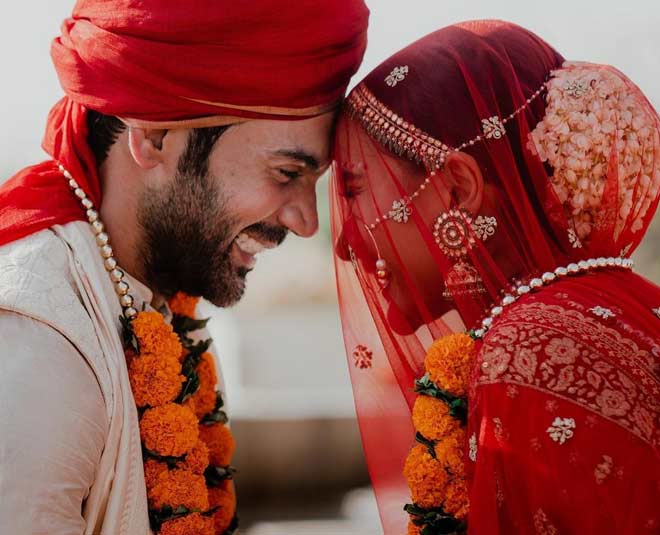 The two opted for a traditional day wedding ceremony in Chandigarh and wore creations from celebrated designer Sabyasachi Mukherjee. While Rajkummar Rao wore an ivory sherwani, Patralekhaa chose a bright red saree with a heavy net dupatta over her head.

Looks like Rajkummar Rao and long time girlfriend Patralekhaa wanted to keep it hush-hush but a few pictures and videos from their engagement ceremony went viral earlier.

For their engagement ceremony, the couple went twinning in white ensembles. While Rajkummar Rao opted for a white kurta and pyjama, Patralekhaa opted for a strapless slit white gown with a long trail. 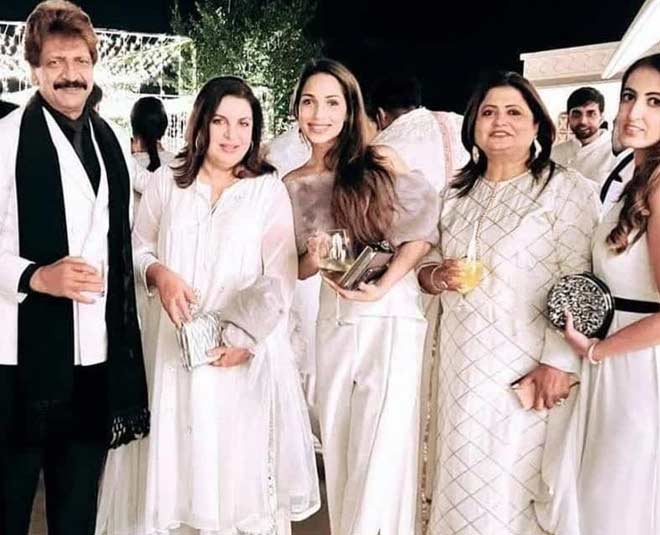 As seen in the images, the guest list included Rajkummar Rao and Patralekhaa Paul's close family and friends. From the showbiz, filmmaker Farah Khan and actor Saqib Salim were seen in the pictures which went viral on the day of their engagement. Ahead of their wedding today in Chandigarh, a fan page of Rajkummar Rao has shared a wedding invite on Twitter that mentions that the wedding ceremony will take place today in a hotel in Chandigarh. Have a look - As mentioned on this wedding invite, Patralekhaa and Rajkummar Rao tied the knot at The Oberoi Sukhvilas Spa Resort in Chandigarh. The luxury resort is set at the foothills of the Himalayas in Siswan Forest Range and spread across an area of 8000 acres.

The property offers 4 different types of rooms to its guests, each one has a different price. The cheapest room at the property, the Premier Room costs INR 37,500. The Royal Forest Tent with a private pool costs INR 75,000, Luxury Villa with private pool is priced at INR 2,00,000. The Kohinoor Villa costs a whopping INR 6,00,000 per night.

Don't Miss: Inside Rajkummar Rao And Patralekhaa's Wedding In Chandigarh

Farah Khan, who was one of the guests at the engagement party also took to her Instagram stories and shared videos of her enjoying Chandigarh mornings. Her stories gave us a glimpse of the lush green surroundings of the property as she enjoyed a ride in the golf cart.

The two never hid their relationship from the media and made it official years back. Even their social media handles is packed with some of their adorable, PDA pictures and videos.

On the professional front, Rajkummar Rao recently starred in Hum Do Hamare Do oppsite Kriti Sanon. He will next be seen in movies like Badhaai Do, Monica, O My Darling. Patralekhaa, on the other hand has starred in movies like CityLights, Love Games, Nanu Ki Jaanu among others.

Tell us your thoughts on Rajkummar Rao and Patralekhaa's wedding. For more such stories, stay tuned!