India's most popular comedy show, The Kapil Sharma Show is likely to begin later in July.

The Kapil Sharma Show is one of the most loved comedy shows on television. The show that stars comedians Kapil Sharma, Krushna Abhishek, Kiku Sharda, Bharti Singh among others has a huge fan following all across the globe.

The comedy show went off air earlier this year when the host Kapil Sharma, along with wife Ginni Chatrath was expecting his second child and wanted to spend some time with his family. Its been a few months now and TKSS fans have been waiting to see its comeback. The good news is that the makers are planning for the third season of the show.

According to a report by News18, host Kapil Sharma has hiked his fee. He was earlier charging INR 30 Lakh per episode for the second season of the show. For a week, he used to take home a whopping Rs. 60 Lakh and now he has hiked his fee to INR 1 Crores a week. 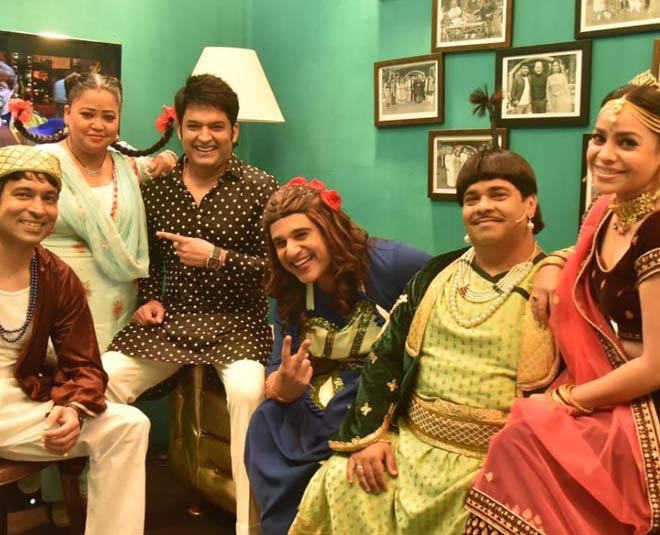 The Kapil Sharma Show has the highest TRP on weekends and surely that's one reason why the host is demanding such a whopping amount per week. However, there is no confirmation on this news yet.

Not just the host Kapil Sharma, other members of the comedy show too charge a huge amount per weekend. All the members of the show reportedly charge in lacs per day. Earlier this month, there were rumours that Kapil Sharma and Sunil Grover might come back together for a project for the first time after their ugly spat in 2017. Many of us assumed that it was for The Kapil Sharma Show's upcoming season. However, in an interview with Times Now Digital, Sunil Grover shared, "There is no planning as such to get back together soon. But yes, in near future, there's no plan as such. But if circumstances, if a project comes where we can be together, let's hope. (But) there's no plan as such."

Don't Miss: The Kapil Sharma Show: Kiku Sharda To Krushna Abhishek, How Much Does The Cast Charge Per Episode

A few weeks back, Bharti Singh took to her Instagram handle and shared a selfie with co-actors Krushna Abhishek and Kiku Sharda. She captioned the picture, “Gonna be back soon our first creative meeting so excited. New stuff coming soon. @tkssaudience @banijaygroup @bharti.laughterqueen @kikusharda.”

A source with Indianexpress shared that the makers are waiting for SOPs by the government to start shooting for the show. The team has reportedly started with the brainstorming sessions and is planning for the upcoming season.

With the third season of the show on the cards, there have been a lot of rumours that Archana Puran Singh won't be a part of the show anymore. However, the actress recently rubbished the rumours in an interview with ETimes. She said, "I am not aware of any such development. I am going to be part of the show in its upcoming season. Last year, too, such rumours had started when I was shooting for a film. This year, too, I was shooting for a series and people have assumed that I would quit the show. There is no truth to these rumours."

Don't Miss: Inside Pics: Archana Puran Singh's Bungalow In Madh Island Is No Less Than A Resort

Though the channel hasn't yet made an official announcement, according to a report by Telly Chakkar, the third season of the Kapil Sharma Show will start from 21st July 2021.

Excited to see the upcoming season of the comedy show? Share your thoughts with us on our Facebook page. For more such stories, stay tuned!