13 controversial celebrities will be seen fighting for their basic necessities each day inside Kangana Ranaut's Lock Upp.

Kangana Ranaut's much-talked-about reality show, Lock Upp premiered on the web last Sunday. If you missed watching the premiere, let us tell you that it is Kangana Ranaut's jail where some controversial contestants have been locked and they will have to fight to get their basic necessities each day.

The format of the show looks quite similar to Bigg Boss but looks like this one will be having way more controversies than imagined. The contestants will be locked up in jail for 72 days and they will be seen sharing their darkest secrets on the show.

Every contestant locked up inside the house has had a controversial past. Till now the makers have introduced us to 13 contestants and there are chances of some new faces joining the clan soon.

Let's quickly take you through the list of controversial contestants who have made it to Kangana Ranaut's jail.

The actress who made her debut with the movie Nasha in the year 2013 has always been in the limelight for some reason or the other. During the premiere, she was questioned by the host if she admits to making adult films. Watch the video here - 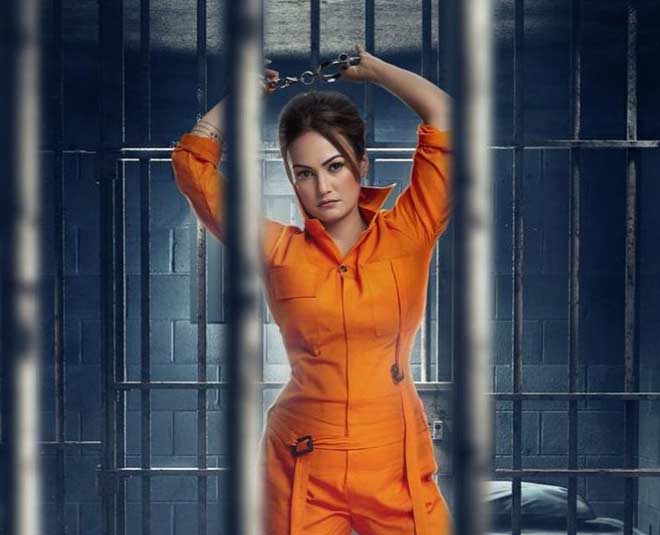 The actress made headlines last year due to her personal life. She accused her husband Karan Mehra of domestic violence. The couple is currently fighting a legal battle.

He was previously seen in Salman Khan's Bigg Boss 13. Tehseen Poonawala is a lawyer and activist.

He was last seen in ALT Balaji's show, Puncch Beat. He has earlier starred in shows like Big F and Splitsvilla.

President of Akhil Bharath Hindu Mahasabha, Swami Chakrapani came into the headlines when he blamed the slaughtering of animals and the consumption of non-vegetarian food for the coronavirus outbreak in the country.

Known for her controversial statements, Payal Rohatgi too is a part of Lock Upp.

Anjali is a popular face on social media. However, much isn't known about her.

The Indian female wrestler who has brought us much pride in the past too is a part of the show. At the premiere night, Babita Phogat's political journey was questioned by Kangana Ranaut.

Sara Khan, who was also seen in Bigg Boss 4 will be a part of Lock Upp. The actress got married to Ali Merchant inside the Bigg Boss house but the two separated later.

Previously Swapnil Shinde, Saisha Shinde came out as a transwoman this year.

Shivam Sharma was last seen on Splitsvilla. He was one of the most controversial contestants on the show.

A popular face of the telly world, Karanvir Bohra has starred in shows like Naagin, Kasautii Zindagii Kay among others. At the premiere, he was called a loser for losing reality shows back to back.

Raveena Tandon Too A Part Of The Show?

In the new promo shared by the channel, Raveena Tandon appeared on the show. Will she be seen as just a celebrity guest or there is more? We might have to wait to know!

The show is streaming 24X7 live on ALTBalaji and MX Player. Tell us which contestants performance on the show are you looking forward to and why on our Facebook page. For more such stories, stay tuned!