A few days ago Kangana took a dig at Alia as she calls her bimbo and papa ki pari. Now, the Gangubai Kathiawadi actress is back with a befitting reply.

Once again, Kangana has crossed all limits with her nasty comment. Ahead of the theatrical release of Alia Bhatt’s Gangubai Kathiawadi, Kangana calls her papa ki pari and romcom bimbo.

She posted a story on Instagram saying, “movie mafia’, Kangana Ranaut said Bollywood is destined for doom until the movie mafia holds power. Kangana wrote on her Instagram Stories, “This Friday 200cr will be burnt to ashes at the box office ... for a papa (movie mafia daddy) ki pari (who likes to keep a British passport) because papa wants to prove that romcom bimbo can act... biggest drawback of the film is wrong casting...yeh nahi sudhrenge (these people won't change) no wonder screens are going to South and Hollywood films ... Bollywood is destined for doom jab tak movie mafia has power…”

"Bollywood mafia daddy papa Jo who has single handedly ruined the work culture in the film industry, has emotionally manipulated many big directors and forced his products of mediocrity on their cinematic brilliance, another example will be following soon after this release... people need to stop entertaining him, in this friday release even a big hero and greatest director are the new victims of his manipulations,"she added. However, this time Alia decided to speak up and gave a befitting reply but with dignity. Alia Bhatt was recently in Kolkata to launch Gangubai Kathiawadi’s new song, Meri Jaan. Replying to Kangana's remark, Alia said, as quoted by news agency PTI, "Lord Krishna had said in the Gita that inaction is an action. That's all I want to say."

This is not the only time Kangana took a dig at Alia. There have been numerous occasions when Kangana commented on Alia.

It all started when Kangana started the rant of nepo kid and put blame on all the star kids of snatching opportunities from outsiders. She seemed to have a special problem with Alia as she specifically targeted the Gangubai Kathiawadi actress along with Karan Johar.

Don't Miss: Here's What Mira Rajput Is Doing To Have A Bit Of Fun! 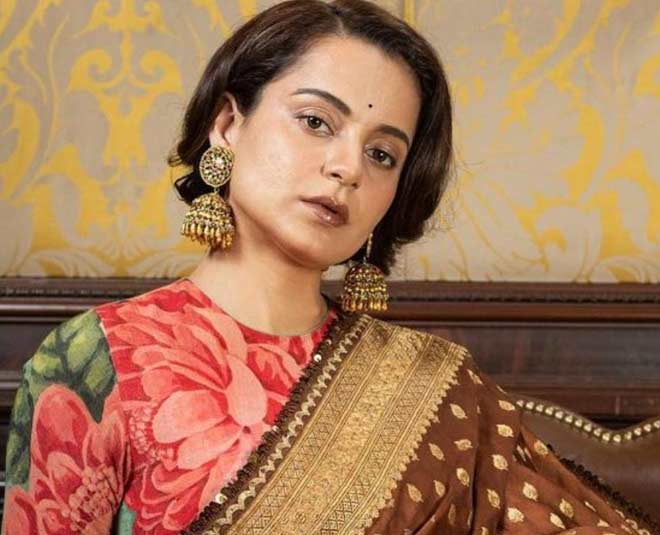 Kangana slams Alia Bhatt and her Gully Boy co-star Ranveer Singh and calls them irresponsible for their apolitical remark. However, Alia feels that there are already so many opinions in the world and she is an actor who just wants to focus on her work.

Kangana Ranaut criticised Alia Bhatt’s film Gully Boy and said that it doesn’t deserve any awards and there were far better films in the same year that was worthy of the awards that were given to Gully Boy.

In an advertisement for a brand, Alia Bhatt can be seen in the avatar of a bride who is against Kanyadaan as daughters are not a thing that can be given away. However, this didn’t go well with Kangana and she again had a problem as she criticised the same.