After years of being together, Dhanush - Aishwaryaa, Nitish Bharadwaj - Smita Patel have parted ways.

In the past year, we witnessed a couple of celebrity divorces. South Indian superstar Dhanush and his wife Aishwaryaa, TV actor Nitish Bharadwaj and wife Smita Patel are the latest to join the lot. Dhanush - Aishwaryaa and Nitish Bharadwaj - Smita Patel recently announced their separation. Their announcements have shocked their fans and the entire industry.

Dhanush and Aishwaryaa were married for over 18 years. The couple announced their separation recently with a statement on their respective social media handles. Their joint statement read, "18 years of togetherness as friends, couple, as parents and well-wishers to each other.. The journey has been of growth, understanding, adjusting, and adapting. Today we stand at a place where our paths separate... Aishwaryaa and I have decided to part ways as a couple and take time to understand us as individuals for the better. Please do respect our decision and give us the needed privacy to deal with it."

Dhanush made his acting debut with the movie Thulluvadho Ilamai. It was directed by his father, Kasthuri Raja. He was next seen in the movie Kaadhal Kondein in the year 2003. The movie got Dhanush and Aishwaryaa closer. How?

Aishwaryaa along with her sister Soundarya went to watch the movie at Albert Theatre and this is where Dhanush and Aishwaryaa met for the first time. After watching the movie, Aishwaryaa sent flowers to Dhanush with a note to praise his performance. Dhanush then called to thank her for the same. That's how the two started to talk and within 6 months they got married.

Aishwaryaa and Dhanush' separation has come as a shock to their fans. Many took to their social media handles and questioned what really happened between the two. Last year in the month of October, Aishwaryaa had shared a post with father Rajinikanth and husband Dhanush in the frame when they won the National Award. She captioned the post, "They are mine … and this is history 💜💜#prouddaughter❤️ #proudwife."

Soon after Dhanush and Aishwaryaa's announcement, Aishwaryaa's sister, Soundarya Rajinikanth took to her Twitter handle and changed the display picture to a childhood picture with herself, Aishwaryaa, and father Rajinikanth in the frame. She captioned it, "#NewProfilePic."

On the work front, Dhanush was last seen in Sara Ali Khan and Akshay Kumar starrer Atrangi Re directed by Aanand L Rai. He will next be seen in the Hollywood film 'The Gray Man'. On the other hand, Aishwaryaa has directed films like 3, Vai Raja Vai among others. Reportedly, Dhanush and Aishwaryaa plan to co-parent their kids, Yatra and Linga.

Don't Miss: Celebrity Break Ups Of 2021 That Broke Our Hearts

Television actor Nitish Bharadwaj who is best known to play the role of Lord Krishna in the TV series Mahabharat parted ways with his wife Smita Patel in the year 2019. The two are parents to twin daughters. The actor announced his divorce recently.

For those who don't know, Nitish Bharadwaj got married to Smita Patel who is an IAS officer. The couple was reportedly married for 18 years. They decided to part ways reportedly because of unresolved differences in their relationship. Ever since the two filed a divorce, their twin daughters have been living with the actor's wife. The case is still pending in court.

Recently, actor Nitish Bharadwaj in an interview with Bombay Times gave an insight into his divorce.

Nitish Bharadwaj and his wife Smita Patel filed a divorce in the Family Court in Mumbai in the year 2019. Though he didn't mention the reason behind the divorce but shared the development in the divorce case with the Bombay Times. He said, “All I can say is that sometimes divorce can be more painful than death as you live with an amputated core.”

“It’s the children who suffer the most when a family breaks down. So, the onus is on the parents to ensure that there’s minimum collateral damage that their children have to go through,” he added.

Don't Miss: Celebrities Who Separated After Being Together For Over A Decade

On Being Unlucky In Marriage 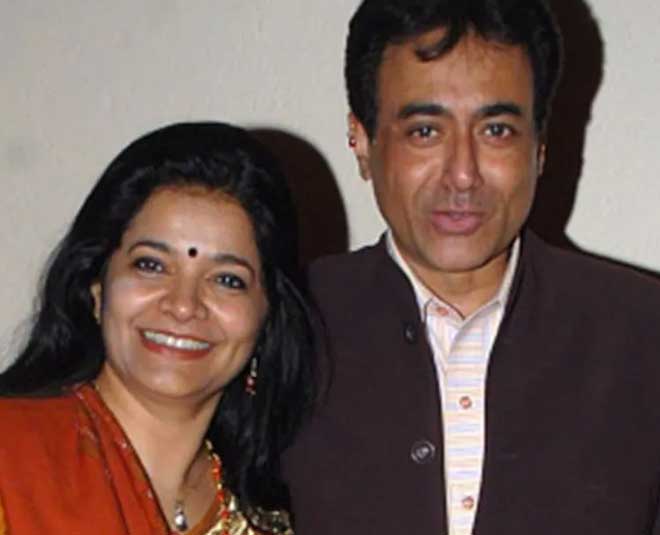 The actor further shared that he is a believer in the institution of marriage but he has been unlucky. According to a report by Bollywoodshaadis.com, he said, "I am a firm believer in the institution, but I have been unlucky. Generally, the reasons for the breakdown of a marriage can be infinite, sometimes it's because of an uncompromising attitude or lack of compassion or it could be a result of ego and self-centered thinking. But it's the children who suffer the most when a family breaks down."

It is quite heartbreaking to see their respective relationships end on such a sad note. What are your thoughts on Dhanush - Aishwaryaa, Nitish Bharadwaj - Smita Patel parting ways? Share your thoughts with us on our Facebook page. For more such stories, stay tuned!