Characters in Bollywood movies can create a special place in our hearts and it hurts when they don't get what they deserve. Here are the 5 times, we f...

Movies are written and presented in such a way that we become emotionally attached to the fictional characters as we watch them. We feel happy for their happiness or get sad after learning about their problems. And it hurts just as much when good characters don't get endings like they deserve.

Here are some of the times when I felt the characters did not get the ending that they deserved. 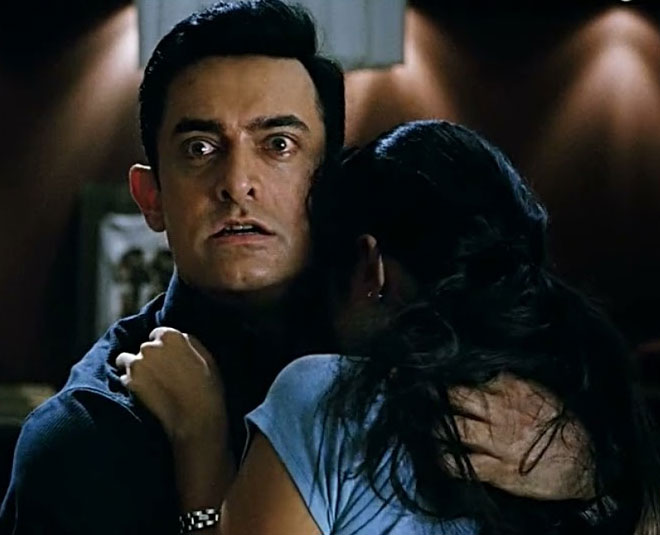 Ghajini was a movie that brought tears to almost every eye. It had some heartbreaking scenes but one thing that still hurts me is the fact how Sanjay Singhaniya, played by Aamir Khan, never got to tell Kalpana (played by Asin) that he himself was Sanjay Singhania whom she always admired, and lived with that regret throughout.

Another thing that still does not sit with me is how he was left to live with fragmented memories. He deserved much, much better than this.

Laurent was a sweet, caring and genuine guy, who loved Shashi (Sridevi) with her flaws which her husband often found intolerable. Even though the movie ended on a right note, I would have liked to see Shashi fly to France with Laurent, after leaving her husband and eat french fries and ladoos there.

The way he said in french, "Whatever happens, meeting you, it will remain special in my life, always!" is >>> than anything.

Don't miss- Sridevi Birthday: 5 Quotes That Remind Us That The Late Actress Was A Woman Of Strength Meghna (Manjari Fadnnis) was a sweet character who chose the wrong guy. All she wanted was to have a happy love-life different from what she witnessed at home. There is no doubt that Jay and Aditi were meant to be together, but how Jay broke Meghna’s heart because he was unsure about his feelings was totally unfair. Meghna was a beautiful human and she deserved better!

Cocktail was a problematic film with a misogynistic plot. The movie indicated that while a guy can sleep with wild, adventurous girls, he will prefer a shy and religious girl for marriage.

Veronica (Deepika Padukone) was that adventurous girl who lived with her best friend Meera and was dating Gautam, a man with a similar personality. But the twist came when her boyfriend and shy, religious best friend fell in love, ignoring Veronica's feelings. The film went on where the unapologetic Veronica changed everything about her to become like Meera to get Gautam's acceptance and win his heart.

The film did not do justice to her character and makes me believe that Veronica not only deserved a better ending but also some better friends.

Don't  Miss: Problematic Bollywood Movies That We Have Been Romanticising It was an extremely sad moment when Kaali (Priyanka Chopra), in the middle of a beautiful song, O Saiyyan, was killed, right after getting married to her lover. She was that happy character in the movie who within some time made place in our hearts. Her death was totally unexpected. The lovely woman deserved better.

The movies only last 2 to 3 hours on screen, but characters like these stay with us for a long time.

What are the bollywood characters you think deserved a better ending? Please let us know and share your thoughts on our Facebook page.

For more such stories, Stay tuned!