Problematic Bollywood Movies That We Have Been Romanticising

While we romanticize all the Bollywood movies that we watch, do we realise how problematic some of them are? 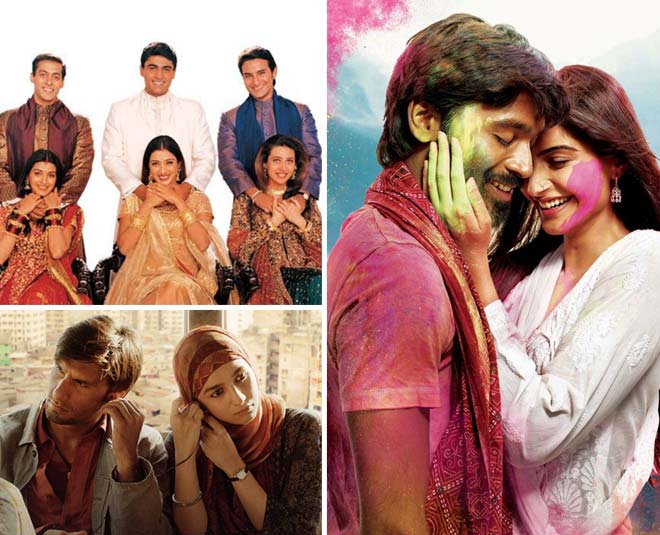 We love Bollywood. The romance, the comedy, the action, and the passion! What about the script though? Do we love that too? After the release of Kabir Singh, there was a nationwide discussion on how the movie is sexist, racist, misogynistic, and extremely problematic. Kabir Singh as a movie was explicitly offensive. It was almost like it was made with the intention of offending people.

However, there are several movies in Bollywood that are also problematic but no one realises it. This is either because the problem is deeply normalized in the society or the problematic nature of the movie has been carefully hidden behind happy endings and romance. Here are a few Bollywood movies that we have romanticised so much so that we have overlooked how problematic they are.

(Problem? The problem is that she is a girl!)

This monologue gained so much popularity when the movie was released. What one does not notice is that this entire monologue is generalising women as evil beings who only live to shop and pester their men. In fact, all the women in the movie were portrayed negatively. This movie boxes women in the category of self-centered, attention-seeking beings who only live to woo men. Not true Bollywood! It is actually quite hilarious how women are portrayed as selfish characters who always live off the wealth of men and have never-ending desires in a movie that is made in a country where women don’t even have their share of rights, let alone their desires.

This movie has been watched over and over again by most of us! The storyline, acting and the overall vibe of the movie was so engaging! However, something that may strike you if you watch the movie after a certain age is the problematic beauty standards that the movie adheres to. Anjali (Kajol) has loved Rahul (Shah Rukh) all her life.

However, since she wasn’t ‘feminine’ enough for him, he never thought of her as beautiful. However, when the same character of Anjali grows her hair, starts to wear Indian outfits and indulge in more ‘girly’ things, Rahul defies his entire theory of ‘We only love once” and wishes to marry her. Why is beauty in women just about their outfits, hair and physical attributes?

What could possibly be problematic about such a family-oriented movie? Where do we start. Is it the strictly divided gender roles? Men work women cook. Is it how the friends of the mother are portrayed as women who feed on gossip? Perhaps it is the dialogue “Jaha ghar ki ladies aur bachiyan hame apne haath se pyaar se khaane khiya, wahi ghar, ghar hai!”( a house feels like home when the women and young girls of the house cook and feed us).

Yes, that is very true because according to this movie the time that women have in hand after a day full of talking in hushed voices and giggling in the corner must be carefully invested in cooking and making the men happy. After all that is all our purpose to live comes down to right? talk about Bollywood movies and gender discrimination! This movie is problematic because of the character of Safeena played by Alia Bhatt. It won’t be an exaggeration to say that she is the female Kabir Singh. The way she hit Sky with a bottle on her head, is extremely possessive, so much so that she goes and fights Albina because she sent a text message to Muraad. The character of Safeena is seen by the majority as a powerful woman. Toxicity sees no gender, and Safeena is a toxic girlfriend.

This movie with all its beautiful love songs that never get old has a very problematic message. It glorifies harassment. Not only this but it somehow tries to show stalking as an act of love. Even when Zoya (Sonam Kapoor) constantly refused his proposals, Kundan knows not to stop. This movie has a problematic storyline of harassment wrapped in beautifully written poetry strung together by music.

These were just a few of the many toxic Bollywood movies. Stay tuned to Her Zindagi for more such content!

Bollywood Women In Bollywood
Read Now
Next
X
X
+
For You +