While Bigg Boss helped revive the careers of many, others went missing after their stint on the show. Well, we will still have to wait to know if it comes out to be true and if it really happens then we will have another name in the list of female contestants who have won the controversial reality show.

Meanwhile, we thought of taking you through the list of all the women contestants of Bigg Boss who won the show in the past. Read on. 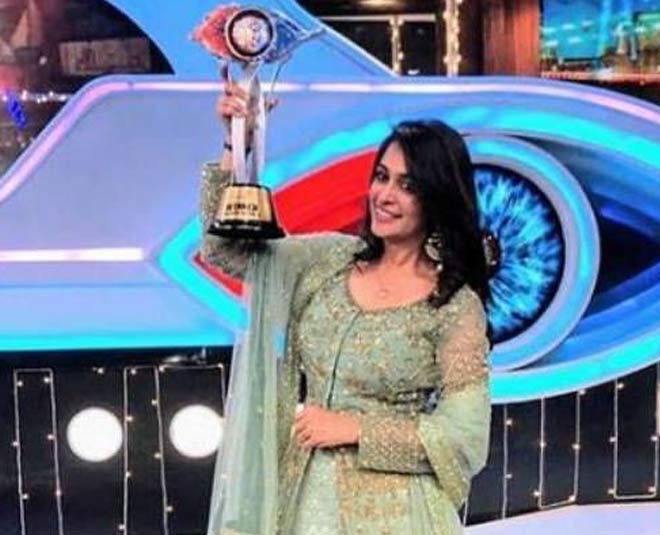 Dipika Kakkar managed to win the heart of the viewers with her game on the show. She ended up becoming the winner of Bigg Boss 12. Dipika Kakar, however, has been missing from the limelight for a long time now. Popularly known as Angoori Bhabhi, Shilpa Shinde was seen on Bigg Boss after her exit from the show Bhabhiji Ghar Par Hai. Her ugly spats with Vikas Gupta grabbed a lot of limelight on the show. In the end, she walked away with a trophy. She was last seen on the web show, Paurashpur.

Don't Miss: Vikas Gupta To Gauahar Khan, Bigg Boss Contestants Who Walked Out Of The Show Gauahar Khan's bond with co-contestant Kushal Tandon became the highlight of the season. She played with dignity and this made her take home the trophy in the end. Gauahar Khan recently got married to beau Zaid Darbar. Professionally, she was last seen in the much controversial web series, Tandav. The actress who is best known for portraying the role of 'Komolika' managed to grab a lot of limelight while on Bigg Boss. She won millions of hearts and took home the trophy. For a long time now, she has been missing from television. Another popular face of television, Juhi Parmar entered the Bigg Boss house when her career started to fade. She managed to win the show. She is currently seen on the show, Hamari Wali Good News. The actress who became a household name after her show Kasautii Zindagii Kay saw a drop in her career graph post the show came to an end. However, Bigg Boss helped her revive her career. During her stint on the show, she was seen having a sour relationship with co-contestant Dolly Bindra but in the end, she managed to win everyone's heart. She was last seen on the show Mere Dad Ki Dulhan.

Who among these was your favorite female contestants and why? Share with us!