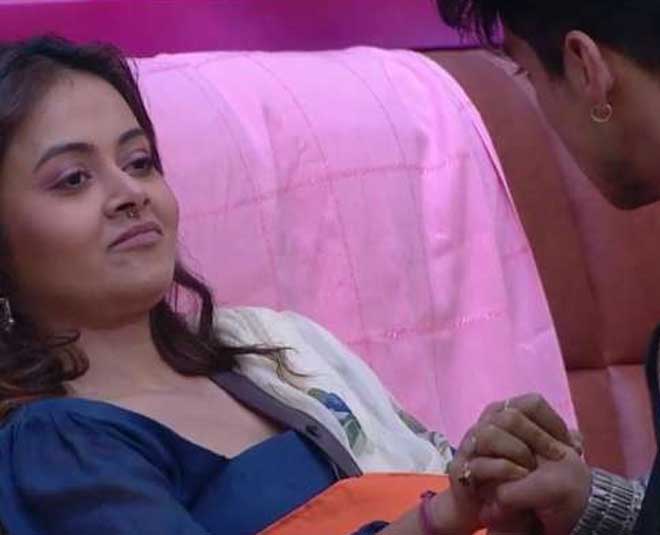 The episode takes place when Abhijeet Bichukale is seen sitting inside the box as he is asked to sit in the cardboard box as per his counting to 28 minutes.

A new love interest has been showing up in the air of Bigg Boss house as Umar Riaz and Rashami Desai have been mingling together for quite some time now.

We spotted a small argument that took place between Umar Riaz and Rashami Desai over Rashami Desai supporting Abhijeet Bichukale and her having a conversation with Rakhi Sawant as she was making an alliance.

The next round had Rashami Desai as the contender that was chosen to sit in the cardboard box for the next 28-minute count.

With Umar Riaz helping Rashami Desai, he is seen skipping his way to the restroom to safely count on her behalf and help her.

The two exit their respective places at almost the same time and are seen very happy. 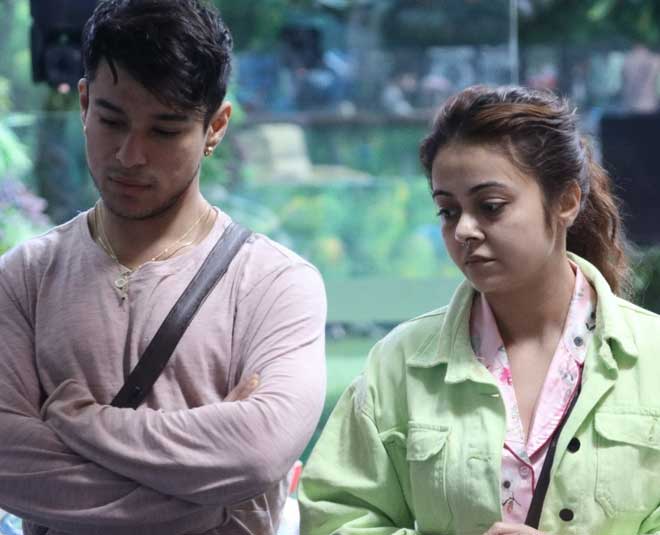 Devoleena Bhattacharjee and Pratik Sehajpal have also been seen mingling around in the house as the love quotient of the Bigg Boss house this season has been gaining quite a number.

Pratik Sehajpal is heard talking to Devoleena Bhattacharjee and asking her about her exact relationship level with Abhijeet Bichukale as the two seem to have had a weird vibe throughout the 3 weeks that the two have been in the show as they entered as wildcard entries with Rakhi Sawant, Rashami Desai, and Ritesh Singh.

The two are seen having a conversation as Devoleena Bhattacharjee is heard pointing out how people in the house thought very differently of Abhijeet Bichukale than he really is. 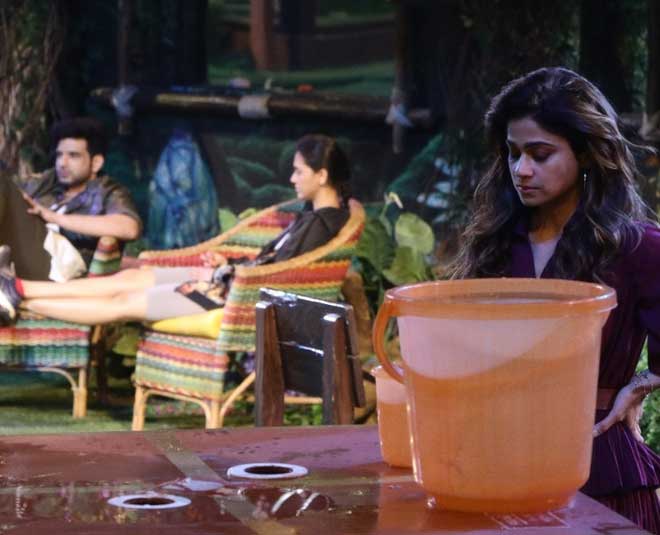 The fourth person to go in the cardboard box is Umar Riaz. To return the favour or out of love, Rashami Desai is seen heading to the washroom to start her counting as well.

Nishant Bhat and Shamita Shetty are seen trying to add obstacles for Rashami Desai in an attempt to force her into staying in the washroom area.

Tejasswi Prakash is the last one to go in the cardboard box. As the task had started, everybody got into the force of playing as Shamita Shetty was seen with a pan of hot red chilies and the smoke being directed towards the inside of the box.

Meanwhile, the task is going on, Devoleena Bhattacharjee and Pratik Sehajpal crash into a fight and move against each other with the name-calling.

A Twist By Bigg Boss 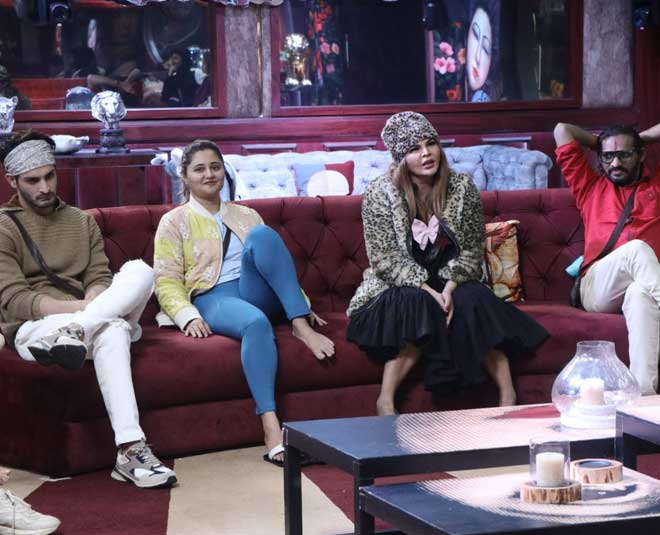 With the end to the task, Tejasswi Prakash, Rashami Desai, and Karan Kundrra have been saved because of their counting while Umar Riaz and Abhijeet Bichukale are back into the nominations while the three saved contestants nominated Pratik Sehajpal, Devoleena Bhattacharjee, and Shamita Shetty during the process.

Who will be the one to be evicted this week? Connect with us over Instagram and let us know! Stay tuned to HerZindagi for more!