It is once again that time of the year! The much-awaited, Bigg Boss season 14 grand premiere will air tonight. 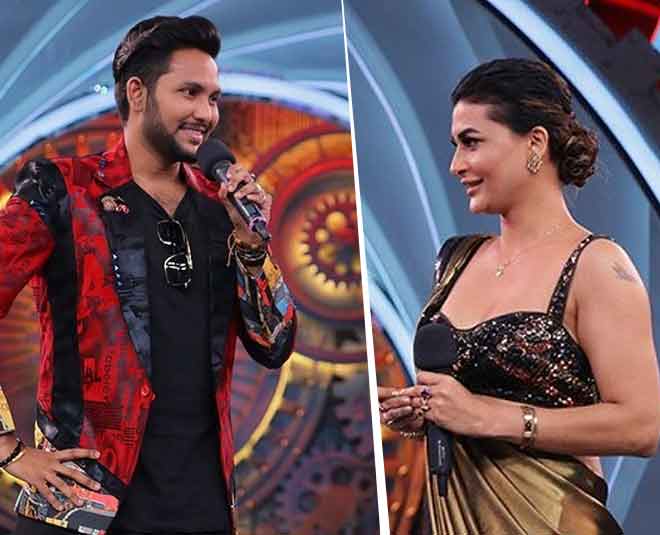 It is finally the big day! Bigg Boss 14 grand premiere will finally air tonight at 9 pm on Colors. Bigg Boss is one of the most popular reality shows on television and this time it is coming back with its 14th season. All the contestants entering the Bigg Boss house this time will be announced tonight. However, we are sure, all you fans must be speculating some names. Well, we have been bringing you all the updates from the show and today we will get you live updates. We already have managed to scoop out a lot of information. Read on to know.

A picture of Salman Khan, dressed in an all-black avatar earlier went viral on the net. The actor can be seen entering wearing a black mask.

Bigg Boss grand premiere shoot got completed yesterday early morning. An Instagram page dedicated to Bigg Boss 14 shared some pictures from the sets of the show on social media. In one of the pictures, Rubina Dilaik and husband Abhinav Shukla can be seen interacting with host Salman Khan. Have a look:

Reportedly, Rubina and Abhinav will be entering the Bigg Boss house only for 40 days. For their stint on Bigg Boss, they are charging a whopping Rs. 5 Lakh.

Art Director, Omung Kumar also shared pictures of Bigg Boss 14's new set. Sharing the pictures onInstagram, the director captioned the post, "PROUD TO PRESENT THE #biggboss HOUSE... THE FUTURE IS HERE. Production Designer @vanita_ok Art Director @omungkumar @colorstv @endemolshineind @beingsalmankhan God is in the detail, well haven’t left any corner without any detail. It was tuff to design and make the house in this lockdown, but we pulled it off. #biggboss2020."

Don't Miss: Exclusive: Secrets Of Bigg Boss Nobody Told You: How Are Contestants Selected, Who Brings Food On Weekends

In a new promo shared by the channel on social media, the makers take us through the new Bigg Boss house. This time, due to the pandemic, all the contestants of the house were quarantined at different places. The promo also shows us how the crew at Bigg Boss has been sanitising each and every corner of the house to ensure the safety of the contestants arriving. The Bigg Boss voice further in the video shared that the house has been sanitised and kept closed and now it is the safest corner in the world which is ready to entertain for the next 105 days.

As we told you earlier, Gauahar, Hina, and Sidharth Shukla will be a part of the show for a few days. Reportedly, the three would be deciding which contestants will get to stay inside the house after 14 days. As the show began, the three took us through their journey on Bigg Boss.

Gauahar Khan will be in charge of the kitchen. She will be deciding who gets how much food, who cooks, and who doesn't.

All the personal items of the contestants will be under Hina Khan and she will be deciding who gets what and when depending on who is on her good books or bad books.

Sidharth And Gauahar's War Of Words

A new video clip from the sets of the show has leaked and it shows Sidharth Shukla and Gauahar Khan fighting at the grand premiere night. Have a look at the video here:

@gauaharkhan v/s @realsidharthshukla in the Grand Premiere Night Of Bigg Boss 14 ! . . Follow @biggbossjassos For more updates & videos . . #sidharthshukla #gauharkhan . . Disclaimer : All Copyrights Reserved To Colorstv & Endemol Shine ! **FAIR USE** Copyright Disclaimer under Section 107 of the copyright act 1976, allowance is made for "fair use" for purposes such as criticism, comment, news reporting, teaching , scholarship, education and research. Fair use is a use permitted by copyright statute that might otherwise be infringing. Non-profit, educational or personal use tips the balance in favour of fair use .

Eijaz Khan and Nikki Tamboli arrived on the sets of the show as the first two contestants of the show. Nikki Tamboli is a 24-year-old South Indian actress who has starred in movies like Thippara Meesam, Kanchana 3, and Chikati Gadhilo Chithakkotudu. On the other hand, Eijaz Khan is a popular face of the television and Bollywood world. He was last seen on the show, Jag Janani Maa Vaishno Devi - Kahani Mata Rani Ki.

And now, we have a beautiful jodi in the house! Comment below with a 👫 to show your love for @ashukla09 & @rubinadilaik ! ❤️ #BB14 #BiggBoss2020 #BiggBoss14 #BB14GrandPremiere @beingsalmankhan 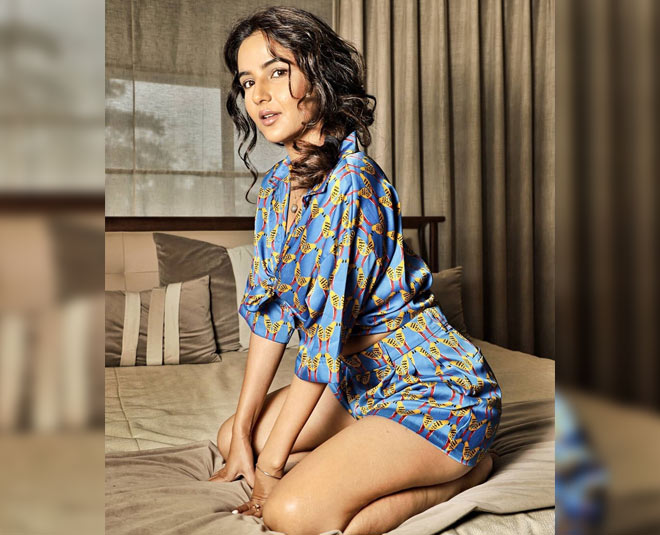 Jasmin Bhasin, who is a popular face of the television world also entered the Bigg Boss house. She was last seen on a stunt-based reality show, Khatron Ke Khiladi.

A post shared by Nishant Singh Malkhani (@nishantsinghm_official) onOct 3, 2020 at 1:14am PDT

Another popular face of the telly world, Nishant Singh Malkani next entered the show. The actor is best known for his shows, Ram Milaayi Jodi and Guddan Tumse Na Ho Paayega.

Shehzad Deol is a model and was earlier seen in model hunt show, Top Model India. He was the first runner up on the reality show.

Spiritual leader Radhe Maa entered Bigg Boss to bless the new house. While exiting the show, she blessed the show and shared she would come again whenever called.

Rahul Vaidya Arrives As Next Contestant

Remember Rahul Vaidya? He was the second runner up on Indian Idol season 1. He rose to fame after the singing reality show and gave his voice to a lot of hit songs.

We will be bringing you fresh updates from Bigg Boss, stay tuned!