Aishwarya glows like gold in these old pictures from her baby shower. 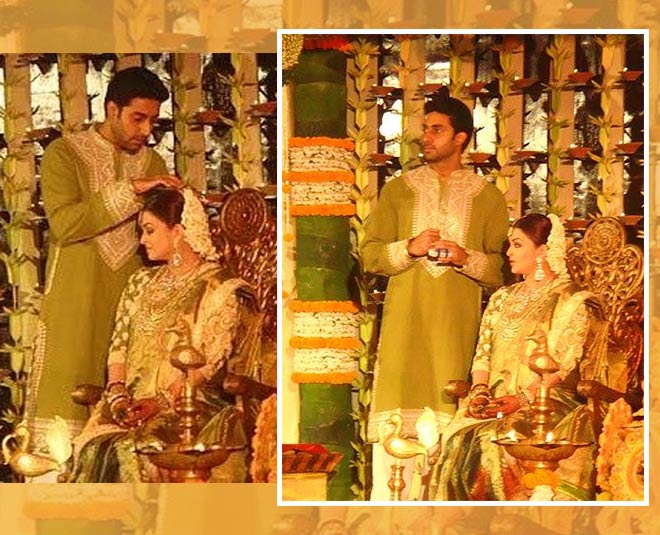 We recently shared with you some beautiful throwback pictures from Abhishek and Aishwarya's wedding and sangeet. These golden pictures are still going viral on the internet.

There is one picture where Abhishek can be seen fixing Aishwarya's gajra. Isn't it adorable? In another picture, Amitabh and Jaya Bachchan can be seen blessing Aishwarya. 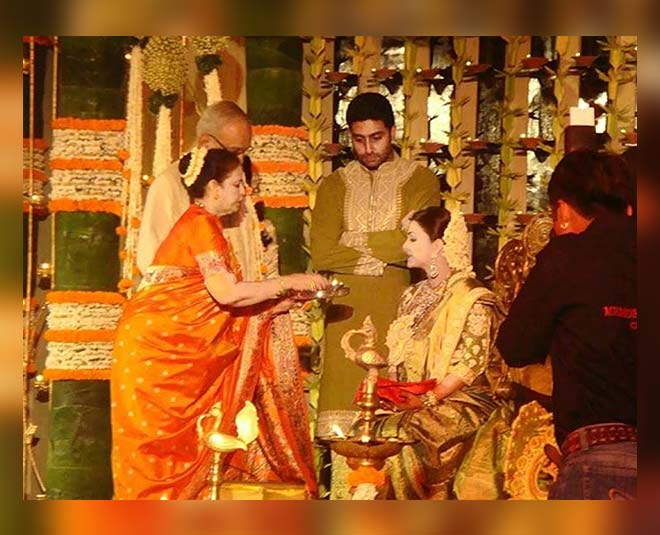 Aishwarya's parents too can be seen with the aarti thali. 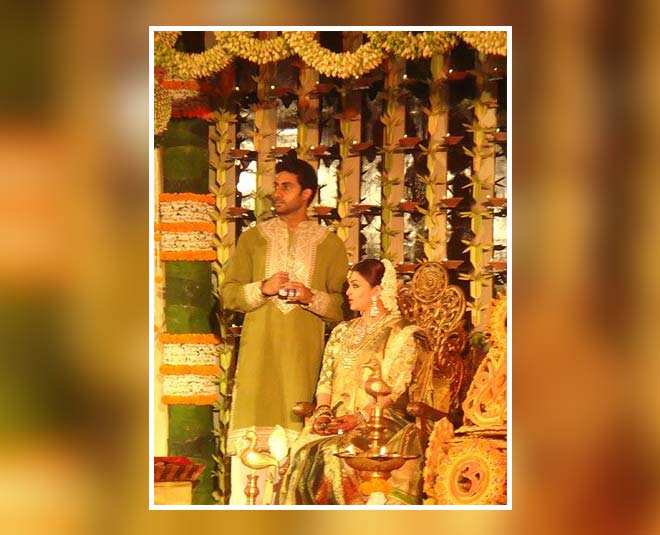 Aishwarya and Abhishek got engaged around 12 years ago. Everything happened really quick. In an interview, Aishwarya talked about the sudden roka which she had no clue about.

She said, “I didn’t even know there’s something called a ‘roka’ ceremony. We are South Indians, so, I don’t know what a ‘roka’ is and suddenly there is this call from their house to ours; ‘we are coming’.”

A post shared by AishwaryaRaiBachchan (@aishwaryaraibachchan_arb) onMay 19, 2019 at 3:39am PDT

She also shared,  “Abhishek was like ‘we are all coming and I can’t stop dad. We are on our way. We are coming to your place’. I’m like, ‘Oh my God!’ So, this ‘roka’ is happening with a call to my father, who is out of town.”

Both Abhishek and Aishwarya are missing from the silver screen for a long time now. Soon, Abhishek will be seen on Amazon Prime Video. Aishwarya is currently working with Mani Ratnam on her next project.