Saikhom Mirabai Chanu gave us the first silver at Tokyo Olympics in the women's 49 kg category. Weightlifter Saikhom Mirabai Chanu was the first athlete to give India its first medal, a silver medal at Weightlifting in the women's 49 kg category. Mirabai Chanu's victory created a lot of buzz. After winning a silver at the Olympics, she shared that she would love to have some pizza because she was on a strict diet for months because of the event.

Her desire to eat pizza made Domino's promise her a lifetime free pizza as a token of appreciation.

Let's quickly take you through her journey at the Olympics. 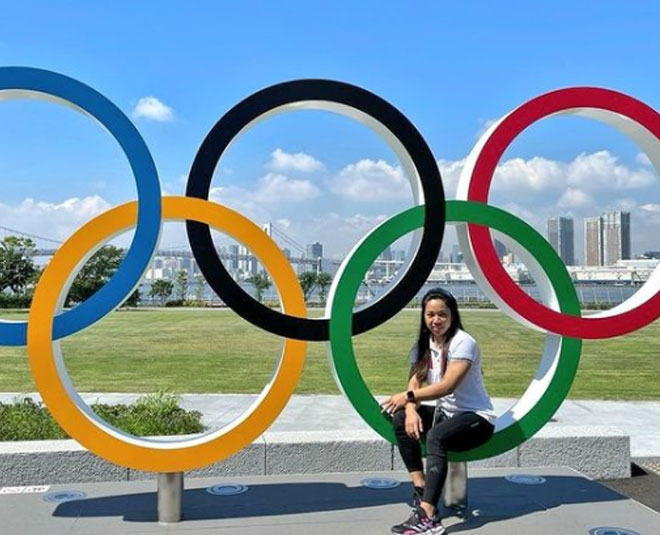 Saikhom Mirabai Chanu went for 117 kg on her final attempt on the first day of the games but she failed at won the silver medal. China's Hou Zhihui won the gold medal. In her second attempt, she went for 115 kg and did it. She created a new Olympic record by lifting 115 kg.

When Mirabai Chanu first won at the Olympics, the news went all over social media. A lot of celebrities took over their Twitter handles and congratulated her for her win.

Former Cricketer, Virender Sehwag tweeted, "Ghazab. Bhartiya Naari Sab par Bhaari. #MirabaiChanu, remember the name. Thank you for making us all proud  @mirabai_chanu  , and winning us a Silver at the Olympics. Many more to come. #Tokyo2020."

Could not have asked for a happier start to @Tokyo2020! India is elated by @mirabai_chanu’s stupendous performance. Congratulations to her for winning the Silver medal in weightlifting. Her success motivates every Indian. #Cheer4India#Tokyo2020pic.twitter.com/B6uJtDlaJo

Retired sports shooter, Abhinav Bindra tweeted, "Many many Congratulations to @mirabai_chanu on winning India’s first medal at #Tokyo2020. Such An inspiring performance that will be remembered for a long time to come and will inspire generations. Well done 🙌."

Have a look at how Mirabai Chanu's family reacted to her win at the Olympics:

The Indian weightlifter hails from Nongpok Kakching, Imphal, Manipur. Her family identified her strength at a very early age. When she was 12, she used to carry bundles of firewood to home along with her elder brother. Surprisingly, she carried those huge bundles of wood easily which her brother too found too heavy to pick.

At a very early age, she decided to be a sportsperson but because of her obsession with being tidy, she wanted to choose a sport where she doesn't come back home dirty. In an interview with PTI, she shared that she wanted to be an archer. 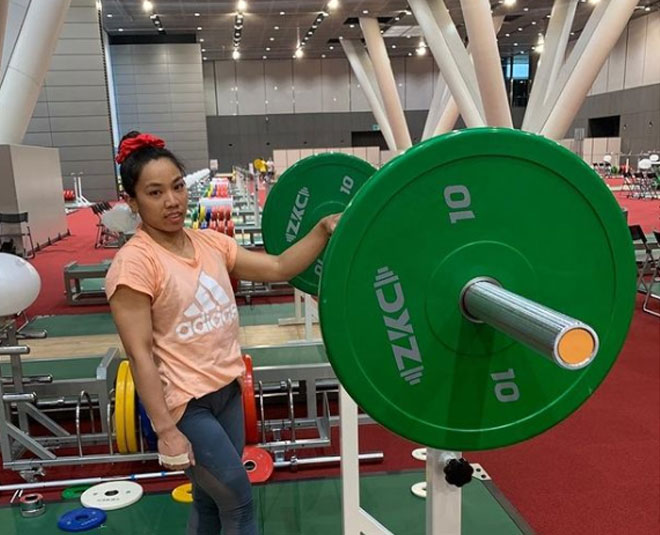 Mirabai Chanu travelled to the Sports Authority of India in Imphal with her cousins to find an archery coach. However, they didn't find a trainer there. She then saw a few clippings of Manipuri weightlifter Kunjarani Devi and got inspired. She then decided to take up weightlifting as her choice of sport.

Mirabai Chanu got coaching under Anita Chanu. She worked really hard on her body. She used to live in a village with her family and travelled about 22 km everyday to her training center.

Don't Miss: All About Middleweight Boxer Pooja Rani And Her Inspiring Journey To The Top

Later, she got a job as a Chief Ticket Inspector in the Indian Railways and continued working on her weightlifting.

Mirabai Chanu lifted 170 kg at the Commonwealth Games in the year 2014 and 186 kg at Senior Nationals. She won silver and gold respectively.

2018 was a tough year for her as she suffered from a back problem. Her coach took her to a doctor in USA where she recovered and got back to games.

Mirabai Chanu's journey to the Tokyo Olympics is indeed inspiring. No? Share your thoughts with us on our Facebook page. For more such stories, stay tuned to HerZindagi.